His cross-examination by Jethmalani, who is representing Kejriwal, remained inconclusive and will continue on May 15 and 17. 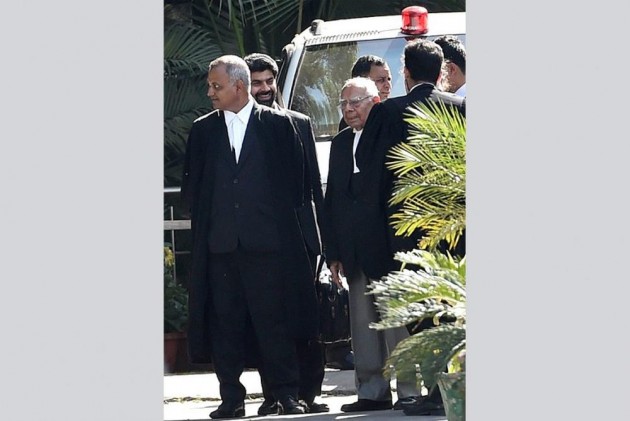 Union minister Arun Jaitley, fighting for damages from Arvind Kejriwal for his alleged libelous statement, faced a renewed attack from lawyer Ram Jethmalani who tried to connect the BJP politician’s 2014 electoral rout to a lack of reputation.

The Union Finance Minister and the former BJP member locked horns in court on Monday and resumed their jousting on Tuesday in the defamation case filed by Jaitley against Delhi CM Arvind Kejriwal and other AAP leaders whom he accused of making defamatory statements in 2015 after a CBI raid on Kejriwal’s secretary’s office.

A report in India Today says that Jethmalani referenced Jaitley’s loss in 2014 and commented on his ‘reputation’, saying: “What reputation are you talking about. You lost the election in 2014.”

NDTV mentions that the 93-year-old sneered while asking: “So this was the first time you were putting your great reputation at test in a democracy?”

Jaitley responded by saying that even Kejriwal had lost his constituency and that the result was due to a lot of factors other than ‘reputation’.

Jethmalani reportedly pointed out that Kejriwal was only repeating what journalist Madhu Kishwar had already alleged. He is also said to have gone after Jaitley and asked him if there was any personal enmity he had with former cricketer Bishen Singh Bedi, who has leveled allegations of corruption against Jaitley.

Jaitley refuted the allegations of financial bungling in DDCA, saying "a letter of Mr Bedi was written in 2015 and I had left the post of President in DDCA in 2013."

During the cross-examination which was full of drama, lawyers of both sides opposed various questions and answers and Jaitley's counsel - senior advocates Rajiv Nayar, Sandeep Sethi and Pratibha M Singh - termed some of them "scandalous".

The Finance Minister, who was put several controversial questions by Jethmalani, maintained calm and said "Mr Kejriwal has committed a serious act of libel through his malicious falsehood. Alleging that my wife and daughter are linked to fake companies was not only false but taking the public discourse to a very low level."

The duos verbal volleys come a day after they had gone toe-to-toe in the same case on Monday. Jethmalani kept making repeated jibes at Jaitley’s ‘reputation’ and ‘greatness’, once telling him that “it was your personal feeling about your greatness, that it can't be estimated in terms of fiscal measure”.

Jethmalani had asked 52 questions to Jaitley in his bid to prove that the lawsuit on defamation by the senior BJP leader was unfounded and should be dismissed. However, 11 questions were disallowed by the court. Jaitley has already tendered evidence in support of his civil defamation suit against Kejriwal and five others.

His cross-examination by Jethmalani, who is representing Kejriwal, remained inconclusive and will continue on May 15 and 17.