Singh said if the AAP is voted to power in Uttar Pradesh, it will give Rs 5,000 per month to the 34 lakh unemployed people registered with the state employment exchange. 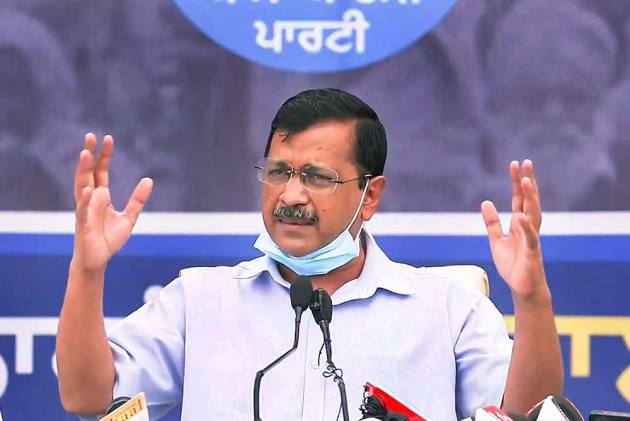 He said the rally will create an atmosphere for political discussion on important issues like employment. Earlier, Kejriwal's rally was to be held on November 28 but was postponed amid talk of a pre-poll alliance between the Aam Aadmi Party and the Samajwadi Party.

Singh told reporters that Kejriwal will address a grand rally in Lucknow on January 2 to launch the AAP's campaign for the Uttar Pradesh Assembly elections. "During this rally, he (Kejriwal) will make important announcements for 34 lakh registered unemployed people in the state," he said.

Singh said if the AAP is voted to power in Uttar Pradesh, it will give Rs 5,000 per month to the 34 lakh unemployed people registered with the state employment exchange. "An annual expenditure of Rs 20,400 crore will be incurred on this and taking it out from a budget of Rs 550 lakh crore is not an impossible task. Only the AAP will fulfil this dream," he said. According to AAP sources, the party has decided to go it alone in the state assembly polls to be held early next year.

On Union Minister Ajay Mishra losing his cool at reporters in Uttar Pradesh's Lakhimpur Kheri on Wednesday, Singh said he is the Minister of State for Home Affairs and is threatening journalists like goons. "The entire country saw this incident but it had no effect on the Narendra Modi government at the Centre. But due to this incident, India's image is being maligned all over the world," he said.

Mishra called reporters "thieves" and lunged at one of them when they questioned him on the October 3 violence in Lakhimpur Kheri for which his son is among the accused. A memorandum submitted by reporters also accused the minister of scuffling with them and snatching the mobile phone of one of them. The confrontation took place at a government health centre, 15 kilometres from the Lakhimpur Kheri district headquarters, where Mishra had gone to inaugurate an oxygen plant.