The Odd and Even scheme has followed me to Bangalore… 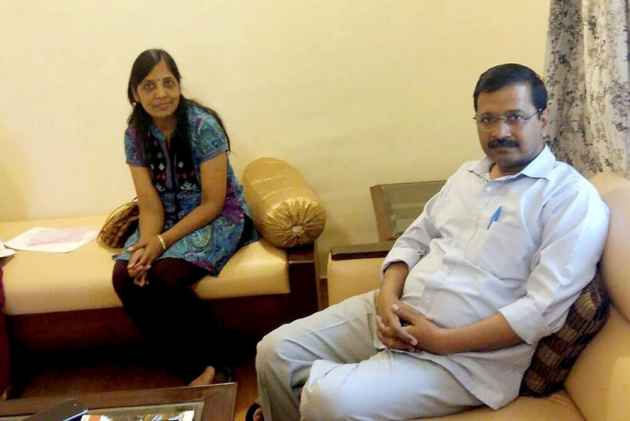 January 30: The Odd and Even scheme has followed me to Bangalore. I find it odd that the day I leave for my respiratory treatment, Modi tries to get even with me by trying to impose President's Rule in Delhi. Meanwhile, I am being subjected to colonic irrigation which is pretty much the same thing. The younger generation would refer to it as being shafted. I find it difficult to sleep after the day-long therapy and the doctors advise the counting sheep formula, except the vision that appears in my head is not sheep jumping a fence but lambs being led to slaughter.

January 31: The Jindal facility bans phone calls but I have special permission to speak to Sisodia once a day. After the conversation, I usually ask for an anti-depressant which is banned in a place like this, but as a special case, they keep a plentiful supply for me, just like the garbage they are throwing at my government back in Delhi. Sisodia says I am lucky to be on enforced leave otherwise I would be forced to learn a new trade—garbage collector.

February 1: It's the third day of treatment and it's a strange feeling to be free from coughs. There is no escaping it however. I have just coughed up Rs 550 crore as a loan to MCD to pay for the money they have swindled, and to compensate for the money the Centre has withheld. It's like bailing yourself out of a case where you are the victim, and not the accused. It's enough to give me a headache so I ask for a few Aspirins and Crocins which is banned here but kept in a special medicine chest for me.

February 2: The fourth day of treatment. The X-rays show my chest is almost clear but I still feel restricted and lacking breathing space, which is exactly what I feel when I'm in Delhi thanks to the Police Commissioner and the Lt Governor. I know it's not permitted, but I ask for a few doses of Ibuprofen to ease the pressure. The news from Sisodia gets worse. The MCG have refused my loan and the strike has spread. I could fly back to Delhi and check into a government hospital but they are all closed because of the strike. That is some conspiracy!

February 3: It's been five days of treatment and five days of the MCD strike. Coincidence or conspiracy? I am reduced to taking an antidepressant before I speak to Sisodia, and some after, along with the Asprin and the sleeping pills at night. The doctors are frantic with despair and say the special privileges as a chief minister is ruining the effects of their treatment. They sound just like the BJP leaders back in Delhi who would like me to lie down and take it like a man. Even in Bangalore I can't get away from being reminded about Delhi. Even here, they are going after African women, just like what happened with Somnath. They even had an investor summit today which brought all the crony capitalists I have named in my anti-corruption crusades to Bangalore. Coincidence or conspiracy?

February 4: My daily regimen continues to worry the doctors as I refuse to adopt the Lotus Position during the yoga session. They can't understand the symbolism. For that reason, I also declined to do the Backward Bend, the Downward Facing Dog pose or the Corpse Pose. I opted instead for extra sessions of the Superman Pose, the Cobra Pose and the Wind Relieving Pose. I'm now almost through with my treatment but thanks to the evil conspiracy in Delhi, I am popping more pills than I ever have and my allergic cough may be better but I have also acquired a chronic headache, hypertension, insomnia and also telephonophobia, which the doctors tell me, is an unnatural fear of receiving phone calls!