During 'Operation Madad' launched on August 9 for assisting the state administration and undertaking relief operations, the Naval personnel rescued 16,005 people 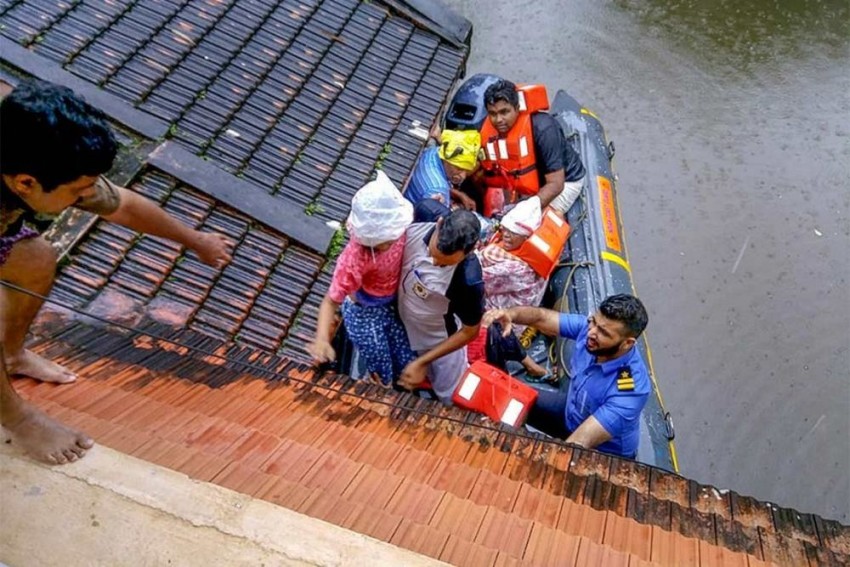 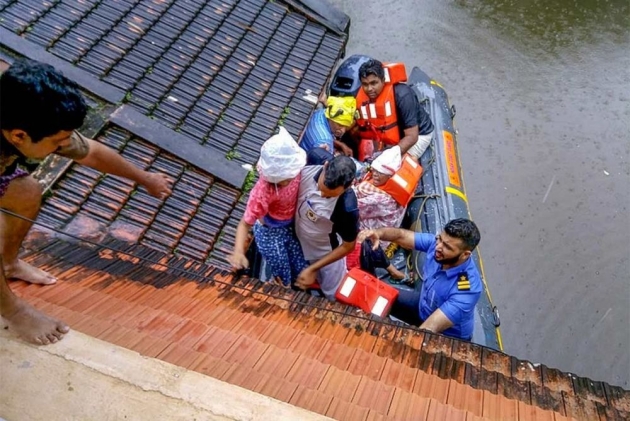 Saying that there were no more requests for evacuation as waters are receding in affected areas, the Southern Naval Command on Wednesday called off its 14-day long rescue operations in the flood hit state of Kerala.

During 'Operation Madad' launched on August 9 for assisting the state administration and undertaking relief operations, the Naval personnel rescued 16,005 people, the Navy said.

"The Southern Naval Command recalled all rescue teams deployed for #OperationMadad as flood waters receded and no more requests for rescue were received," a Defence release said.

According to the Disaster Management State Control room, 231 people have lost their lives and 32 are missing in flood-related incidents since August 8. Nearly 14.50 lakh people belonging to 3.91 lakh families are still lodged in 3,879 relief camps across the state.

Besides the Navy, personnel of the Army, the Air Force and Coast Guard were also involved in the rescue and relief operations along with civil administration.

Army's Southern Command chief Lt Gen D R Soni had on Monday said its personnel would continue to be engaged in the rescue operations in flood-hit Kerala till the situation
stabilised.

The Defence forces were involved in several daring rescue acts such as the air-lifting of a pregnant woman, winching up of a two-year old which won them widespread appreciation.

The Navy said that in addition to the rescue of the marooned, ten air sorties amounting to 15 hours of flying were undertaken by various naval aircraft, mainly for air dropping of relief supplies especially food and medicines.

Relief materials including fresh water, provisions, ready to eat meals and medicines which arrived onboard two ships of the Western Naval Command were distributed in various
localities in coordination with the civil administration.

The Naval airport was being used in view of the closure of the international airport at nearby Nedumbassery in the wake of floods.

Alliance Air, a subsidiary of Air India, and Indigo operated ATR 72 aircraft during the day.

The air station was also extensively used to airlift medical teams, food and medicines as required by the state government so that the relief supplies could quickly reach the
needy people, the release said.

Kerala Floods: 'We Will Rebuild Our State One Day', Says Actor Parvathy