Attacking the Left government, Opposition leader Ramesh Chennithala said the guidelines would amount to restrictions on the fourth estate. 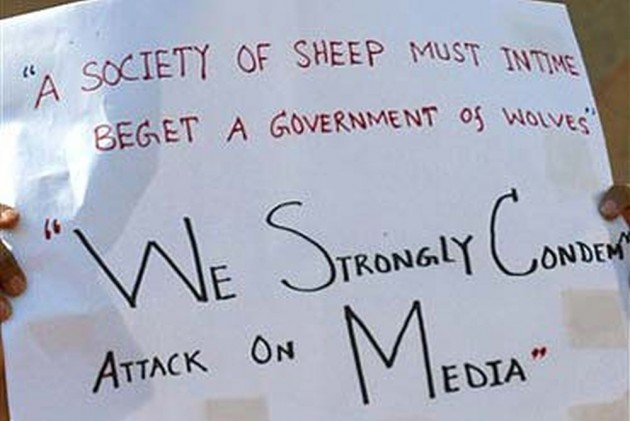 Kerala government courted controversy after the Kerala government issued a set of guidelines on media's interaction with the chief minister, cabinet ministers and celebrities within the Secretariat and other public places.

According to a circular issued by Additional Chief Secretary Subrata Biswas, the chief minister and ministers would inform the Public Relations Department (PRD) in advance, if they are planning to interact with media at public venues.

"The media can interact with them only after obtaining prior permission from the PRD," says the circular, a copy of which was made available to the media Friday.

It also said media creates "unnecessary crowd" at airports, railway stations, guest houses and other public places to get response from prominent persons on various issues.

Attacking the Left government, Opposition leader Ramesh Chennithala said the guidelines would amount to restrictions on the fourth estate.

The state home ministry's circular also noted that designated media interaction corners must be arranged by the PRD, while barring various departments from directly interacting with the media.

"The guidelines issued are due to the safety concerns and dissemination of public information in a proper manner," he said.

The circular also stated that only accredited journalists or those with media pass would be allowed to enter the Secretariat for visiting various sections of PRD, while others can enter during visiting hours.