The school material had questions such as “how many of you are willing to die for Islam?” 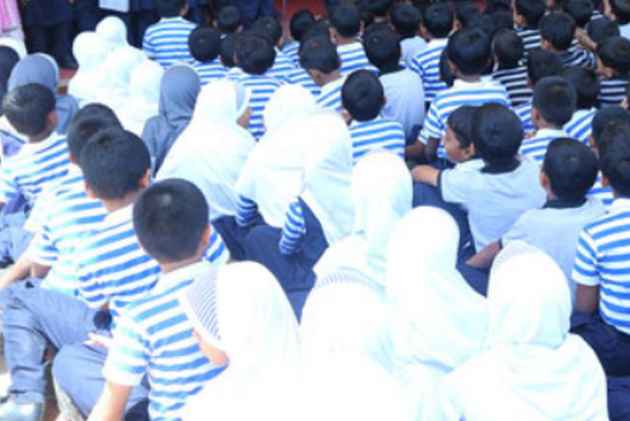 The Kerala government has ordered closure of Peace International School in Ernakulam for teaching extremist curriculum to its students.

Mathrubhumi reported that Chief Minister Pinarayi Vijayan has ordered the school’s closure based on enquiry reports by the Education Department and the District Collector.

The school, which has more than 10 branches in Kasaragod, Pallakd, Malappuram, Kollam , Ernakulam ,and Manglore, had also been under scanner for its alleged links with Islamic State recruits.

According to reports in October 2016, the school material had questions such as “how many of you are willing to die for Islam?”

The police had then conducted raids in school and filed a case for promoting enmity between groups. The police had also registered case against School Principal, Administrator and Management Committee members.

According to reports , the Intelligence agencies had found that Abdul Rashid and Yasmin Ahammed, who are facing NIA probe for alleged links with the Islamic State, havd worked in the school.

Even though the school is affiliated to CBSE, it followed the textbooks compiled by a Mumbai-based Burooj Realization, an Islamic educational institution. Though there were allegations that they have links with controversial preacher Zakir Naik, it has not been confirmed.

The police are now trying to bring the school Managing Director M M Akbar from abroad.

According to Mathrubhumi report, it is now known whether the order is applicable only to the school in Ernakulam or to its other branches too. It says the Chief Minister has asked to shift the students in the Ernakulam school to other schools in the region. The government has also decided not to give NOC or CBSE nod to the school.