Vijayan was the seventh accused in the case relating to alleged corruption in the award of contract to the Canadian company SNC Lavalin for renovation of three hydel projects in 1998. 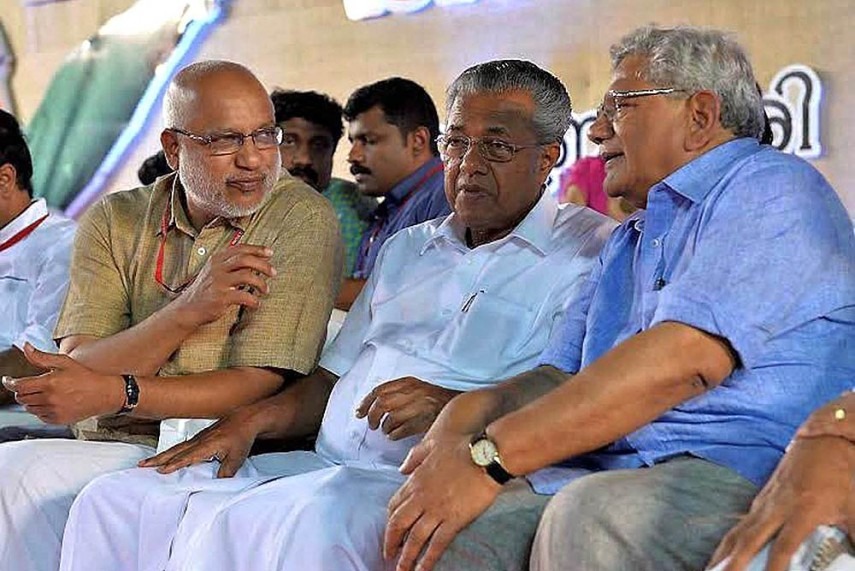 The Kerala High Court today upheld the discharge of Kerala Chief Minister Pinarayi Vijayan in the SNC Lavalin graft case, saying the CBI had "wrongly picked" him as prima facie there was no case against him.

Justice P Ubaid, who also upheld the discharge of two others in the Rs 374.50-crore graft case, rejected the CBI's plea that their full-fledged trial was necessary to prove the conspiracy.

The court gave its verdict in a revision petition filed by the CBI in the Kerala High Court in 2014 challenging the discharge of Vijayan and six others in the case by a special CBI court in Thiruvananthapuram.

The CBI special court, Thiruvananthapuram, had in November 2013 discharged Vijayan and others in the case of alleged corruption in awarding a contract to the Canadian firm SNC-Lavalin when Vijayan was power minister in 1996 that allegedly caused a loss of Rs 374.50 crore to the state Exchequer.

"The CBI wrongly picked and chose Pinarayi Vijayan without any material in the case," the judge said today.

The CBI, which had filed the charge sheet in the case, had argued that there was sufficient evidence to prove the charges against the accused.

The discharge by the special court was 'illegal', CBI had stated in its revision petition.

The case was politically motivated. I am happy that truth has won: Kerala chief minister Pinarayi Vijayan on being acquitted in Lavalin case

The special judge had ruled that the CBI had failed to prove the charges of conspiracy and corruption levelled against Vijayan and other accused.

The CBI had in March argued before the court that a trial was must to prove the conspiracy in giving the contract to revamp the power projects to the Canadian firm when Vijayan was power minister in 1996.

Claiming that the conspiracy was hatched at different stages in awarding the contract, the CBI had assailed the lower court order discharging Vijayan and six others and said a full-fledged trial was necessary to prove the conspiracy.

In a criminal case, the actual trial begins only after framing of charges in the case by the court on the basis of prima facie evidence existing against the accused.

The accused is discharged by the court in absence of any such evidence.