KSRTC Proposes To Have Beverage Outlets At Bus Terminals In Kerala

The Kerala State Road Transport Corporation (KSRTC) Saturday proposed to rent out the vacant shops in its buildings across the state to the government-run Beverages corporation. 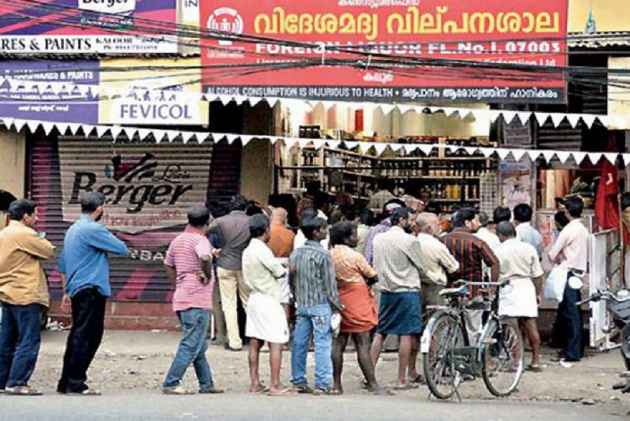 Kerala is likey to see beverage outlets in the state's bus terminals.

The Kerala State Road Transport Corporation (KSRTC) Saturday proposed to rent out the vacant shops in its buildings across the state to the government-run Beverages corporation.

KSRTC MD Biju Prabhakar put forward the suggestion after considering the fact that there were many shops and rooms lying vacant in the corporation-owned bus depots across the state.

The state-run KSRTC had earlier issued a proposal to all government departments to rent out its vacant shops and rooms on its premises all across the state.

Earlier, the Kerala High Court had asked the government to arrange better facilities for those who want to buy liquor. The court's direction came after taking note of the serpentine queue in front of the Bevco outlets.

Transport Minister Antony Raju said anyone can operate from KSRTC buildings as long as it is a legal business and ready to give rent to the corporation.

"Many shops owned by KSRTC are closed for many years as there is no one to take it out for rent. Many government offices are currently operating from private establishments and paying huge rent. So all legal establishments can be permitted to operate from vacant shops in KSRTC buildings. We have informed all government departments about the vacant rooms,” Raju told the media.

"So this is not going to cause any issue," he said.

However, the Kerala Cathollic Bishops Council (KCBC) opposed the proposal and said it will further affect the prospects of the KSRTC as people will avoid the bus stand.

Sources from Beverages corporation told PTI that the proposal was a viable one as many of its outlets are currently operating from privately-owned buildings paying huge rent and now that rent will go to the KSRTC.