Kerala’s most savage monsoon in a century has killed 324 people over the last nine days, and Kerala Chief Minister Pinarayi Vijayan has issued a fresh rain alert for the battered state. Until now it is estimated that over two lakh people have been displaced. 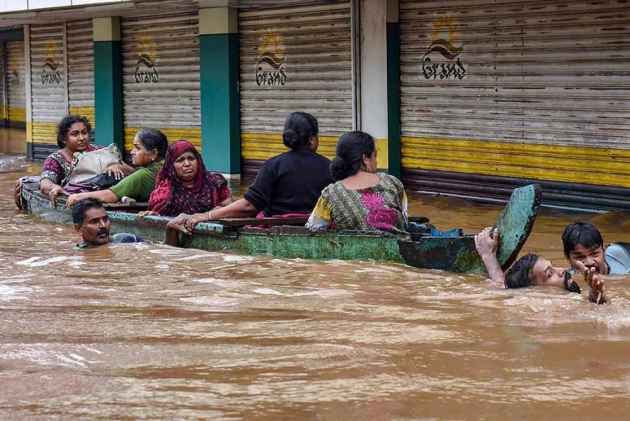 At least 324 people have died and there are growing fears that the toll could increase as rains continue unbated in Kerala. Lakhs of people have been shifted to relief camps.

In this time of crisis, people from all quarters are coming forward to help flood victims in their own little yet brave ways.

Among those is the husband of Lini Puthussery, the nurse who died while treating Nipah virus victims. He donated his first salary for the Kerala flood relief fund on Wednesday.

A picture of Kerala Finance Minister Thomas Isaac holding a rescued infant in his arms atop a relief boat is one of the most moving images from the flood-hit state. Issac was in his constituency Alappuzha and was helping coordinate rescue operations. 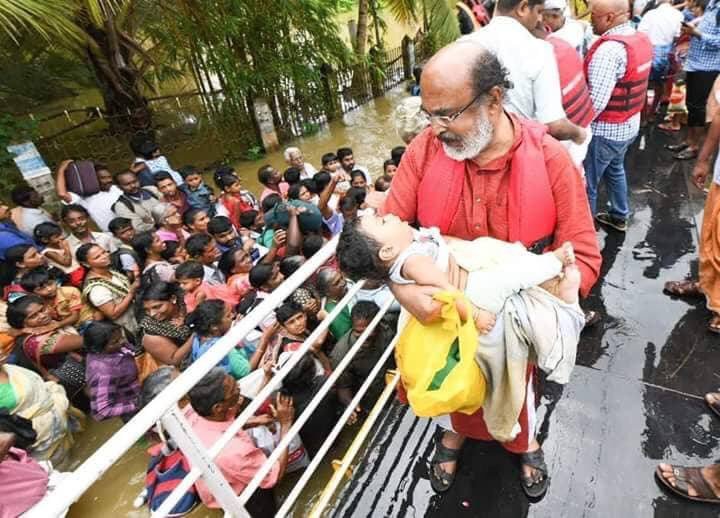 A picture of Kerala Water Minister and leader of the opposition parties helping the flood victims was doing the rounds in the social media.

Many celebrities have also come forth to extend help to the victims and have donated money to the Chief Minister's fund.

The NDRF has evacuated over 10,000 people from the heavy rains and flood waters affected areas of Kerala till now as it said it has launched its biggest-ever relief and rescue operation in the country till date.

The Air Force, Army, Navy and Coast Guard are assisting operations in different parts of Kerala.

On Friday,Indian Navy personnel rescued a pregnant woman from the flood-ravaged Kerala, who later gave birth to a baby boy. The picture later went viral.

The young lady and her new born son both are doing fine. God Bless them pic.twitter.com/ysrh1DVUx6

Vehicle owners from different corners of the state have also re-purposed their off-roaders for rescue work in flood-hit Thiruvananthapuram. Among those, a group of eight youths who call themselves “Jeepers”, has reportedly joined the public effort to rescue residents marooned on houses in inundated neighbourhoods.

“Currently, six of our vehicles are engaged in ferrying people from inundated Shangumugham locality to a relief camp at the Chalai Boys High School”. The sub-collector had tasked us with the rescue operation”, one of the members told PTI.

Also Read:  Kerala Floods: Here's How You Can Help

21-year-old Hanan, who was viciously trolled for selling fish to meet her educational needs, has also contributed Rs 1.5 lakh towards the Chief Minister's Disaster Relief Fund.

Hanan, a college student from Kochi, said the money was donated by various people after her struggle to fund her studies and take care of her family was widely shared on the social media.

"I had got the amount from people and I am happy to give back the amount to the needy," she said.

Hanan also requested people to donate for the relief works.

Kerala is witnessing century's worst monsoon. About 80 dams have overflowed and more than 300 lives have been lost. Over 3.14 lakh people have been moved to relief camps. And in such a scenario, help from each and every quarter counts.