The latest incident comes two days after a Kerala Police team allegedly forced a foreigner to empty the alcohol bottles he had purchased from a state-owned liquor outlet for New Year's Day celebrations, a video of which also went viral. 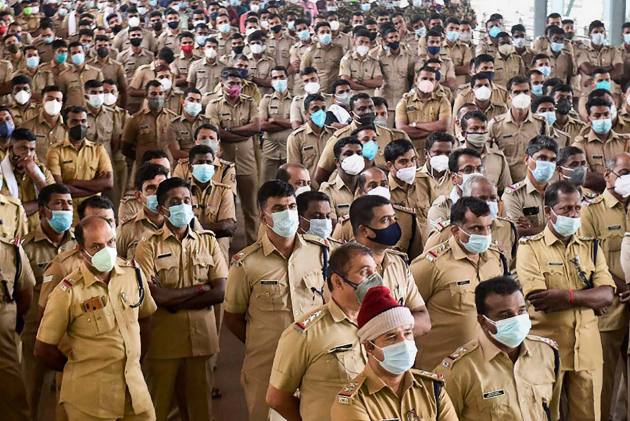 Kerala Police has again found itself at the receiving end after a video went viral showing one of its officers on deputation to the Railway Police repeatedly kicking a man for travelling on a train without a ticket.

The nearly 20-second video made by a passenger shows the officer standing over the man, who is initially sitting on the floor near the door of the train and then keels over completely after repeated kicks by the officer. The incident occurred on Sunday on the Maveli Express. The errant policeman, an ASI, and another civil police officer boarded the train from Kannur and proceeded to check tickets of the passengers.

The man was assaulted under the belief that he did not have a ticket and the police also claimed that he was drunk. He was later made to get off from the train at Vadakara. Kannur Superintendent of Police P Elangovan told a news channel on Monday that a report regarding the incident has been called for from the ACP of Special Branch. The SP said the officer in question is on deputation to the Kerala Railway Police. He also said a parallel inquiry is being conducted by the Railway Police regarding the incident.

The latest incident comes two days after a Kerala Police team allegedly forced a foreigner to empty the alcohol bottles he had purchased from a state-owned liquor outlet for New Year's Day celebrations, a video of which also went viral. In the matter involving the foreigner, the state government on Saturday suspended a police officer, who allegedly forced the foreigner to pour down the liquor.

Responding to the latest incident, Leader of Opposition (LoP) in the state assembly V D Satheesan told reporters on Monday that police had gotten out of hand as its lower ranked officials were being controlled by the ruling party's district and area committees and not by the senior officers of the force. He said police in Kerala have "miserably failed" to protect the life and property of the people and was reduced to being a "mute spectator" on several occasions. Satheesan said communal groups, goons and the police were walking around uncontrolled in the state.

The LoP also accused the Chief Minister of going out of his way to protect such errant officers and terming such incidents as "isolated" ones when in reality police was allegedly committing such atrocities regularly. Police in Kerala are at a "shameful and embarrassing" position presently, he added. Kerala PCC president and Congress MP K Sudhakaran also criticised the police for its officers' actions including the recent incident where a foreigner was forced to empty on the road the liquor he had bought for not having the purchase receipt. Sudhakaran also wanted the Home portfolio to be taken away from Chief Minister Pinarayi Vijayan.