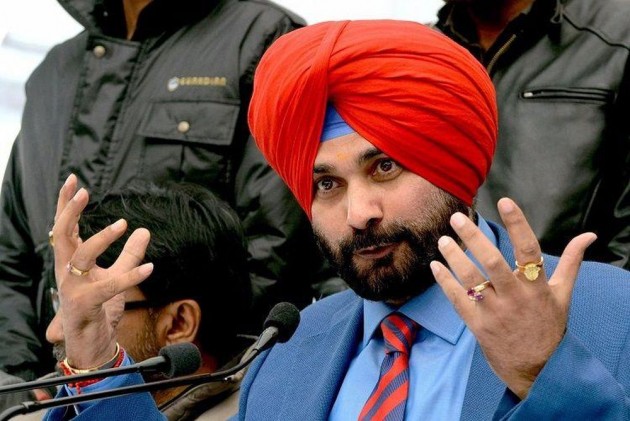 In a scathing attack on Bharatiya Janata Party (BJP), Punjab minister Navjot Singh Sidhu on Tuesday said that there was Khalbali (unrest) in BJP because of new Mahabali (superhero) Rahul Gandhi.

"In democracy, people have the power to take decision. Now people have caused Khalibali in the BJP camp because of a new Mahabali Rahul Gandhi," India Today quoted Sidhu as saying.

Sidhu was earlier, advised complete rest by doctors after he injured his vocal cords during 17 days of intensive campaigning.

Punjab's local government, tourism and cultural affairs minister was the Congress' star campaigner and addressed over 70 public meetings in 17 days ahead of elections in Rajasthan, Chhattisgarh, Madhya Pradesh and Telangana.

The 55-year-old former cricketer and television personality, known for his quick wit and oratory, was also in Pakistan on November 28 on its prime minister Imran Khan's personal invitation to attend the ground-breaking ceremony for the Kartarpur corridor.

After drawing flak from the opposition for visiting Pakistan, Sidhu had said, Rahul Gandhi was his captain and he went to Pakistan on Gandhi's advice.

However, later he dismissed the reports saying, he never said Rahul sent him to Pakistan, but it was his friend Imran Khan.