This obituary was published 31 years, one month and 7 days prematurely: in the Sunday Observer dated February 13, 1983. 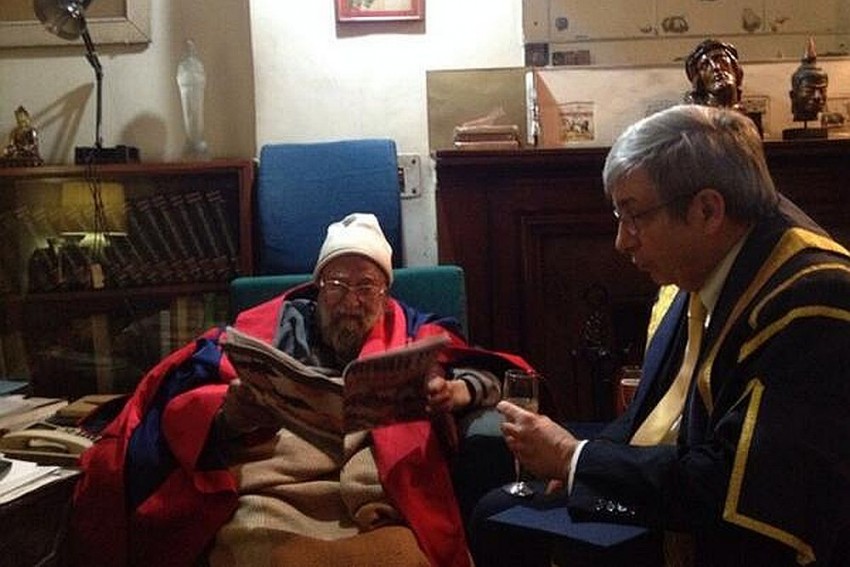 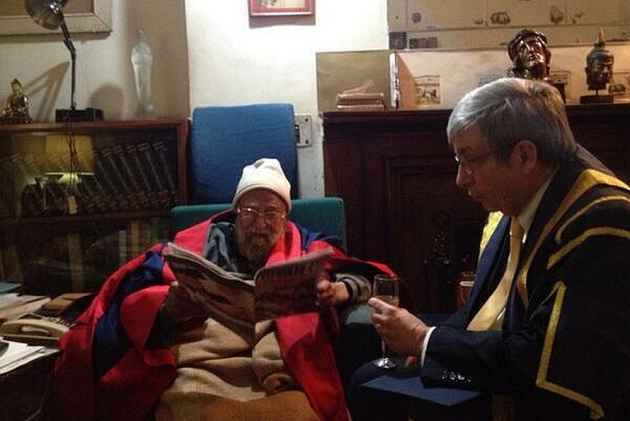 I was saddened to read that Khushwant Singh passed away in his sleep last week. What a quiet end for so loud a man. How the gods mock the mocking.

Contradictions surrounded Khushwant at every stage of his life. He strove to give the impression that he was a drunken slob yet he was one of the most hard-working and punctual men I knew. He professed agnosticism and yet enjoyed kirtan as only few can and do. He was known nationally as a celebrated lecher but for the past thirty years at least it was a hot-water-bottle that warmed his bed. He devoted his last years in the service of a woman who decisively spurned him in the end. He made a profession of living off his friends' important names and yet worked single-handedly to diminish that very importance. Empty vessels make the most noise but Khushwant was always full of the Scotch he had cadged off others.

He was a much misunderstood man. So before the limp eulogies start pouring in (how Khushwant would have hated them!) let me set the record straight. As Khushwant once said, the obituary is the best place to tell the truth for dead men file no libel suits. (An agnostic to the end he didn't believe in the Resurrection.) 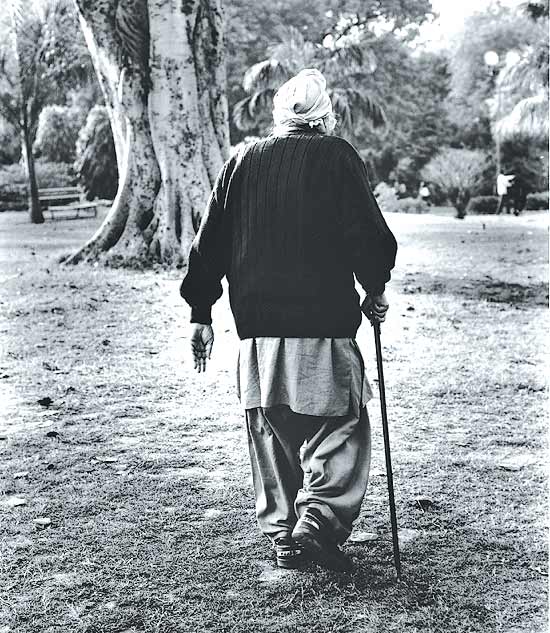 Khushwant was born in 1915 in a rich but not particularly educated home. They were Khuranas from Sargodha who made good in Delhi.  His father, Sir Sobha Singh, was the contractor who built the city of New Delhi and who in consequence received a knighthood. In '47 it used to be said (somewhat inaccurately it must be admitted) that ninety-nine per cent of New Delhi was owned by the Government and one per cent by Sir Sobha Singh.

After his initial education Khushwant was sent to England to appear for the ICS. He didn't make it. Later he would tell a story of how he had made it to the Merit List but how that year there was a reserved place for a non-Jat from Phulkian state (later PEPSU) and how some- one with less marks than him filled that place. But Khushwant was always a great raconteur so it is difficult to know what to believe.

Once bitten, twice shy. Khushwant didn't try for the ICS again but instead enrolled himself at the London School of Economics from where in the course of things he acquired a BA. The examiners decided to place him in the Third Class. After his degree Khushwant read for the Bar where he was equally successful. (His brother Daljit, now a businessman, was always the better scholar of the two.)

When Khushwant came back after six years in England a family friend asked his father: 'Kaka valaiton kee kar ke aayaa hai?  (What has the boy done in England?) Sir Sobha Singh replied 'Time pass kar ke aaya hai jee.' (He has been marking time.) It is unlikely the canny con- tractor was joking.

After the Partition Khushwant joined the Indian Foreign Service and this phase of his career took him to London, Ottawa and Paris. In this period he began publishing short stories on rustic themes. In '55 he shot to fame when a novel of his won a large cash award set by an American publishing house in order to attract manuscripts. It was a mediocre Partition quickie called Mano Majra (later published as Train to Pakistan).

Years passed. Khushwant kept writing books, on the Jupji, on the Sikhs, on India, stories, translations: many of them provocatively titled and indicative of his deepest desires, "I Shall Rape the Nightingale", "I Take This Woman" etc. Some of these attempts were successful.

In 1969 Khushwant took over the Illustrated Weekly and embarked on the most controversial phase of his career. On the editor's page Mario drew a bulb and Khushwant sat in it, along with his Scotch and dirty pictures. Sitting in that cross-legged position Khushwant took the ailing magazine from success to success, all along illuminating millions of readers on the more outre aspects of the world's brothels. Once in a while he tore into a friend's reputation. So great was our prurience that he became a household name in a short while.

Fame he had, honour he sought. In the early seventies an eminent Muslim journalist friend of Khushwant's approached Rajni Patel. Could Rajnibhai fix Khushwant with a Padma Bhushan? If the honour didn't come his way soon Sardarji would have a heart attack. Patel flew to Delhi twice and fixed it. Later Khushwant showed his gratitude in strange ways.

Then came the Emergency. Khushwant's friends and admirers were very troubled by his stand: Mrs Gandhi was Durga incarnate, Sanjay the New Messiah and the highways of the land were clogged with smoothly running Marutis. Many explanations have been offered for his position but I believe I am the only person to know the right one. (Khushwant in an unguarded whisky-sodden moment once opened up to me and told all.) And since it is only in obituaries that it is proper to disclose the little-known details of a man's personal life I shall come out with it now.

Impotence had claimed Khushwant back in the fifties. At first he had been sorely troubled by this condition (most Jats are) and had tried sev- eral remedies, mostly indigenous. This accounted for his immense knowledge of jaree-bootees and his disillusionment with quacks. When he had finally given up all hope of lighting the wick he had turned to other pleasures with a vengeance. (Exposing his friends' affairs was a favourite pleasure: it was envy compounded with righteousness.)

It must be remembered that Khushwant's lechery was of the mildest order: he as a voyeur, he could do nothing. Scotch was a palliative, but in the end even that failed to make up the loss.  It was Sanjay's power that finally did the trick. So great was the vicarious pleasure the ageing Sardar felt that it went to his head. And after Sanjay's death Khushwant lost his vitality, his vigour. He grew listless.

And then the quiet end. A lively man all in all. Even as I write this I am sure Khushwant is busy looking up the angels' skirts. And since angels are constitutionally condemned to celibacy that should suit Khushwant fine.

The Buttocks Of Naked Women...