Killing Of Local Security Personnel Could Be A Conspiracy To Discourage Kashmiri Youth: Jitendra Singh

Earlier in the day, the Jammu and Kashmir police confirmed that one of the terrorists who was gunned down in Kulgam today belonged to the Lashkar-e-Taiba (LeT). 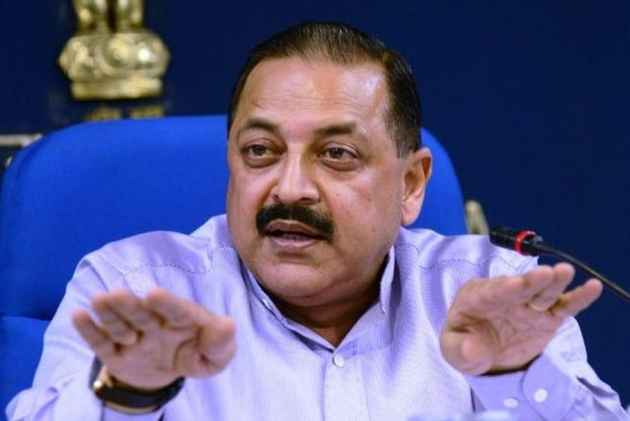 Minister of state (MoS) in the Prime Minister's Office Jitendra Singh on Sunday said killing of local security personnel could be a conspiracy to discourage the Kashmiri youth from joining the security forces.

Speaking media, Singh said, "One after the other, our security forces are successfully moving ahead in their anti-militancy operations, but killings of local security personnel can be a conspiratorial design to discourage the local Kashmiri youth to join the security forces."

Earlier in the day, the Jammu and Kashmir police confirmed that one of the terrorists who was gunned down in Kulgam today belonged to the Lashkar-e-Taiba (LeT).

Three terrorists were gunned down in the encounter with security forces in Wani Mohalla area of Kulgam's Khudwani locality.

Since last few months, the state has witnessed a spurt in terror activities.

Terrorists had abducted a police constable from Kulgam on Friday night. Later his bullet-riddled body was recovered from Qaimoh Gath area in the district. The constable was identified as Mohd Salim.

Earlier this month, the body of another police constable was found by locals at Pariwan village in Kulgam, a day after he was abducted from a medical shop in Shopian. The constable, identified as Javaid Ahmad Dar, was a resident of Vehil village.

On June 14, another person, Aurangzeb, was abducted from Pulwama by terrorists and later his bullet-ridden body was recovered on. Aurangzeb belonged to 44 Rashtriya Rifles, and was posted in Shopian district.