Dozens of Koreans have posted pictures of themselves on social media with the masks, which cost 4,000 won, the BBC said. 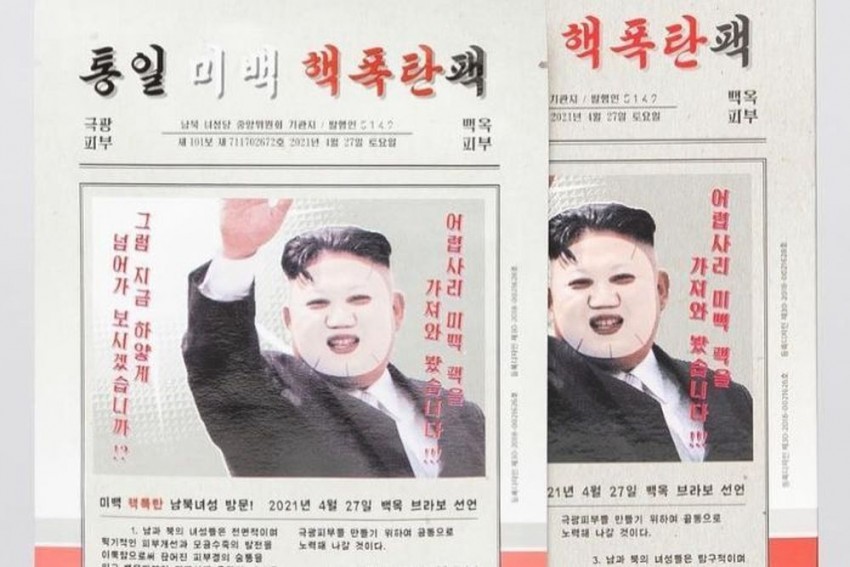 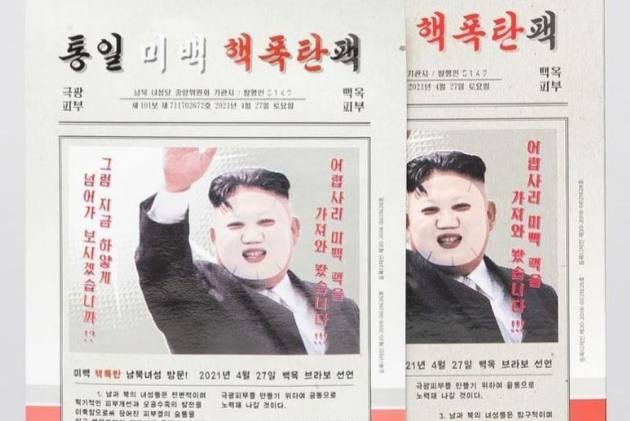 A South Korean fashion and cosmetics firm has stirred controversy with a facial mask featuring Kim Jong-un prompting many stores to pull the product of the shelves.

The so-called "nuke masks" were created by 5149, a South Korean fashion and cosmetics company. It said it has sold more than 25,000 "unification moisture nuclear masks" since June, the BBC reported.

Many South Korean stores, though, halted the sales amid a public backlash and concerns over the masks' legality.

In South Korea it is illegal to speak favourably of the North Korean government, though the law is rarely enforced.

Dozens of Koreans have posted pictures of themselves on social media with the masks, which cost 4,000 won, the BBC said.

Propaganda-style slogans claim the masks contain mineral water from Mount Paektu, the sacred, active volcano, which is the birthplace of Dangun, founder of the first Korean kingdom more than 4,000 years ago, according to Korean mythology.

"A few years ago, North Korea was the largest threat to our country? Kim Jong-un was seen as a dictator and a tyrant who would stop at nothing to disrupt world peace, now he's become the face of a popular face mask," she added.

The North Korean leader and his regime have been criticised by the UN for "systematic, widespread" human rights abuses.

Both North and South Korea are still technically at war, but leaders from both countries attended talks this year over denuclearisation.

In an interview with the New York Times, 5149 CEO Kwak Hyeon-ju said she wanted the masks to celebrate the "once in a lifetime" Korean summits held earlier this year.

Kim has led North Korea since the death of its former dictator, his father Kim Jong-il, in 2011.

The country's communist regime has been criticised by the UN and human rights groups for "systematic, widespread and gross human rights violations".

According to reports, the skincare products were soon pulled in some stores amid widespread criticism.