Reality star Kim Kardashian shared several Christmas photos of her four children and family on her Instagram account. Although her estranged husband Kanye West was not present at the intimate gathering. 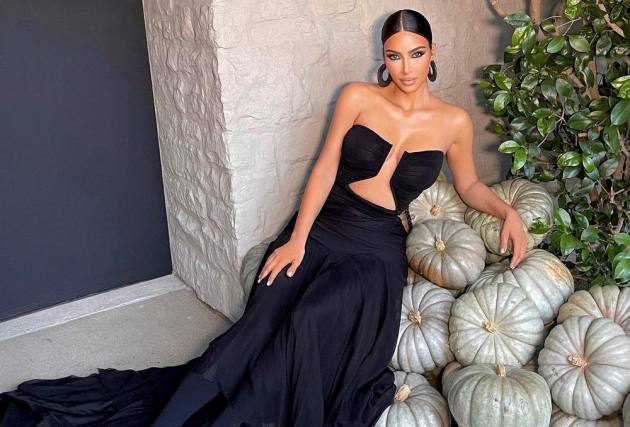 Kim Kardashian, the beauty mogul and reality star, posted recently an Instagram photo dump from her family's traditional Christmas Eve. Kim Kardashian and her sister Khloe Kardashian, as well as their children, spent Christmas Eve together and the star moms flocked to Instagram to share their favourite moments from the gathering.

The reality star smiled for the cameras while wearing an all-brown ensemble that included a gathered dress, leggings, and gloves. She posed next to her four children she has with her estranged husband Kanye West.  They are North (8), Chicago (3), Saint (6) and Psalm (2). Saint and Psalm, wore gloomy and dark colours, while North and Chicago wore colourful cotton candy pink and purple ensembles.

The 'Keeping Up With The Kardashians' star also showed off the gifts that their mother Kris Jenner, presented to her and her siblings. She photographed numerous vivid retro-looking Moke electric cars in colours of pink, orange, yellow, and more on her Instagram Story.

According to Dailymail, Kim Kardashian is currently seeing American comedian and actor Pete Davidson, according to different reports and rumours, and she has filed documents with the court to proclaim herself legally single. Her divorce case is still in the works. Although in other news Kanye West, legally known as Ye, has recently purchased a mansion across the street from Kim Kardashian's for $4.5 million to stay closer to his family.