Ishant had gone unsold at the IPL player auction recently 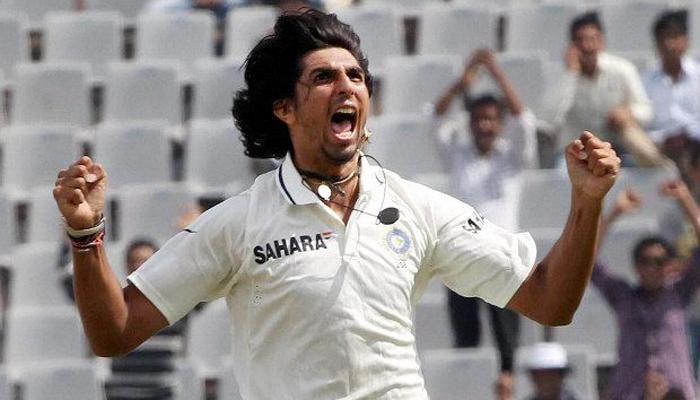 More stories from Our Correspondent
View All

Fast bowler Ishant Sharma has got a lifeline. IPL franchise Kings XI Punjab on Tuesday signed the Delhi speedster in place of the injured opening batsman Murali Vijay, who has been ruled out of the entire season due to a couple of injuries.
The signing of Ishant, who was unsold at the player auction recently, has further consolidated the pace bowling department of the Glenn Maxwell-captained team. The team already had Sandeep Sharma, Mohit Sharma, Varun Aaron (bought for Rs 2.8 crore at the auction) and left-arm pacer T. Natrajan (Rs 3 crore) in their ranks, and now the experienced Ishant further adds to the options.
“I share a strong bond with Ishant Sharma as he played under my captaincy in the Ranji Trophy and later in the India team, his addition will most definitely strengthen our squad,” said Virender Sehwag, Director (Cricket Operations), Kings XI Punjab, in Indore on Tuesday.
All eight franchises ignored Ishant at the auction. Ishant had a base price of Rs 2 crore. And now the Kings XI Punjab have, quite surprisingly, finally substituted a batsman with a fast bowler.
Lanky Ishant has captured 58 wickets in 70 IPL matches. His best performance is 5 for 12.
Ishant had in the last IPL turned out for the SunRisers Hyderabad, who went on to win the title under the captaincy of David Warner of Australia. Ishant had earlier represented the erstwhile Deccan Chargers, Kolkata Knight Riders and Rising Pune Supergiants.
Meanwhile, Idea Cellular has decided to become a partner with Kings XI Punjab. Virender Sehwag, Eion Morgon and Martin Guptill along with Sashi Shankar, Chief Marketing Officer, Idea Cellular unveiled the official jersey of the team at a press conference at the team’s second home Indore. The Kings XI Punjab players will be wearing a vibrant jersey with bright yellow Idea logo emblazoned at the back.
Also, ItzCash, India’s largest digital payment firm and a pioneer in prepaid card industry, announced its association with Kings XI Punjab team as its official Principal Sponsor and Payments Partner. ItzCash will be present on the leading side of the helmet and the corresponding side of all other official headgear.
“It’s a fresh start for the team and we are glad to commence with new players and partners on board. We have tremendous faith in Sehwag and his ability to shape the team together. Indore has been very warm to us and we are thrilled to be beginning our season in the city,” said Kings XI Punjab CEO Satish Menon.
About the upcoming season, Sehwag, stated: “I am very excited for IPL 2017. The players are in a great headspace, and the energy around the franchise is very positive. We hope to have some fantastic games ahead and I feel with the talent and chemistry this team is building, it will hold us in a good position for this season.”