Kiran Nagarkar: A Quintessential Writer Who Let His Books Speak For Themselves

Kiran Nagarkar was to writing what Basu Chatterjee was to films... he could enter the mind of people and bring out their emotions, petty, grandiose, or just mundane 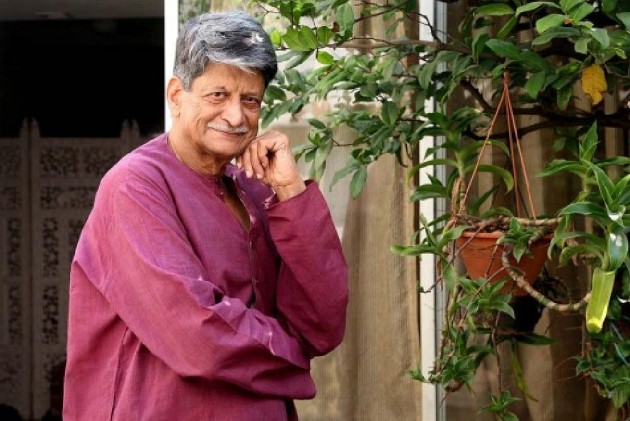 He had a chuckle. It lit up his eyes when he was pleased, or said something funny in his soft, quiet voice.

It could be heard in his writing. If a reader listened closely it was there, in his delineation of characters, in the joy of telling a story and telling it well. Telling it in either of the two languages he could spin words in... Marathi and English.

At times, the reader chuckled too, for Nagarkar was to writing what Basu Chatterjee was to films... He could enter the minds of people and bring out their emotions: petty, grandiose, or just mundane; and weave them into a canvas that had their universe as a backdrop.

I bet Nagarkar chuckled when he titled his satirical play Bedtime Story. A Hitchcockian chuckle that might even have turned into a guffaw if he could see the faces of those readers he caught by surprise when they started on his book.

Gentle though he was, and shy of publicity, he must have had his pet dislikes, or so I am inclined to believe. It was at a discussion on books at a bookstore, when a member of the audience suddenly changed the direction of the conversation and tore into me for being part of a beauty pageant that objectified women. I remember being caught unawares and trying to respond somewhat breathlessly. It was much later, someone told me my tormentor had been none other than Nagarkar, adding that it was most unusual of him, a naturally mild-mannered man. I wonder if he chuckled then, at my obvious discomfiture.

When we met again, long years had flowed in between. We exchanged notes, and books, and later, messages about what each one of us had read. Mine would be a paragraph long; his short and to the point. His words were reserved for his books.

I met him for the last time at an event where  I had been invited to be part of an interview-cum-presentation based on my biography of ghazal singer Jagjit Singh. I had messaged Nagarkar about it and he had responded saying he would come if he could.

It was a day when the Mumbai skies decided to bless the event with an unseasonal downpour. Minutes before we started the event, my phone rang. Kiran and his wife were parked below, at a distance, and had no umbrella.

By the time they could be escorted to the hall by a guest, we had started. He walked in while the interview was on, going quietly to the back of the room, ignoring the seats I had reserved for him in front. I met him after the event; he chuckled about being caught in the storm and shook my hand to congratulate me. Then left. He would follow that up with a thank you message on my phone.  Few others in the room were aware that present among them had been a much-feted, Sahitya Academy awardee whose work had also been recognised with an Order of Merit by the Federal Republic of Germany.

That to me was Kiran Nagarkar, a quintessential writer who sent his books out into the world and let them speak for themselves.