Television actress Kishwer Merchant took to social media and informed her fans that her son Nirvair has tested positive for Covid-19. 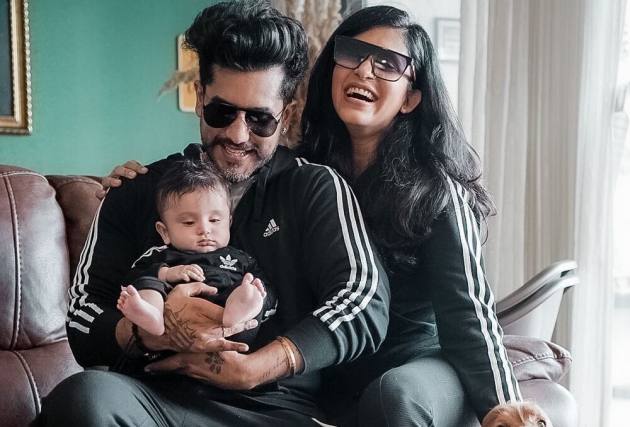 Television actress Kishwer Merchant took to Instagram and revealed that her four-month-old son Nirvair has tested positive for Covid-19 after his nanny, househelp, and husband Suyyash Rai’s partner got infected.

On their 11th dating anniversary, Merchant posted a series of photos with  Rai along with a long emotional caption.

About Rai, she penned heartfelt words for him, she said “@Suyash has been the best partner one could ever get, thanks to him we have smooth sailed our worst days with so much ease. He helped with everything, making breakfast for Sangeeta and Sid to massaging my back, wiping my tears, staying up with me, letting me rest while he would take care of bunny, entertain him when he would get cranky, put him to sleep, and at the same time wash utensils and taking care of batuk and pablo ..I am so proud of him today for the person he is and has become .. glad I met you today 11 years back and got married to you."

Actress and new mommy Merchant, who welcomed their son in August last year, had earlier shared in an interview with Hindustan Times that, “I am super worried. We have isolated ourselves at our place, and nobody is coming home. Also, I am in constant contact with his pediatrician, who has asked me to calm down at the moment, and she will guide me going forward”.

Fondly called as ‘Sukish’ by fans, the couple met on the sets of ‘Pyaar Kii Yeh Ekk Kahaani’. After which they also participated in 'Bigg Boss 9' together. The duo got married in December 2016 in a big fat Punjabi wedding. They became parents on August 28 last year and welcomed their son.