The Mamata Banerjee-led Trinamool Congress and the BJP have been locked in a bitter war of words amid attempts by the saffron party to make inroads in the TMC stronghold. 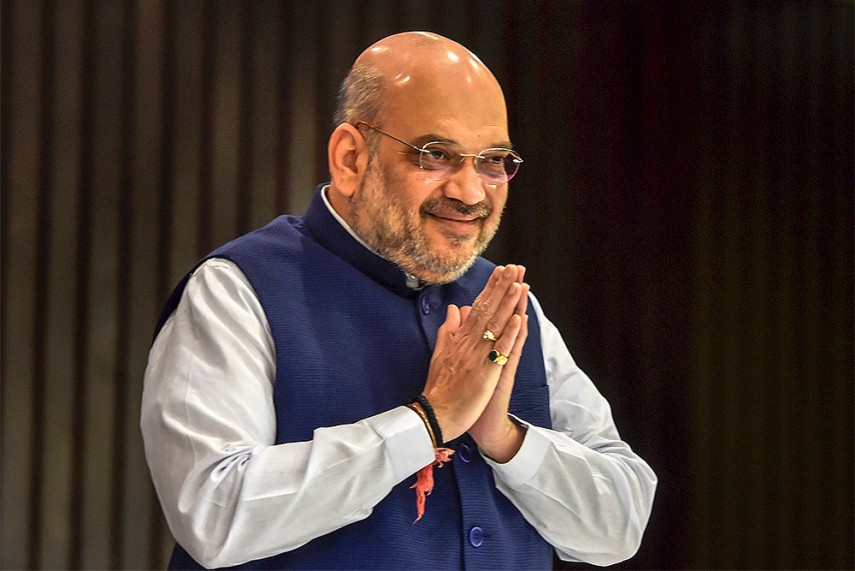 Upping the ante on the issue of alleged presence of illegal Bangladeshi immigrants in West Bengal, BJP president Amit Shah will take the battle to chief minister Mamata Banerjee's turf with a rally in Kolkata on August 11 amid indications from his party leaders that they will make it a poll issue and seek an Assam-like NRC there.

With chief minister and TMC supremo Mamata Banerjee holding talks in the national capital with opposition leaders to take on the BJP over the National Register of Citizens (NRC) in Assam, Shah's proposed rally underscores his intention to build the issue as a major poll plank in her state as Lok Sabha elections are barely eight months away, leaders said.

A combative Shah earlier told reporters that he would definitely go to Kolkata on August 11 and dared the state government to arrest him after his party leaders claimed that the local police had yet not given permission to his event.

However, Kolkata police later said it had granted the permission, setting the stage for a showdown between the Trinamool Congress, the dominant political force in the state, and the BJP, which has emerged in recent polls as the main challenger to it, though as a distant second.

BJP general secretary Kailash Vijayvargiya told reporters that there could be over one crore illegal immigrants in West Bengal and suggested that the NRC (National Register of Citizens) should be adopted in border states to identify them.

State BJP president Dilip Ghosh had also earlier said that an NRC will be published, on the lines of the one in Assam, if the saffron party was voted to power in West Bengal.

Shah has targeted to win at least 22 of 42 Lok Sabha seats in the state in the next Lok Sabha polls. In 2014, the TMC had won 34 seats while the BJP could get only two.

The prevailing sense in the BJP is that it could project Banerjee as an "anti-Hindu" leader driven by her "appeasement politics" for minority votes over her strident opposition to the NRC, according to the party sources.

Earlier, BJP Yuva Morcha alleged that they are yet to receive any communication from the Kolkata Police regarding permission for Shah's rally.

The BJP president and Banerjee were involved in a bitter war of words yesterday on the NRC issue with Shah asserting that the process will be implemented to the last full stop and comma as it was a matter of national security, and the TMC chief warning that this may lead to "civil war" and "bloodbath".

The TMC today took a swipe at the BJP, claiming that it has become nervous and wished Shah a "happy journey to the land of peace and harmony".

Rejecting BJP leaders' claim that it was not giving permission for Shah's rally, Kolkata Police tweeted, "Some unwarranted speculation in social media about denial of permission to a political party on 11 August has come to our notice. It is to clarify that on request permission for meeting has already been granted."

State BJP Yuva Morcha chief Debjit Sarkar said he has been informed by the police that the permission has been given to hold the rally at Mayo Road in the heart of the city.