In an email to minister Suresh Kumar recently, the girl stated that she was denied entry to the school as she did not pay the hostel fees. 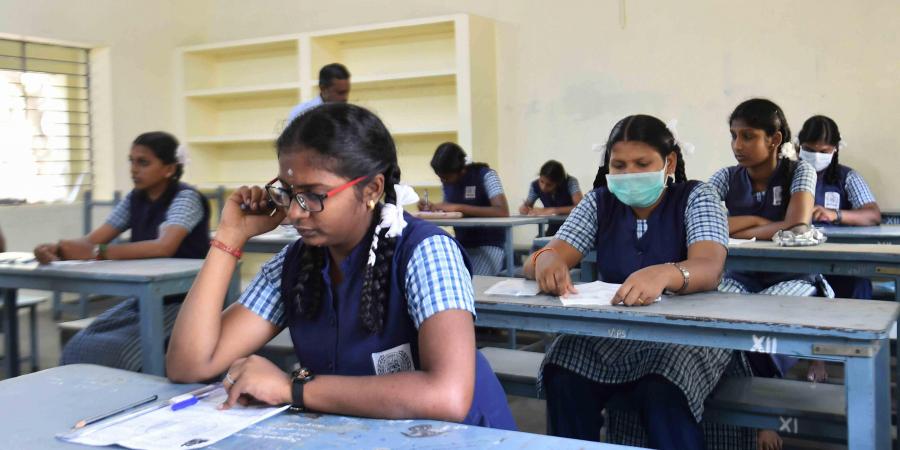 Karnataka Primary and Secondary Education Minister S Suresh Kumar on Saturday assured help to a class 10 student who was restricted from appearing for Class 10 board exams by own her school due to non-payment of fees.

According to sources in the education department, the girl hailing from Hanumanthapura in Koratagere is a student of a private school in Dakshina Kannada district. Owing to a COVID-19 lockdown induced financial crunch in her family,  she was unable to pay the fees.

In an email to Suresh Kumar recently, the girl stated that she was denied entry to the school as she did not pay the hostel fees.

"Due to the dues of last year's school fees (accommodation and meals), I have been denied admission this year. I don't need any concessions. It's enough to give us time. My parents will pay it (dues). I have scored 96 per cent in 9th standard. Please give me an opportunity to write the 10th standard exam," the girl wrote to the minister.

As the matter came to Suresh Kumar's notice, he called the girl over phone and assured her necessary assistance.

On Saturday, the minister met the girl and told her that she still has the chance to appear for the supplementary examination.

Suresh Kumar also told her that there are many children facing problems like her and there was no need to panic or worry about fees as there was a way out, a source in the
minister's office told PTI.

The Karnataka government has decided to hold the SSLC exam on July 19 and 22.

Unlike the conventional exam, this time the test will be conducted using OMR sheets.The three-hour exam on July 19 will cover the three core subjects namely, Maths, Science and Social Science. The exam on July 22 will be of languages such as English, Kannada, Sanskrit and other subjects.

The government, which gave general promotion to the students from one to nine and PUC-1 and PUC-2 students, decided to conduct the SSLC exam saying it is crucial for
students to choose their stream.