Four naked bikes, one goal, who’d be the best on paper? 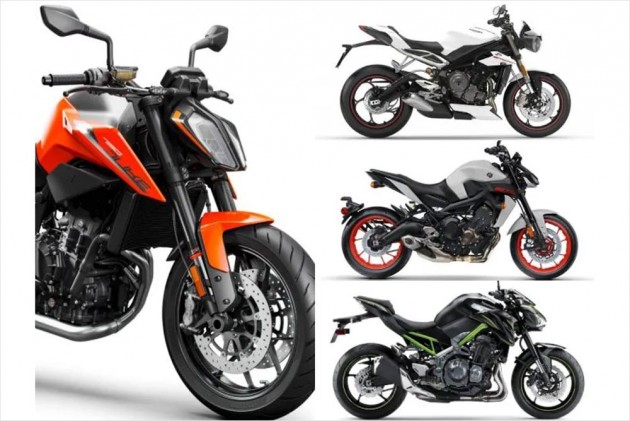 There was a point in time where the mid-displacement supersport segment garnered the most attention from enthusiasts. It played a pivotal role by bridging the gap between beginner bikes and litre-class rockets. That was then. Fast forward to the present day and preferences have changed. Today, motorcycle enthusiasts would rather have a mid-displacement naked that offers similar handling dynamics as their faired siblings. That’s not to say that power has taken a backseat. These super-nakeds have plenty of punch to leave you grinning for days, while new-age electronic rider aids make sure you stay within your limits. In India, we have been serenaded by the Triumph Street Triple RS, wooed by the Kawasaki Z900 and had our senses knocked right out of the park by the Yamaha MT-09. However, we hope that the soon-to-be-launched KTM 790 Duke will be able to do all of the above while being more affordable than the others. Here’s how the newest kid on the block stacks up against its established rivals.

Features: Looks are subjective, so we’ll leave that up to you guys to decide. If you ask us, it is a close tie between the MT-09 and the Duke. Yup, at Zigwheels, we love alien-esque designs. 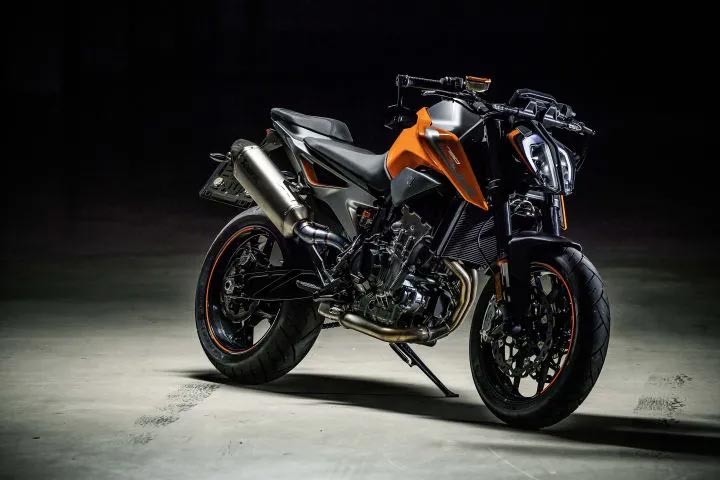 When it comes to features though, it’s a different ball game altogether. For instance, the KTM 790 Duke gets LED lights at both ends, a Bluetooth-enabled TFT instrument console and a steering damper (because it’s got the sharpest rake angle of the lot). And you’d be wrong if you thought that was all, because the bike also gets a bunch of electronic rider aids, including four riding modes (Sport, Street, Rain, Track), lean-sensitive ABS, traction control, engine braking (Motor Slip Regulation), a bi-directional quickshifter, a slipper clutch and best of all, a Supermoto mode! Essentially, the Supermoto mode lets you lock the rear wheel for some sideways action. 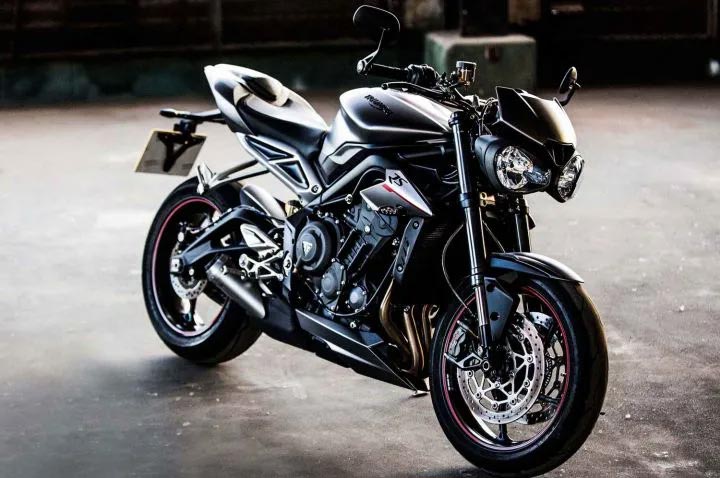 The Street Triple RS, on the other hand, gets LED DRLs, a full-colour 5-inch TFT display with three screen options to choose from, four riding modes (Road, Rain, Sport, Track) and a lap timer. It also gets a gear position indicator, a quick-shifter (for upshifts), ABS and switchable traction control. While it isn’t as sophisticated as the 790 Duke, it should be enough to keep a leash on its 765cc inline-triple. 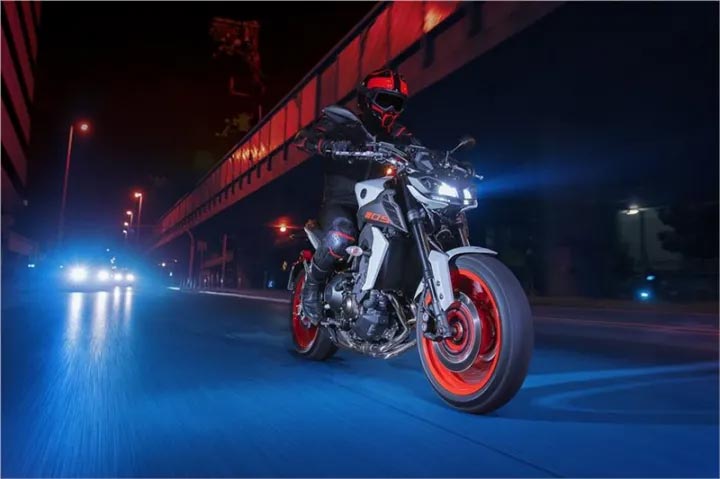 The MT-09 comes with LED lighting at both ends (but gets conventional bulbs for indicators), a full-digital instrument console, three riding modes, a slipper clutch, a quick shifter and switchable traction control. That said, the least impressive of them all has to be the mean-green Kawasaki with no electronic trickery on offer. It only gets an LED tail light, a digital instrument console, slipper clutch and ABS.

It’s hard to pick a winner here. However, the KTM packs just a bit more than the Triple. 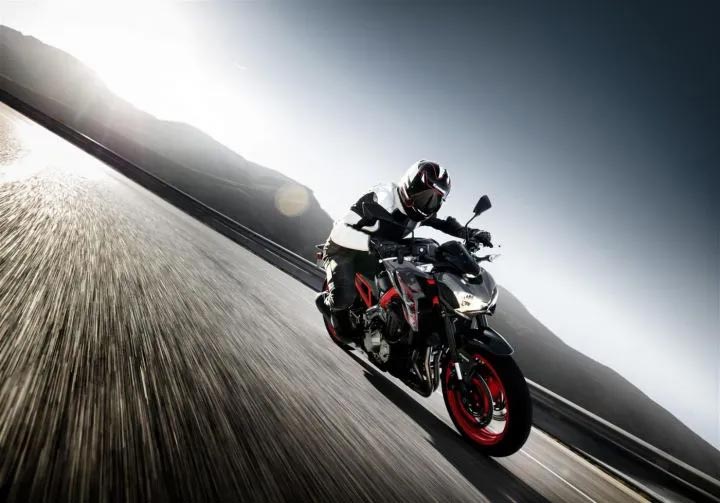 When it comes to performance figures, it’s a whole different story altogether. The Kawasaki Z900 is the big winner as far outright power is concerned. A bigger engine with two extra cylinders help the Z900 supercede the KTM 790 Duke by 20PS and 11.6Nm. Though the latter is the least powerful bike here, it makes most of its power slightly lower down the rev range compared to its competition. This should let you get the most out of the engine without having to rev the nuts off the parallel-twin motor. Also, the 790 Duke’s advanced electronics package should have your back no matter how hard you push it. 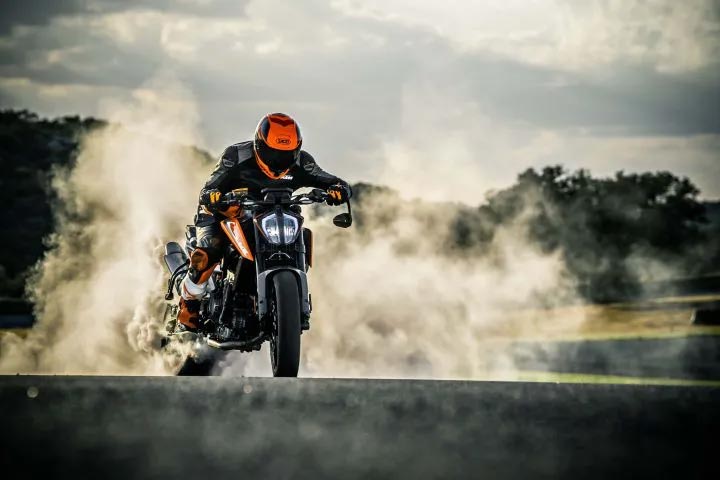 The Street Triple RS and the MT-09 take the middle path as far as their power outputs are concerned. The Triumph makes all of its power up top and produces the least amount of torque too. However, what seems a bit dull on paper is actually the complete opposite in real-world conditions as the Street Triple RS’ friendly yet punchy power delivery will have you holding on for dear life. It’s a similar story with the MT-09 as well. After all, it is among the fastest supernakeds we’ve ever ridden. We’d tread carefully around this Japanese Samurai if we were you. To pick one winner in this department would be unfair to every single one of these bikes. Hence, we won’t. 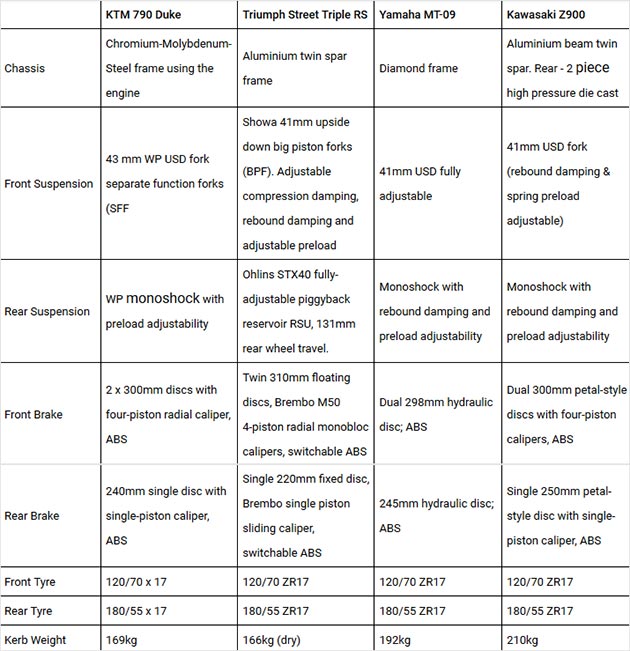 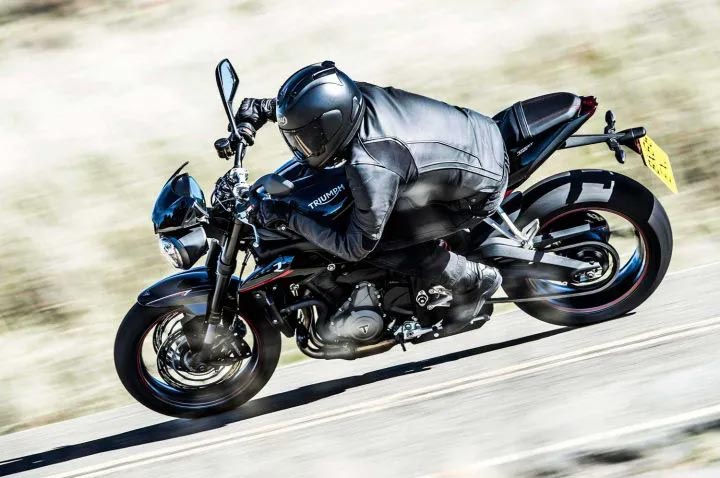 Showa forks, Ohlins at the rear, big Brembo M50 calipers clamping onto massive 310mm discs and sticky Pirelli Diablo Supercorsa SP tyres, the Street Triple RS has it all. It's no surprise then that it takes the first spot. 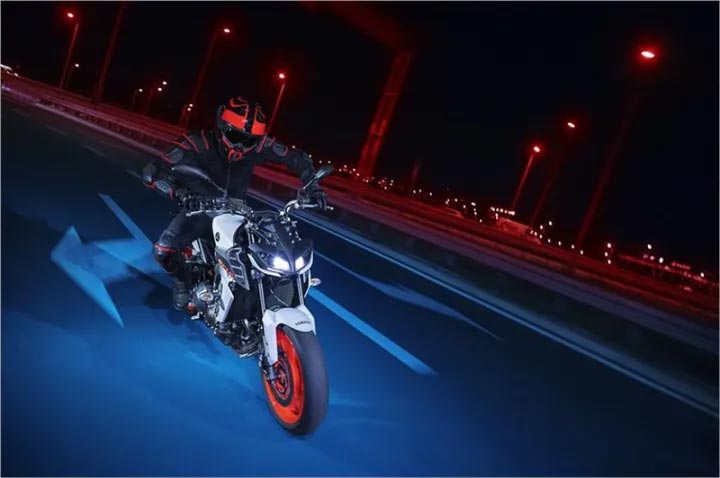 The MT-09 stands next on the list with a fully adjustable front suspension that allows riders to finetune the bike as per their riding style on any road condition. The rear unit also offers decent adjustability. Moreover, the bike also gets Bridgestone Battlax Hypersport radials that offer superior grip.' 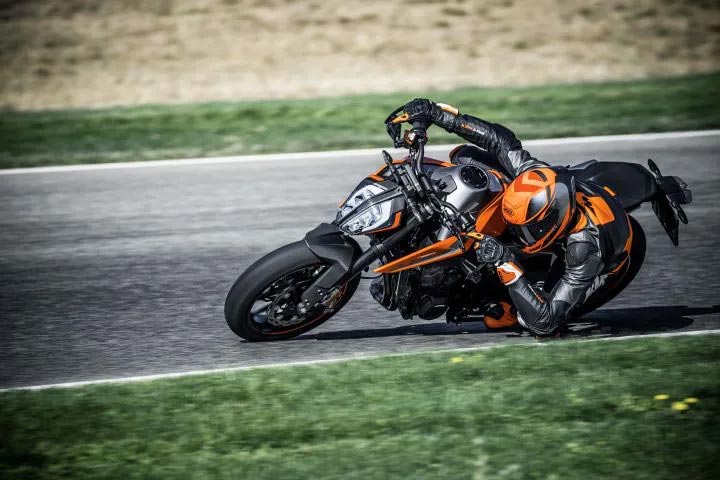 This pushes the KTM 790 Duke to the third spot. It gets seperate function forks, which means one leg takes care of compression while the other takes care of rebound damping. Its MAXXIS Supermaxx ST tyres should grip well in both wet and dry conditions. And a mind-boggling kerb weight of just 169kg should make the Austrian supernaked a lot easier to flick around the road, be it within city limits or up a sweeping ghat. 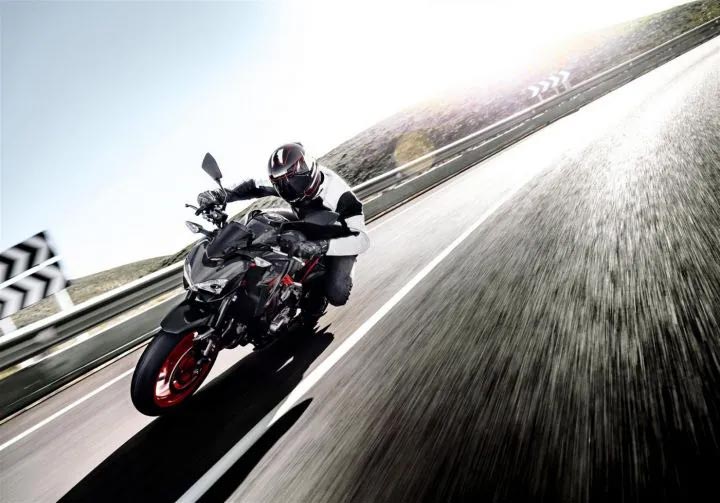 That leaves the Kawasaki Z900 at the bottom of the list. Though the bike gets a decent set of equipment, it's its weight that acts as a drawback. However, we would like to mention that the bike did undergo a strict diet regime to shed 21kg compared to its predecessor, the Z800. But with the other lightweights breathing down its neck, the Z900 just begs for more effort from the rider for quick direction changes. 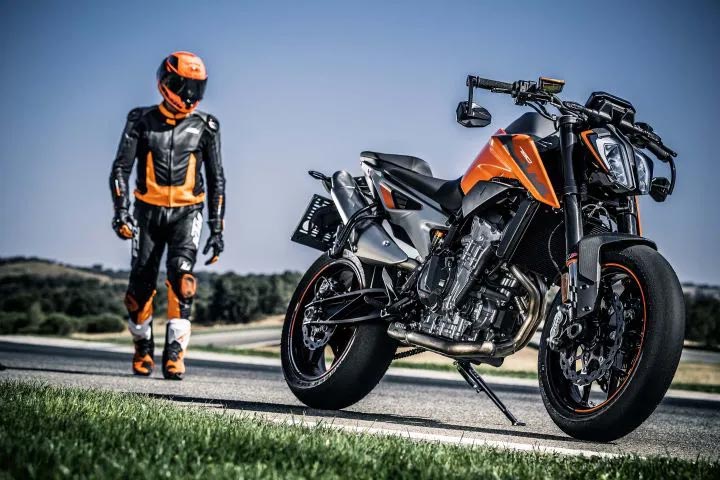 All said and done, it all boils down to the price factor in a country like India. With an expected price of Rs 7 lakh (ex-showroom), the 790 Duke could be the best value-for-money proposition in this segment. But that’s if KTM gets it right, which it does almost always. A host of features, top-of-the-line electronic aids and an engine that’s received high praise the world over should be worth every penny. 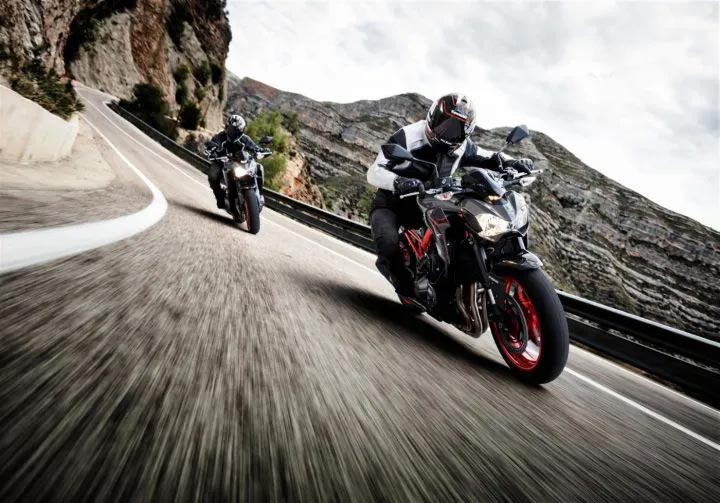 The Z900 continues to be one of the easiest big bikes to ride and it has got the sales figures to back it up. India loved the Z800 for the inline-four experience it offered and the Z900 just bettered that in every way imaginable. 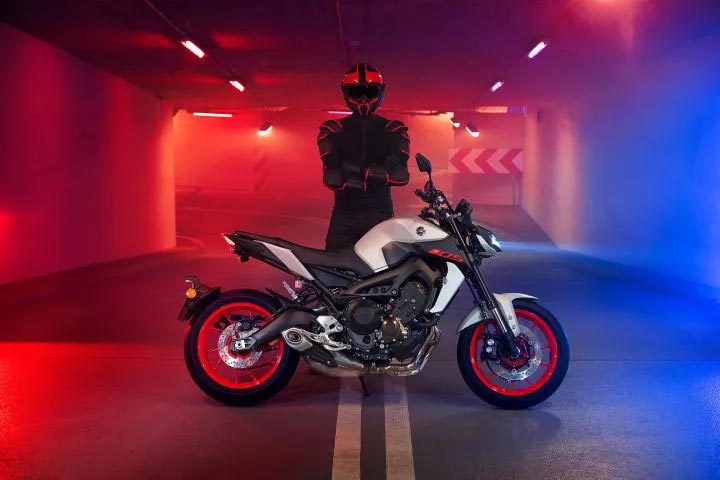 As for the Yamaha, we are glad it has sorted out the electronics and suspension issues that plagued the previous-gen bike. Not only does it look mad, we’ve heard it rides mad as well. We can’t wait to put the new version through a thorough test to see how much of an improvement it really is. Meanwhile, we just wish Yamaha had a wider network for selling its big bikes. 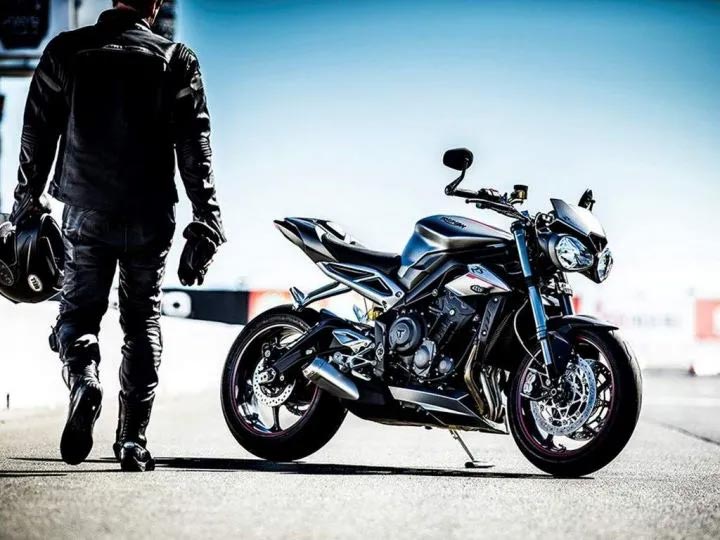 You can’t go wrong with the Street Triple RS. It’s an excellent all-rounder and ticks all the right boxes. Yes, it is the most expensive of the lot, but it packs the best kit and is perhaps the best do-it-all bike here. To top it off, its got racing pedigree too. For now, it continues to be the must-have mid-size supersport. Period.