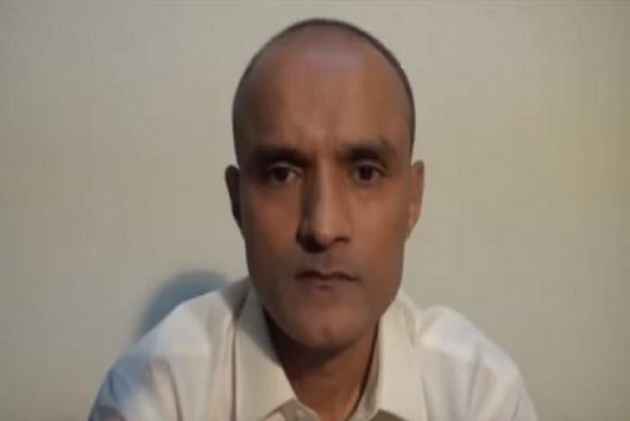 Pakistan has started the process to file its plea in response to India's memorial submitted in the International Court of Justice (ICJ) against the death sentence of Indian national Kulbhushan Jadhav.

Jadhav, a 46-year-old retired Indian Navy officer, was captured in Balochistan in March, 2016 by Pakistani security forces and tried in a military court which sentenced him to death for "espionage and subversive activities".

The ICJ had asked Pakistan to submit its written response or memorial by December 13 before the court could start further proceedings.

According to Foreign Office sources, Attorney General Ashtar Ausaf Ali yesterday presided over a meeting of law experts and officials of the ministry of foreign affairs and other relevant departments to discuss the line of arguments in the ICJ.

"We will forcefully defend our position which is based on the fact that Jadhav is a serving Indian spy tasked to carry out subversive activities in Pakistan," the sources said.

Meanwhile, Ausaf told the Dawn that they had decided to hold weekly meetings in order to review the situation and "to finalise Islamabad's point of view and convert it into an appropriate rejoinder to India's allegations".

He said they were in touch with relevant stakeholders, including Khawar Qureshi who had pleaded Pakistan's case at the initial stage, to formalise a robust reply refuting all allegations levelled against Pakistan.

The daily reported that the attorney general's office is also busy documenting the case and collecting instances of the "atrocities and human rights violations committed by India" in Jammu and Kashmir.

On Thursday, the Pakistan Army said it is close to a decision on the mercy petition of Jadhav.

"Kulbhushan Jadhav's mercy petition has come to the army chief. There is a process, everything goes through a process but I can assure that it is near finalisation and we will give you news about this very soon," army spokesman Major General Asif Ghafoor said.

Jadhav's death sentence was confirmed by Pakistan's army chief General Qamar Bajwa on April 10. He has filed an appeal with the army chief to seek clemency, which is still pending.

After India approached the ICJ, a 10-member bench on May 18 restrained Pakistan from executing Jadhav till adjudication of the case.

Jadhav's sentencing had evoked a sharp reaction in India.

India has warned Pakistan of consequences and damage to bilateral ties if the "premeditated murder" was carried out.

In its application, India had also informed the ICJ that it learnt about the death sentence against Jadhav from a press release.

India acknowledges that Jadhav had served with the Indian Navy but denies that he has any connection with the government. It also said that Jadhav was kidnapped from Iran.

India has also handed over to Pakistan an appeal by Jadhav's mother, initiating a process to get his conviction overturned.