Kumar Vishwas Was At 'Centre' Of Conspiracies To Topple Govt, Alleges AAP

The poet-politician was at the receiving end of the stinging attack a day after he gave vent to his ire against Kejriwal over being denied a Rajya Sabha ticket. 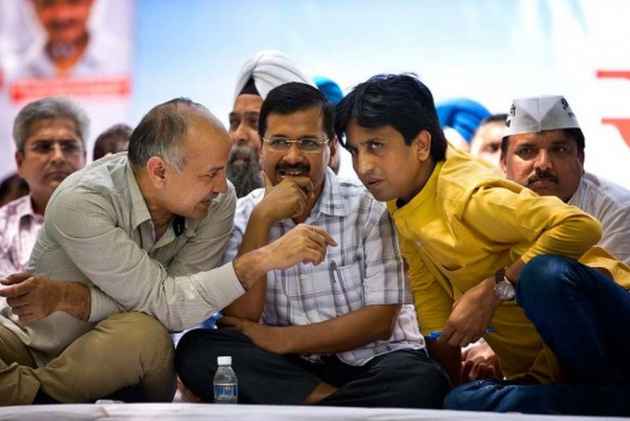 The Aam Aadmi Party today hit back at rebel leader Kumar Vishwas, alleging he was at the "centre" of conspiracies hatched to topple the Arvind Kejriwal government in Delhi after the municipal polls.

The poet-politician was at the receiving end of the stinging attack a day after he gave vent to his ire against Kejriwal over being denied a Rajya Sabha ticket.

AAP's Delhi convenor Gopal Rai claimed that after the MCD polls in April last year, "there were attempts to bring down the government and Kumar Vishwas was the principal mover and at the centre of those conspiracies".

"Most of the meetings in this regard involving a few MLAs were held at his residence. Kapil Mishra was a part of it and later he was removed from the cabinet," he said during a Facebook Live session.

Vishwas did not react to Rai's allegations. The disgruntled AAP leader had yesterday alleged that he was punished for saying the truth about Kejriwal's decisions and that he accepted his "martyrdom".

During the social media session, Rai referred to a video that Vishwas had released indirectly attacking the Kejriwal government on the issue of corruption.

Rai said that through the video, Vishwas sought to scuttle the AAP's chances in the municipal polls, which the party eventually lost to the BJP.

"He is a person who attacks the party from every possible public platform. Can such a person be sent to the Rajya Sabha?" Rai asked.

Earlier in the day, Vishwas had tweeted that he will never rethink the stance on various issues that he took in the video.

"The voice of this video was, is and will remain on top for me, despite the cost I had to pay recently. I will never compromise on any stand in this video, even if more sacrifices are needed in future, because it's not just me, it's We, The Nation!" he tweeted.