Ayesha Sulthana Rebuts Lakshadweep Administration's Claim Of Non-Cooperation Against Her

Responding to the allegations of the administration, the filmmaker - represented by advocate K A Akbar - has claimed that she had not deleted any material from her phone which was seized by the police without any prior information or direction regarding the same. 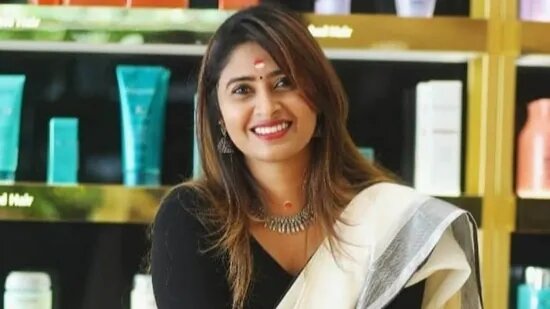 Lakshadweep filmmaker Ayesha Sulthana on Tuesday rebutted in the Kerala High Court the allegations made by  the Lakshadweep administration regarding her non-cooperation with the ongoing probe in connection to the sedition case registered against her. She claimed that the authority was in a hurry to project her as an 'anti-national'.

In it's recent reply opposing Sulthana's plea to rescind the FIR against her, the Lakshadweep Administration,  had asserted that Ayesha Sultana was not cooperating with the investigation. They also claimed that she had erased details of various communications from her mobile phone after lodging of the case and refused to provide documents sought by the police.

Responding to the allegations of the administration, the filmmaker - represented by advocate K A Akbar - has claimed that she had not deleted any material from her phone which
was seized by the police without any prior information or
direction regarding the same.

Filmmaker Aisha Sulthana Says She Will Continue Fighting For Lakshadweep

She has further claimed that after seizing her phone and her brother's laptop on June 25, the devices were not produced before the trial court till July 15 and she is not
aware in whose custody it was all that time.

"The allegation that on scrutiny of the mobile phone of the petitioner (Sulthana), some media files and chat history of social media platforms were found deleted is utter
falsehood. The petitioner has not deleted any chats from her social media or any other internet-based platforms. The allegation that text messages were deleted is false," the reply said.

It further stated that the non-production of the electronic devices was with the intention "to insert false evidence" against her.

"Since the chain of custody is lost, the prosecutions intention is very clear. They will tamper with the mobile phone..," she has alleged and has added that both devices have been sent to a forensic lab in Gujarat, instead of labs in Hyderabad, Chennai or Kerala as per the prevalent
practice.

"The prosecution deliberately circumvented the chain of custody of both electronic devices seized in this case which provided an opportunity for them to install any material according to their whims and fancies, which is prejudicial to the interest of the petitioner," she said in her reply.

Countering the allegation that she did not supply the documents sought by the police, Sulthana contended that the court has not directed her to surrender her passport to the
investigating officer.

She also claimed that she has given scanned colour copies and photocopies of all the documents, including her passport, Aadhaar card, etc, as the originals were required for day-to-day activities and the allegation that she has not cooperated with the investigation is false and is intended to mislead the court.

The filmmaker termed as 'absurd' the charge that her philanthropic activities were anti-national.

"Even after disclosing the persons behind the philanthropic activity and the services done by the petitioner with the help of friends through local police officials, this investigation never looked into such aspects and is making the petitioners position as an anti-national
who received money to make seditious comments," she added.

"The petitioner is not indulging in any kind of anti-social, anti-national or any other criminal or civil activities.

"The petitioner has been facing this kind of harassment and trauma, raids, long hour interrogations for several days, only because the petitioner criticized the Administrator who was not observing any quarantine rules himself or his staff," she claimed.

In her reply, she again urged the court to quash the FIR and the proceedings emanating from it.

Earlier, the high court had refused tostay further proceedings in the sedition caseregistered against Sulthana.

Considering a plea filed by Sulthana seeking to quash the FIR registered against her by the Kavaratti police, the high court had said investigation in the case was at a preliminary stage and more time may be required for completing the probe.

Sulthana has been granted anticipatory bail in the sedition case.

A case was registered on June 9 under Section 124-A (sedition) and 153 B (hate speech) of IPC on the basis of a petition lodged by a political leader hailing from
Kavaratti.