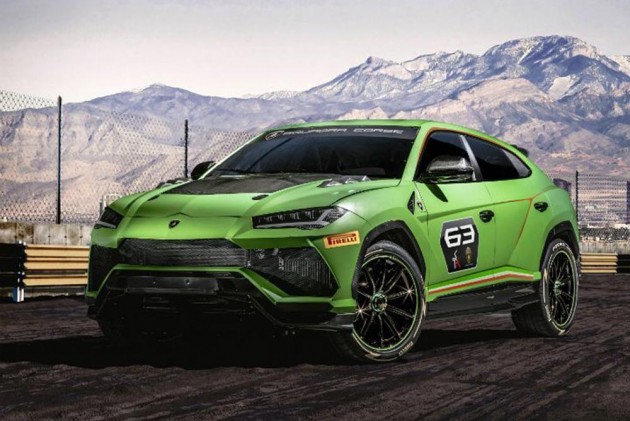 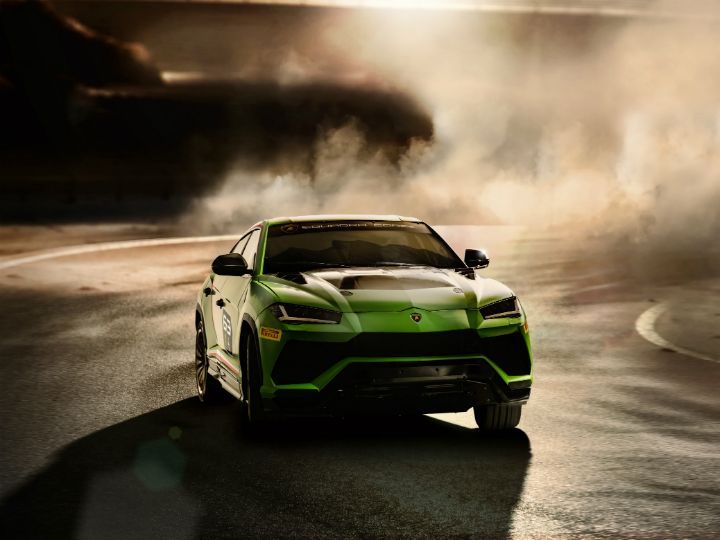 It was only a matter of time. The Lamborghini Urus has been given the racetrack-ready treatment barely a year after it was unveiled to the world. The ‘super’-SUV from Lamborghini had to live up to its hype and the ST-X Concept should be the perfect way to drive home the point about its sportiness. The Lamborghini Urus ST-X’s final version will be used in a one-make race series on FIA-approved tracks in Europe and the Middle-East beginning 2020. 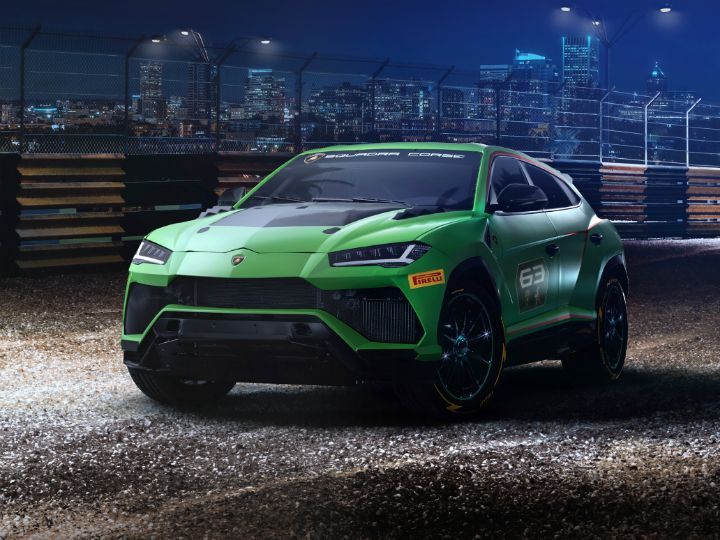 The Urus ST-X certainly looks like a racecar (race-SUV?) -- the Verde Mantis (green) liveried SUV gets a gaping front fascia, the larger intakes helping the twin-turbo V8 breathe better. Menacing looking air vents on the hood should help cool it down better. 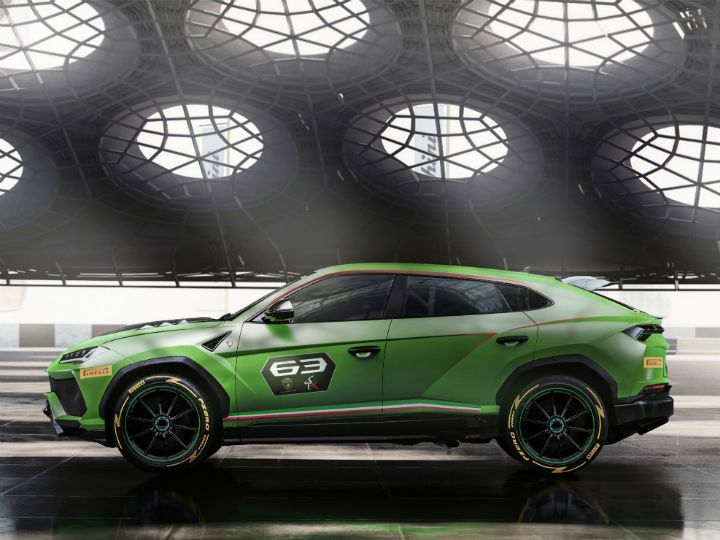 21-inch single-nut aluminium alloy wheels make it look the part and are also helpful for faster pit stops. The wheels are shod with specially developed Pirelli tyres. Finishing up the transformation is the addition of a relatively more aggressive wing on the rear hatch. 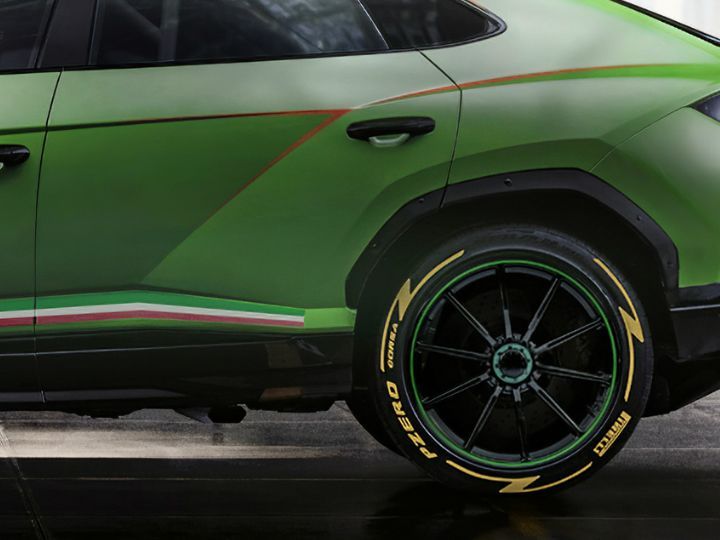 Hexagonal exhausts peep out from under the rear door (Mercedes-AMG G 63 style) rather than their traditional position out back. The front and rear bumpers seem to have been reinforced to take on the small and expensive dents expected in a close-knit racing scenario. 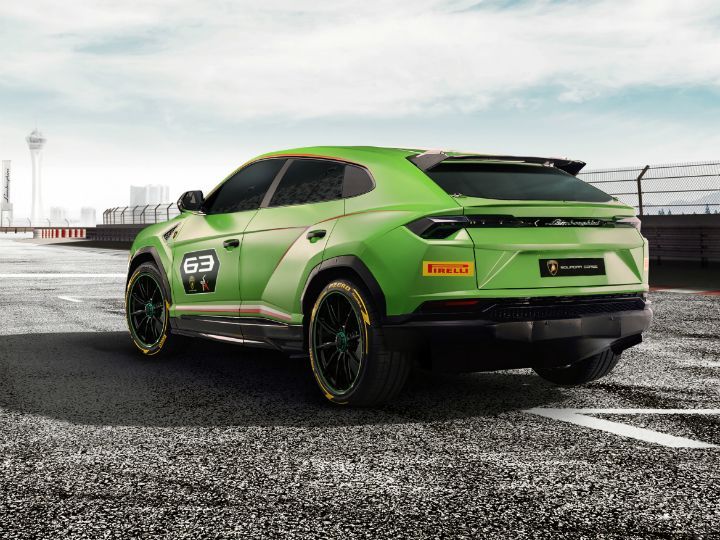 As with any roadcar based racecar, the Urus ST-X Concept is bare bones on the inside and uses lightweight materials - including a carbon-fibre bonnet. Even with the addition of FIA-regulation safety equipment, including a complete rollcage, fire suppression system and FT3 fuel tank, it is 25 per cent lighter. It is not a featherweight car by any means though, the Urus ST-X should weigh somewhere about 1700kg! 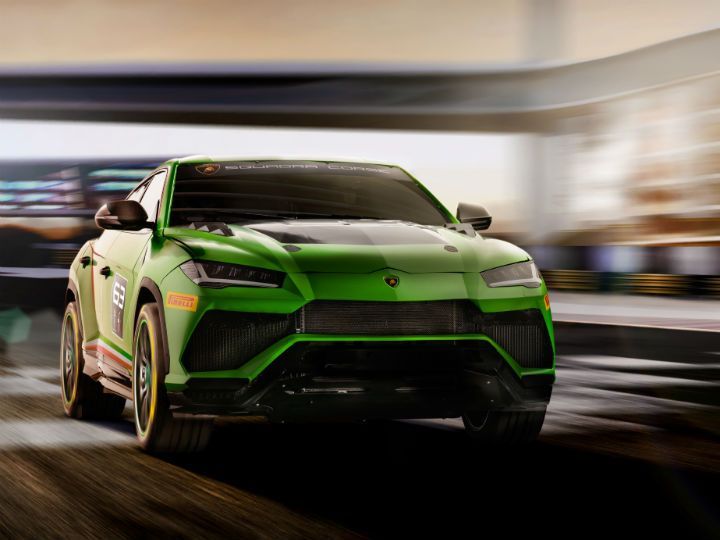 Lamborghini wants to show off the capabilities of the Urus and thus it has announced that the races will ‘combine race circuit and off-road track’. This leads us to believe the races will closely follow the model used in World Rallycross Championship (WRX) racing. Imagine a field of Urus’ jumping over obstacles, clashing for position on narrow (the Urus is just over 2-metres wide) tracks - sounds like fun right? The final version of the ST-X will make its track debut in 2019, with racing set to start in 2020. We can’t wait!