Landscapes Are All In The Mind 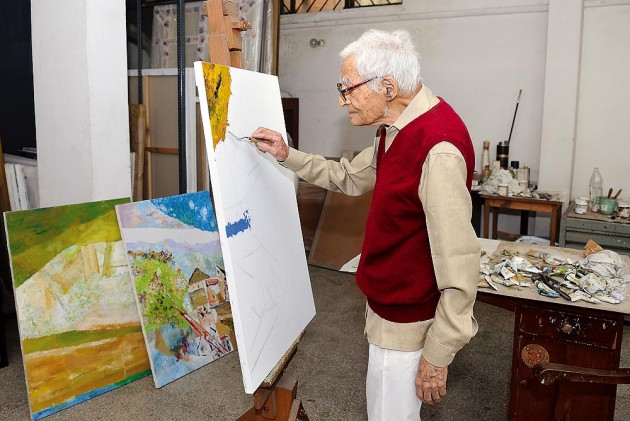 At the age of 92, Ram Kumar continues to broaden and embellish the vistas of Indian art, adding hues to his reputation as a pioneering abstract painter the country saw emerge along with masters like M.F. Husain, Tyeb Mehta and S.H. Raza since Independence. An exhibition of his select works from the 1960s till this year is on in the national capital, where the veteran from Himachal Pradesh lives.

‘Traversing The Landscapes of The Mind’, as the fortnight-long show hosted by auction house Saffronart  is named, displays two of Ram Kumar’s 2015 sculptures as well. Several of the works, though, as the title suggests, portray landscapes—particularly Benares, the Ganga-lined ancient city that has particularly enchanted him over the decades. 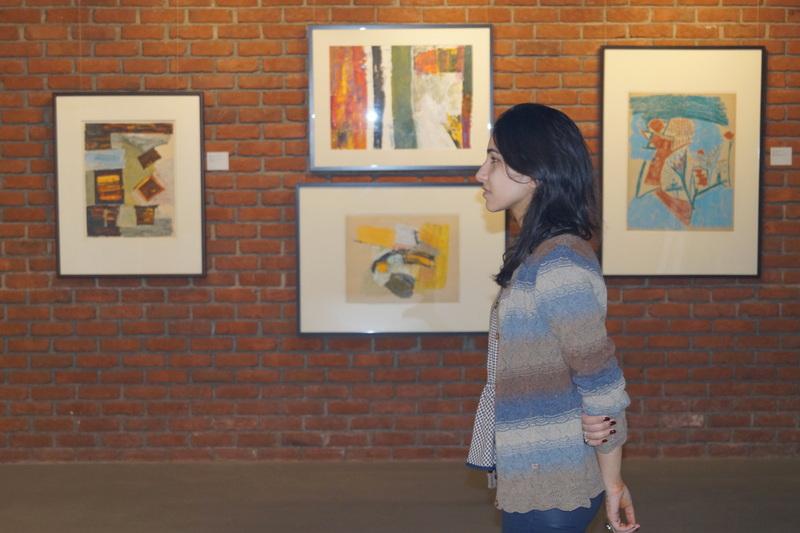 “Benares is a funny funny thing,” notes the nonagenarian, recalling a trip he first made to its ghats along with the renowned Husain (1913-2011). “On reaching there, Husain said ‘you go in one direction; I will go in another’.”

It was the extreme agony of the people who saw in Benares that led Ram Kumar to go for their abstract portrayal, he reminisces in a video the organisers released on the occasion of the inauguration of the 18-day show.

Of course, there are the solemn-faced men and women who the artist portrayed during his time in power-war France. After all, Paris is where he did advanced art studies (1949-52) under two masters of that European country and even joined the French Communist Party, having been influenced by the pacifist peace movement.

The December 14-31 exhibition at The Claridges hotel has a total of 73 works of the modernist. A few of them, interestingly, are double-sided—and done on paper using pen and ink. Using the same media, Ram Kumar has also sketched self-portraits of sorts: a lean, bespectacled gentleman with a studious face. The nonagenarian’s habit of occasionally signing on his paintings in Devanagiri script finds examples in the current show, which has a chunk of the works for sale. 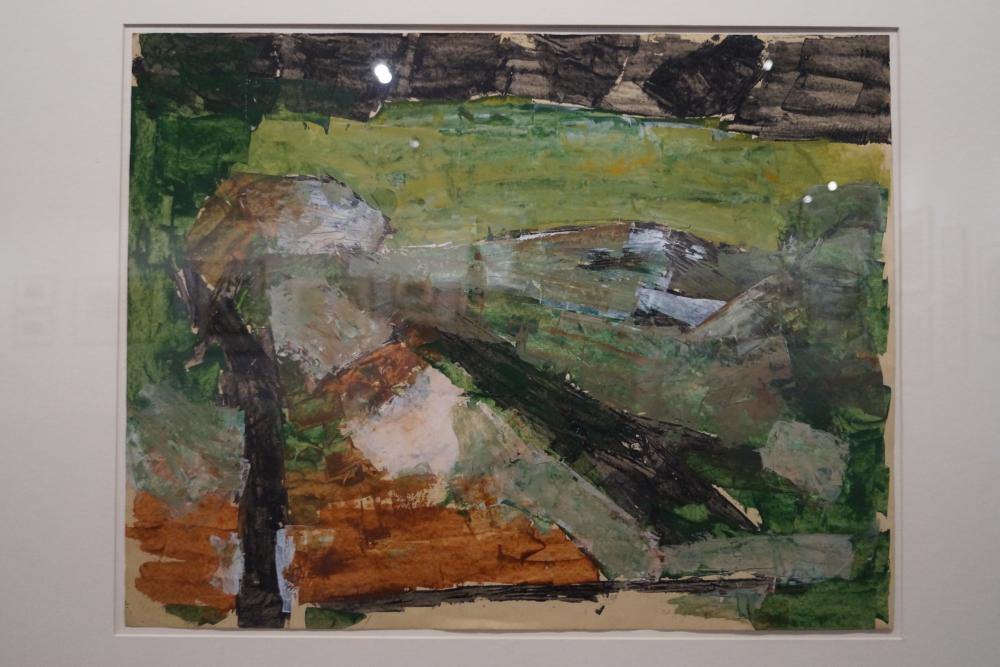 A 1990 work in colour, among others, is a take on the hills, reiterating the Shima-raised artist’s obsession with rugged greenery he saw around as a child. Clusters of inhabited lands punctuate sprawling fields viewed from the top; it’s a 2010 painting. A 2014 work on paper, using acrylic, is a celebration of yellow and blue as much as it is the virtual blending of the foliage of two trees. Another (of 2012) shows five human faces, yet, has the master going for the beauty—in abstract—of nature in the background.

As scholar Ranjit Hoskote points out, “Ram Kumar’s art, which has proceeded through an alternation of joyous expressivity and brooding reticence, plays out a crucial polarity of emphasis in the context of Indic culture: that between samsara, the sensual participation in the world of events, and nirvana, the ascetic blowing-out of desire.” All the same, “he has also been tempted to oscillate to the other and romantic pole of his sensibility: taking a passionate and unabashed delight in the physicality of the vista, its capacity for moodiness and unstable beauty, he has celebrated the flush of magnolias in bloom, the gravid slopes borne down by clouds,” the author notes in Parts of a World: Reflections on the Art of Ram Kumar (2002).

The current exhibition also saw the launch of a book on the works at the exhibition. The 276-page work, with an introductory essay by art critic Meera Menezes, notes, “After six decades, Ram Kumar still keeps us guessing at how the landscapes of his mind will unfold.”

Ten prints of a Ram Kumar work using pen, ink and wax on paper is also on sale at the exhibition.