Language Of The Land

Rather than something mandated, learning indigenous languages has now become a matter of individual choice for sensitive bureaucrats. 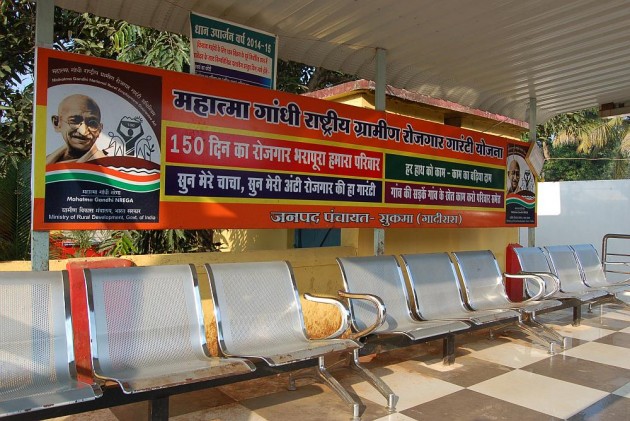 Even Chief Minister Raman Singh acknowledges its power — the power a common language has to bridge two peoples across a chasm. At the peak of his Vikas Yatra election campaign in 2013, when Singh wanted to send out an electoral plea to his state's tribals, he chose to begin, not in Hindi, but Gondi. "Nanodadalor johar! Nana miyagatina Vikas Yatra shuru kiyalay wattan," his voice burst out of megaphones in tribal strongholds across Bastar, Dantewada, Bijapur and Sukma. "Brothers and sisters, I have come here to start my Vikas Yatra," was what he said in Gondi. It was a rare and dramatic start to his speeches, one always greeted with loud applause by tribals at the rally.

It was the desire to build such a rapport with the state's marginalised tribals that the Chhattisgarh government in 2013 decided to coach IAS probationers attached to its cadre in at least one of the local tribal languages. Enabling its future senior bureaucrats to learn tribal languages indicated the state's desire for a rapprochement with the adivasis. Along with tips on governance at the State Academy of Administration (SAA) would come immersion in Halbi, Gondi, and other indigenous languages of the state. It was a reversal of their exclusion at top levels of the governance structure and an acknowledgement of the rift it had caused between the government and those governed.

However, less than two years on and with a change in the management of SAA, this equitable vision has fizzled out. Its current director, M K Tyagi, doesn't think it is a worthwhile investment for the SAA to make. "There is no need for it," he says emphatically, seated in his swank office room in Naya Raipur, a new capital that is rising literally from the dust. "When I was the collector of Bijapur, all those who came to me spoke Hindi. Others in villages, we reached out to them with the help of local field-level officers or other villagers on the spot." However, if you don't speak Hindi, it is a problem, he hastens to add.

Tribal languages in Chhattisgarh, Tyagi also thinks, are "dialects" of Hindi or other major languages in the region like Telugu. It is a notion many others share but also one that is challenged by linguists. This is because the basis to demarcate "languages" and "dialects" is built more on condescension rather than rigorous linguistic classification. "A language is nothing but a dialect with an army and navy," is what noted Yiddish scholar Max Weinrich had heard from a speaker at one of his lectures. He subsequently popularised it to lampoon the arbitrary language-dialect classification. From a Chhattisgarhi tribal's vantage point, and considering the strong presence of police and central paramilitary forces in the state, it is an apt description of how many adivasis here also probably think of Hindi as a "dialect with an army".

On the ground here, the frequent transfer of IAS officers, often in just about a year or even less, is also something Tyagi cites as a barrier to putting in place any such linguistic investment for its bureaucrats. His fig leaf, though, are some local language charts that he pulls out. These are pedagogical support material used for schools that rare interested bureaucrats can tap into. While the state may not actively facilitate learning indigenous languages for its bureaucrats, the point being made was that it Had neither proscribed acquisition of local language skills.

This happens to be the unceremonious end the pathbreaking SSA drive has met with. Rather than something mandated, indeed encouraged, by the government, learning indigenous languages has now become a matter of individual choice for sensitive bureaucrats. At a time when the state needs to send out empathetic signals to tribals it wants to draw away from Maoist influence, the decision to do away with the SAA initiative gives the wrong message — that tribal languages are not worthy of being learnt by its officers. It enervates the government's outreach efforts. On the other hand, a linguistic immersion sanctioned and encouraged by the state would have brought its top bureaucrats, who can at times be cut away from ground realities, closer to tribal cultures and their worldview.

"It would have helped them connect with the locals better and work more effectively," says Sikandar Khan, an employee of the education department in Dantewada. "Not everywhere do we have translators and even if they are available, they can be incompetent or, worse, have biases." Across this region, Khan is better known as Dada Jokal, a polyglot and reservoir of indigenous languages the state taps into when needed. It was him Raman Singh's office reached out to when they had to include Gondi and Halbi phrases in his Vikas Yatra speeches. It was him again who the SSA sought out when the plan to train IAS officers was still on. As you probably have guessed, he never ended up going. While the administration in Gadchiroli district in Maharashtra, also a left-wing extremism affected area, asked its officers to pick up Madia Gondi in 2013, no such initiative is known to have been taken by any district in Chhattisgarh. "The local administrations here really should take a similar decision," Khan adds.

A serving collector in south Chhattisgarh argues the SSA could have pitched in with key phrases and greetings during his training stint there. "It would have impressed the people here," he says. While arguing that language is not a barrier to development, the officer does concede that it gives an "additional edge". District-wise distribution of language data from the Census is not made public but one can get an idea of Hindi's limited reach in this part of the state through the 2011 literacy data (given that education is offered in Hindi only). Dantewada, Bijapur and Sukma districts, all of them at the centre of the Maoist maelstrom, have literacy rates in their low and mid-thirties. Another collector, who has served in some of these areas, says the government is "clueless" when it comes to local languages. "This when their extensive use can break the base of the Maoists and change the landscape," he adds.

It is through dedicated linguistic outreach that the Maoists have accentuated their proximity to adivasis and their faith in the tribal cause. Top commanders have acquired near-native skills in Gondi, spoken widely by marginalised tribals in south Chhattisgarh and adjoining areas. Even those Maoists from other tribal communities, including foot soldiers, have had to learn Gondi. Instead of "outsiders", which is how government officials often discredit them, many locals think of the Maoists as more of an "insider" than a government official who doesn't speak Hindi. It is this linguistic affinity that builds this rapport. Perception matters a lot in this ongoing battle for minds, and being perceived as unfriendly to tribal languages and cultures is one that continues to cost the state dear in this conflict.

Debarshi Dasgupta is a National Foundation for India Media Fellow, working on linguistic aspects of the Maoist conflict.