Lawyers Elected As Lawmakers Can Practice In Courts: SC

The bench had on July 9 reserved the order on the PIL filed by BJP leader and advocate Ashwini Upadhyay. 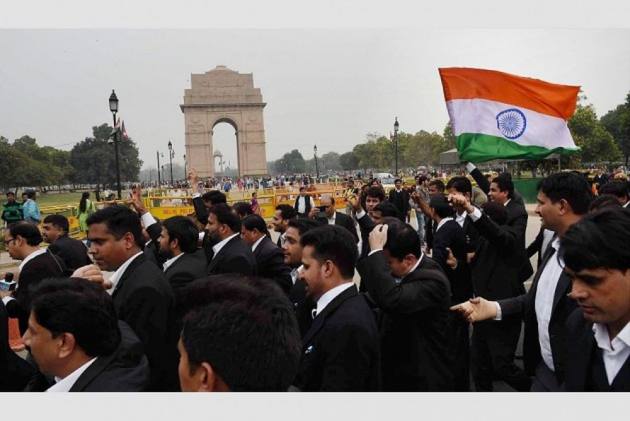 The Supreme Court on Tuesday dismissed a plea seeking to ban lawmakers from practising as advocates, saying the law does not place any restrictions on them to practice in courts.

A bench of Chief Justice Dipak Misra and Justices A M Khanwilkar and D Y Chandrachud said the relief for restricting the lawyers to practice on becoming MPs and MLAs cannot be granted as the Bar Council of India rules do not prohibit them.

The bench had on July 9 reserved the order on the PIL filed by BJP leader and advocate Ashwini Upadhyay seeking to bar lawyer-lawmakers (MPs, MLAs, MLCs) from practising in courts during their tenure in legislature.

It had earlier taken note of the Centre's submission that an MP or an MLA is an elected representative and not a full-time employee of the government; hence the plea was not maintainable.

However, senior advocate Shekhar Naphade, appearing for Upadhyay, had told the court that a lawmaker draws a salary from the public exchequer and a salaried employee is debarred by the Bar Council of India from practising in the courts of law.

To this, the bench had replied that employment postulates a master-servant relationship and the government of India is not the master of a Member of Parliament.

The apex court was hearing the petition which said that while a public servant cannot practice as an advocate, legislators are practising in various courts which was a violation of Article 14 of the Constitution.

The plea said the issue is a matter of concern to both the judiciary and the legislature as most of the lawmaker-advocates are involved in active practice of law, despite receiving salaries and other perquisites drawn on the public exchequer.

The petition also pointed out that MPs have the power of voting on the impeachment of judges of the Supreme Court and high courts.