Vajpayee, who was 93, died at AIIMS on Thursday after a prolonged illness. 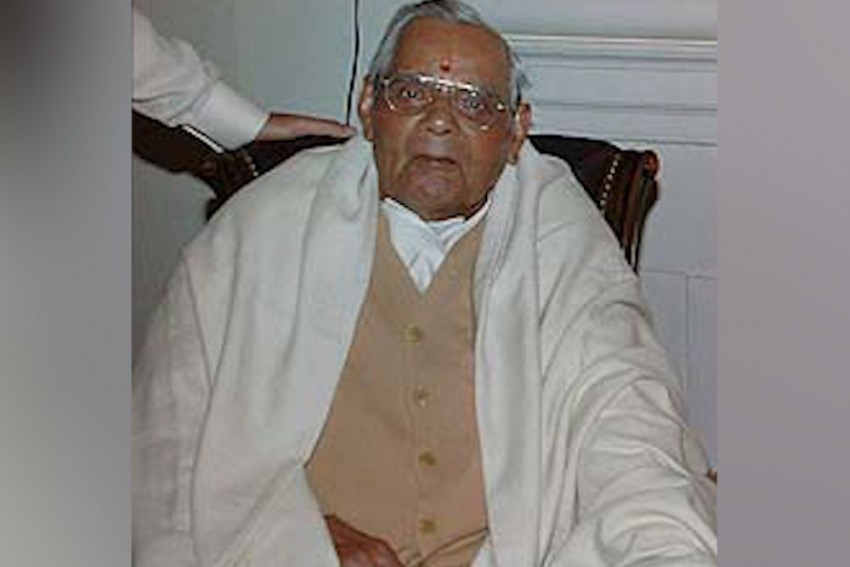 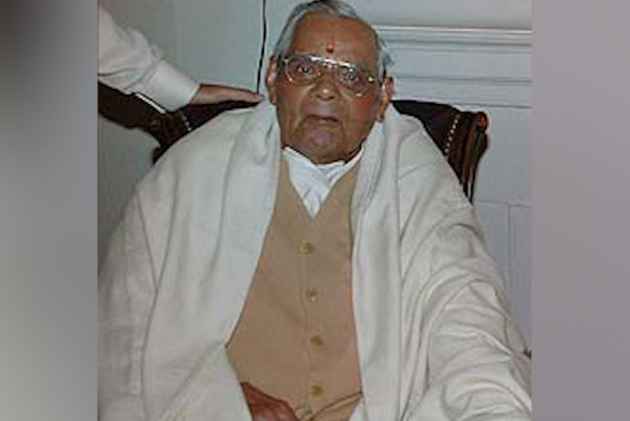 Leaving boundaries of their respective parties, political leaders on Thursday bid an emotional goodbye to former prime minister Atal Bihari Vajpayee describing him as a visionary statesman with acceptability across a diverse ideological spectrum.

Vajpayee, who was 93, died at AIIMS this evening after a prolonged illness.

Several leaders saw a personal loss in death of Vajpayee, one of India's most respected leaders who led the nation through several crises and held together a tenuous coalition with his inclusive politics.

Veteran BJP leader L K Advani, who along with Vajpayee was a central figure in the party for much of its existence, described the former prime minister as one of the country's tallest statesmen and his closest friend for over 65 years whom he will miss immensely.

President Ram Nath Kovind said the "gentle giant" will be missed by one and all.

Congress President Rahul Gandhi said India has lost "a great son" who was loved and respected by millions.

Several of his own party leaders also said Vajpayee was an inspiration to millions, an intense speaker and a true diplomat.

Union Minister Jitendra Singh said even non-BJP supporters would listen to Vajpayee in public rallies just to pick up speaking skills from his oratory.

Singh, Minsiter of State in the Prime Minister's Office, said Vajpayee's demise is a great loss to the nation.

"We grew up listening to him, learning from him,inspired by him. There was no electronic media those days, but many of our college-mates,who did not subscribe to our ideology, would come over to his rallies, just to pick up speaking skills from his oratory," Singh told PTI.

Union Minister Harsh Vardhan said he has lost his "mentor and guide" who had hand-held him into politics.

"A visionary statesman, with political sagacity, his acceptability across diverse ideological spectrum endeared him to all," Vardhan said.

He said Indian scientific community would ever be grateful to Vajpayee who he expanded the 'Jai Jawan, Jai Kisan' slogan to include 'Jai Vigyan' after the Pokhran nuclear test and his courageous decision to go for the second nuclear test was the beginning of an India to reckon with.

Another Union Minister V K Singh said he was deeply saddened by the demise of our beloved leader.

"India has lost one of her most beloved sons, a statesman, and unarguably one of the best PMs to have led the country. Rest In Peace Atal ji, we will miss you," he tweeted.

Congress MP Milind Deora said, "Atal Bihari Vajpayee was a poet and statesman who put country before party. In the spirit of bipartisanship, he worked closely with my late father Murlibhai to strengthen Indo-US ties and liberalise India's insurance sector. My condolences to Gunu didi, Ranjan, his family & supporter."

Lok Janshakti Party (LJP) chief Ram Vilas Paswan said many people are known by the post, but the post of prime minister was very small in front of Atal Bihari Vajpayee.

"He was a great politician, intense speaker, a true diplomat, having clarity in thinking, warrior of social justice and a great nationalist," Paswan tweeted.

Union Minister Suresh Prabhu said, "Atal ji struggled all his life to uphold the ideals so dear to him, it culminated in his becoming PM In 1996, period of 1998-2004 when he held the position again,will be always remembered #GoodGovernance. Fought with ailments, last few years, today fight ends. We always will miss you".

Senior Congress leader Anand Sharma said, "It is a great loss to the country. It was a joy to listen to Atal ji, he cut across ideology, he was a person who had compassion and his belief to take India together is to be remembered. India has become poor in his loss. He has left a deep imprint."

Describing him as one of the greatest leaders ever, Fadnavis said his footsteps are followed by many, he is an inspiration to millions, encouraged and taught everyone how to serve the last man with the weapon of democracy.

Former Uttar Pradesh Chief Minister Akhilesh Yadav also offered his condolences to Vajpayee and said the inspiration will survive even after the end of a great life.

Odhisha Chief Minister Naveen Patnaik said,"I am deeply grieved by the sad demise of Atalji. India has lost the tallest leader. May his soul rest in peace.".

"He was an inspiration and support. It's an end of an era of Indian politics. He wasn't among those to lose battle. He was a fighter," he said.

Delhi BJP president Manoj Tiwari said," I just pray the almighty to receive his soul and give strength to his followers and well wishers to bear the loss."