The Premier League has now called off 14 matches because of coronavirus issues in less than three weeks, with players having to isolate after testing positive or if they are unvaccinated and a close contact of a COVID-19 case. 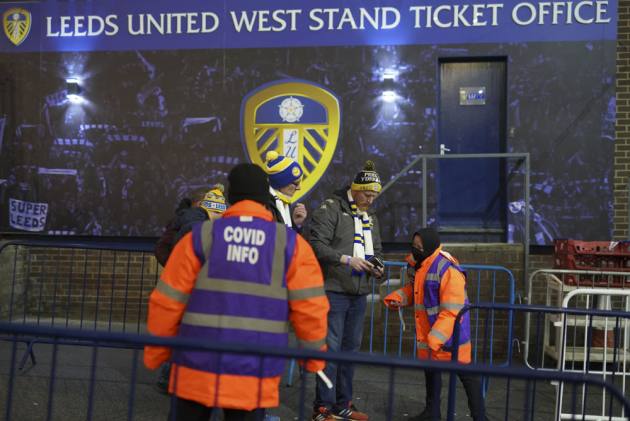 Leeds has secured Premier League approval for another match to be postponed due to the club’s coronavirus outbreak. (More Football News)

The home game against Aston Villa on Tuesday has been called off, having already had Sunday’s match at Liverpool postponed.

“The board accepted the postponement application as the club does not have the required number of players available for the match (13 outfield players and one goalkeeper),” the Premier League said in a statement.

The Premier League has now called off 14 matches because of coronavirus issues in less than three weeks, with players having to isolate after testing positive or if they are unvaccinated and a close contact of a COVID-19 case.

But Crystal Palace had its request for Sunday’s game at Tottenham to be postponed rejected.

Palace hasn’t disclosed the number of players who tested positive. The league will have considered that Palace had enough players to fulfil the fixture in north London.

But Palace will be without manager Patrick Vieira who has started self-isolating for at least a week after the club said Sunday that he tested positive.

The game at Tottenham is one of six Premier League fixtures on the Boxing Day program. Aston Villa announced Saturday that manager Steven Gerrard had tested positive for the coronavirus so he was absent from the game against Chelsea.

Three matches were postponed due to coronavirus infections across squads: Burnley vs. Everton, Liverpool vs. Leeds and Wolverhampton vs. Watford.