He claimed that the TMC was trying to create confusion among the voters about who is the main opposition party in the state. 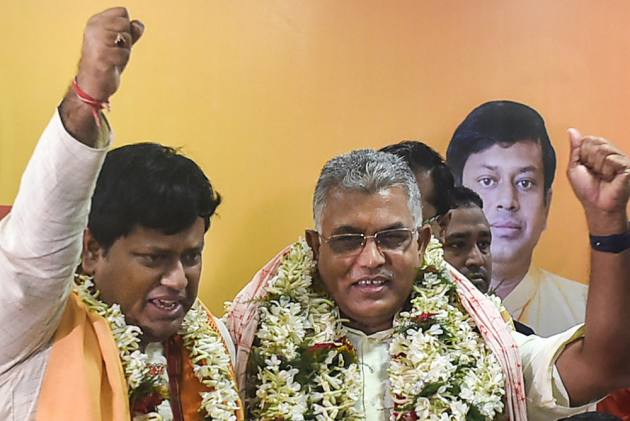 The CPI(M)-led Left Front coming up as second in terms of vote share in Kolkata civic polls is part of TMC's ploy to divide opposition votes, the BJP said on Tuesday. Addressing a press conference, state BJP president Sukanta Majumdar asserted that his party will prove in the elections to the 111 other civic bodies who is the prime opponent of the TMC.

Claiming that the Left Front is a beneficiary of the TMC's "game plan" to keep the BJP at bay, Majumdar said, "It is a strategy of the TMC to divide opposition votes so that it can win elections easily." This is the reason why TMC is welcoming the Left Front's climbing back to the second spot in terms of vote share, he said. On whether the Left was becoming a stronger force than the BJP in West Bengal, Majumdar said, "There is no such possibility as the BJP is the main opposition party in the state."

He claimed that the TMC was trying to create confusion among the voters about who is the main opposition party in the state. "It will understand who is their chief opponent during the elections to the 111 other municipal bodies spread across West Bengal." The Left Front got 11.13 per cent of the votes polled, winning two seats, while the BJP got an 8.94 per cent vote share, bagging three seats. The TMC won 134 of the total 144 wards in Kolkata Municipal Corporation (KMC) with a vote share of 71.95 per cent.

The Congress also won two seats with 4.47 per cent of the total votes polled, while other candidates pocketed a 3.25 percent vote share. Three seats were won by Independent candidates. BJP spokesperson Samik Bhattacharya said the civic poll results were not a true reflection of the people's choice. "The State Election Commission is effectively a frontal organisation of the ruling party in the state. It is not possible to hold free and fair elections with the state police and administration," he claimed. "TMC workers indulged in false voting in a festive mood. It is astonishing that despite this, opposition candidates won some seats," he added. He said the BJP will explore legal options, as well as organise political movements.