You Want it Darker is a statement of Cohen's defeat, at both the hands of the divine and his impending death 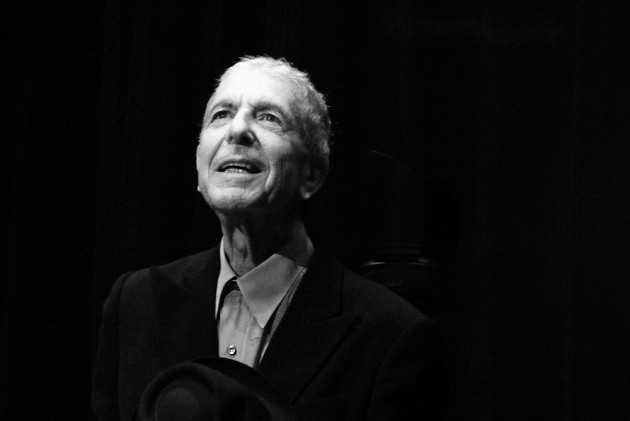 You Want It Darker, Leonard Cohen's latest album, is his final cry of anguish. Earlier this month, in a splendid profile of his in the New Yorker, the aging singer who has turned 82 this year, told David Remnick that he is 'ready to die.' Later he would tell his bereaved fans that what he doesn't mean what he said, that he is prone to 'over-dramatization,' and that he is not going to die too soon. But listening to his latest album one gets the feeling that maybe, maybe, there is a kernel of truth to what he said after all. And his pronouncements later are nothing if not fragments of consolation directed towards his fans and to the world.

The title track begins with low-key sounds of the Jewish cantor, carefully segueing into the austere notes of the synthesizer. And from here emerges the voice of Leonard Cohen. Age has rendered his famous baritone into something mystical, as if we are hearing the last recorded voice of an aging patriarch who has seen it all and suffered it all, lying prostrate on his death bed, and uttering very carefully the last of his preserved syllables:

If you are the dealer, I'm out of the game
If you are the healer, it means I'm broken and lame
If thine is the glory then mine must be the shame
You want it darker
We kill the flame.

Here is Leonard Cohen, once the poet laureate of self-inflicted melancholia, addressing directly his deity, with his wounds open and arms outstretched — Hineni, hineni/I'm ready, my lord. This refrain echoes the refrain of Abraham as he looked up to his God— who had asked him to sacrifice his only son to prove his loyalty and devotion—and like a son responding to his father's call said 'Here I am'. In a way, for Cohen, Hineni becomes both a cry for salvation, and an exclamation of abandonment, as if he is trying to say, like Jesus hung on the cross, Eloi, Eloi, lama sabachthani, My God, My God, why have you forsaken me.

In many ways, Cohen continues with this sentiment in Treaty, the next song in the album. Set against Patrick Leonard's mournful keyboards, Cohen starts with the Biblical image of Christ turning water into wine:

From this ostensible Biblical image, Cohen's voice almost breaks with a perceptible anguish as he sings,

Treaty, much like any Sufi couplet, addresses the divine as a beloved, almost blurring the line between the two in the subsequent verses and leaves us, the audience, with a strange aftertaste – it is both a love song and at the same time a plea, a cry of resignation at the octogenarian singer's inability to bring his lifelong wrestle with the divine to a rest, or to some, or any, conclusion. The refrain, I wish there was a treaty, like Hineni in the previous song, lays bare Cohen's spiritual exhaustion, as if to say he has had enough. At the end, Treaty, perhaps the most beautiful song in this album, is also a stunning meditation on love as a lifetime of defeat.

The album's cover has Leonard Cohen looking out of some kind of window, his right hand, clutching a dying cigarette, dangling out and below. The illuminated window itself is framed against a certain debilitating darkness that can be made to serve a dual purpose – the Biblical dialogue between light and darkness. It's because the illuminated window is set up against the dark background that allows us to focus on Leonard Cohen, and yet, if he were to come out of it, he'd fall into nothingness. This tension between light and darkness, being and nothingness, permeates the record throughout. In Treaty, for instance, Cohen sings I'm so sorry for that ghost I made you be/Only one of us was real and that was me. As if, the mere fact of him asserting his own reality, also allows him to question it. He himself could very well be the ghost, his self an empty room, bereft of any furniture, pleading to a nameless deity for some kind of absolution. The deity may or may not exist, much like he himself, at the winter of his life, may or may not be.

By the time we reach Traveling Light, the album's sixth song, even the almost jubilant cries of the guitar set to arpeggios, and accompanied by the violin weeping forlornly, is not enough to soothe Cohen's torment unleashed through lines like:

Good night, good night, my fallen star
I guess you're right, you always are
I know you're right about the blues
You live some life you'd never choose
I'm just a fool, a dreamer who forgot to dream of the me and you

If the previous songs walked us through his moral and spiritual anguish, Traveling Light is in many ways his goodbye. The phrase 'traveling light' itself has echoes of Dylan Thomas urging his father not to go gentle into the good night but to rage and rage against the dying of the light. But here, Cohen seems not to mind. By this stage he has accepted his fate, and he doesn't mind saying au revoir both to himself and to the world.

Strangely, if there is one classic poem to which this entire album ought to be compared to it is Lord Alfred Tennyson's Ulysses. In that great poem, Tennyson tells us the story of Homer's Odysseus who has returned back to Ithaca, and has lived a fulfilling life with his wife and son. But as old age gnaws in the bones of this once great warrior of Troy, he yearns for that one last adventure before he is finally vanquished. The poem ends with those famous lines where Tennyson and Odysseus himself urge us to strive, to seek, to find and not to yield.

Cohen's You Want it Darker is the antithesis of this sentiment. It is a statement of his eventual defeat, at both the hands of the divine and his impending death and his express desire to yield, at least now, to bring an end to his lifelong battle with both God and love, to end his journey somehow and to arrive at someplace. It is also a striking caesura to a life devoted to art, in trying to unearth the answers to some of the probing questions of humanity. This album, in other words, is the final curtain call to one of 20th century's greatest poets and songwriters.

Arnav Das Sharma is a doctoral fellow in the Department of Sociology, Delhi School of Economics, and an independent journalist. He writes primarily on culture.