The rescue operation was carried out successfully by the Maharashtra Forest Department and Wildlife SOS. 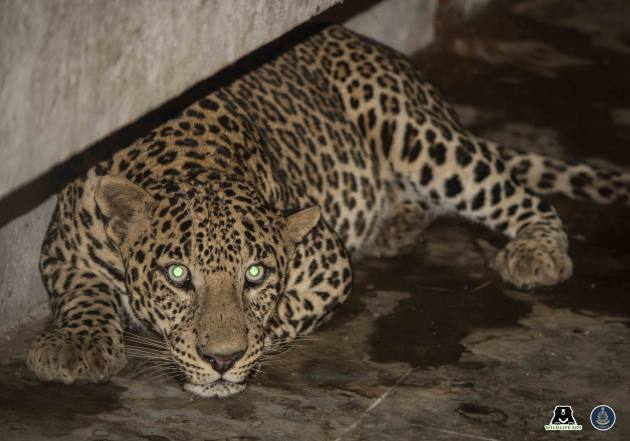 An adult male leopard, which broke into the canteen of Jawahar Navodaya Vidyalaya, located in Takali Dhokeshwar village in Ahmednagar district, Maharashtra, was rescued after a four-hour long operation.

The big cat is currently under medical care and observation at the Leopard Rescue Centre in Junnar.

The rescue operation was carried out successfully by the Maharashtra Forest Department and the Junnar-based conservation charity, Wildlife SOS. 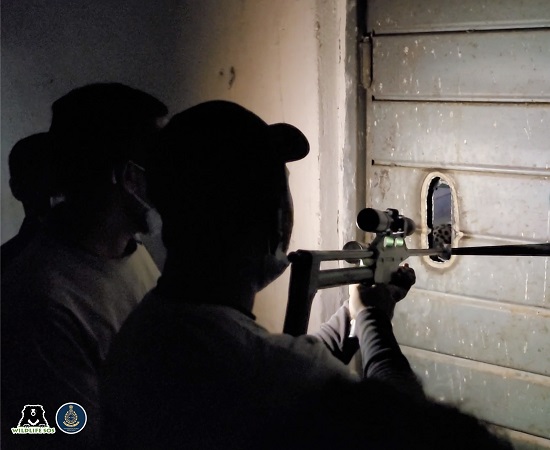 A statement from Wildlife SOS said an adult leopard entered the school through the kitchen window. The on-ground maintenance staff at Jawahar Navodaya Vidyalaya found the big cat sitting in the school canteen while they were cleaning the premises on Wednesday. The panic-stricken staff immediately shut the canteen doors and windows from outside. The incident was immediately reported to the Forest Department and Wildlife SOS. 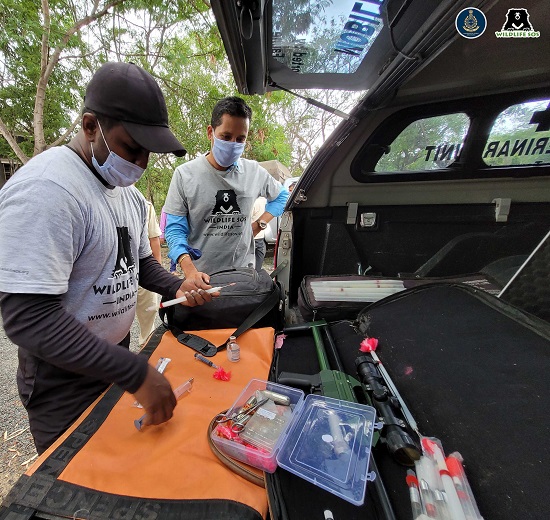 The rescuer team cut a hole in the entry door of the canteen so they could insert a camera and torchlight to get a clear visual on the exact location of the leopard. Once they confirmed its position, Wildlife SOS veterinary doctor Dr. Nikhil Bangar immobilised the leopard using a sedative injection through the hole. 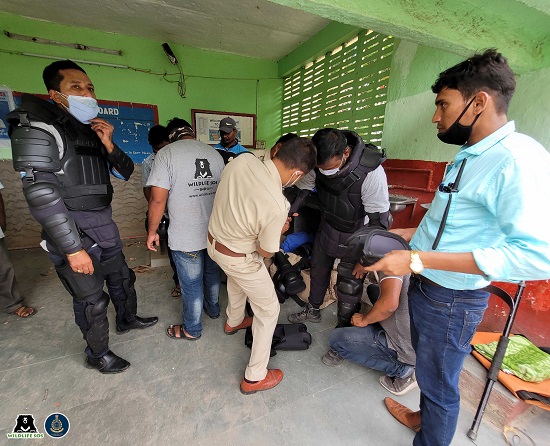 The rescue team gearing up for the rescue operation

“The leopard has scratch marks and wounds on the head, ear, neck, chest and tail regions. The injuries indicates that he must have gotten into a territorial fight with another male and had rushed to find shelter inside the school,” said Dr. Nikhil Bangar. 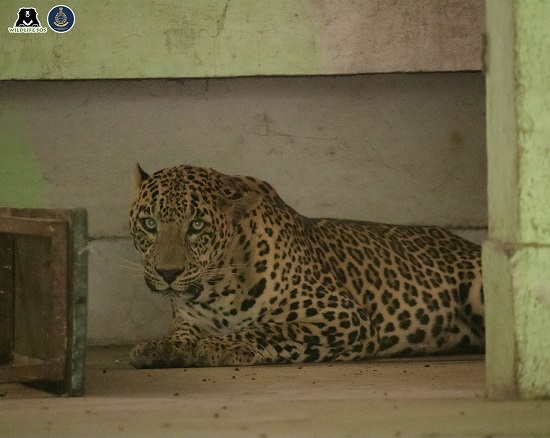 “Our team is keeping the leopard under close observation while he recuperates from this stressful experience, said Kartick Satyanarayan, co-founder & CEO Wildlife SOS.

“Ahmednagar is a leopard prone area and these big cats often wander into human settlements in search of food and shelter. We are grateful to Wildlife SOS for their assistance in this rescue operation,” said Pratap Jagpat, RFO Takali Dhokeshwar.