It is not possible to prevent floods, but its human and economic losses can certainly be reduced by implementing well-identified measures. 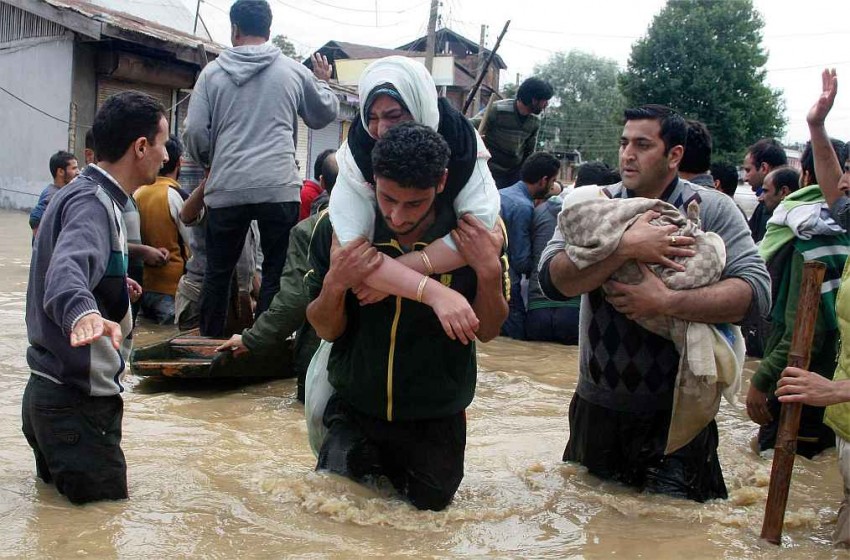 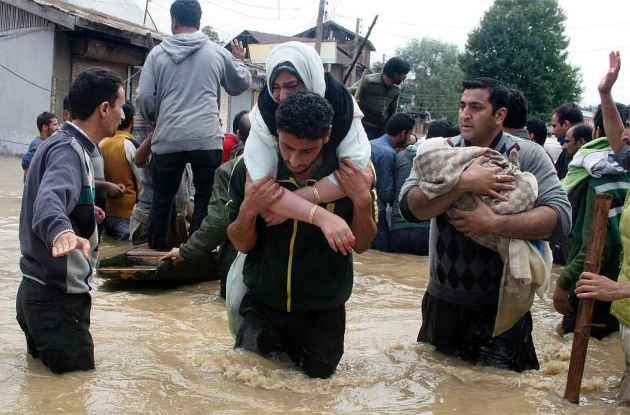 The recent floods in Jammu and Kashmir highlight (J&K) the challenges of dealing with floods in hilly and mountainous terrain. A few hours of heavy rainfall is followed by a large-scale inundation, the impact of which is further aggravated by large depths and high velocities of water. Consequently, the human as well as economic losses suffered are heavy indeed, as is the trauma.

Usually, the monsoon starts withdrawing in the Kashmir Valley in the month of September, which is considered to be a month of low rainfall: as per the rainfall data provided by the Indian Meteorological Department (IMD), the average rainfall does not exceed 60 mm anywhere in the entire Valley during that month. However, the rainfall in September this year was several times higher, which caught both the government as well as the people by surprise. The intensity of the rainfall in Kashmir presented a sheer contrast to the total rainfall in northwestern India this year which was 79 percent of the 50-year average or long period average (LPA), almost a threshold for declaring a drought. Moreover, it has been a year of low rainfall all over the country, with the total rainfall being just 88 percent of the LPA.

The abnormal rainfall was explained by the IMD in terms of a “western disturbance over J&K and its interaction with monsoon currents over northwestern India.” However, such an interaction seems to have become a regular occurrence, causing heavy precipitation and floods almost every year. The June 2013 floods in Uttarakhand were triggered by a concentrated rainfall of 370 mm within three days, from June 14-17. Similarly, in 2012, the landslides in Ladakh, Kashmir, were triggered by a storm which caused a precipitation of 150 mm per hour.

In fact the floods in J&K and Uttarakhand cannot be seen as distinct from the floods occurring annually in neighbouring Pakistan as well. In 2010, the unprecedented rains in Khyber-Pakhtunkhwa province, which exceeded 300 mm during July 27-30 July, resulted in flash floods, causing immense damage in that region. Water from these floods was then discharged into the Kabul, Jhelum and Chenab rivers, through which it travelled downstream inundating one-fifth of Pakistan. In 2012 and 2013, Pakistan experienced similar floods with heavy rains in northern areas, causing flash floods and widespread destruction across the entire length of the country.

Floods have become a recurring risk in the entire north-western Himalayan region. A deeper understanding of the factors due to which these floods occur could provide useful pointers to the preparedness and mitigation measures required. Climate change and variability seem to have played a role, as the number of days with extreme rainfall events (more than 125 mm) as well intra-seasonal fluctuations in rainfall have increased in recent years. A much talked about hypothesis is that of the dynamic processes associated with the movement of the sub-tropical westerly jet or fast flowing air current, and its interaction with the south-west monsoon. The convergence causes a ‘freezing’ of the jet stream in the north-western region, which results in torrential downpour. The narrow valley and steep slopes of the western Himalayas also bring convective clouds to the Himalayan foothills and cause what is termed as enhanced orographic precipitation, a phenomenon which occurs when moist air is lifted as it moves over a mountain range.

In addition, the snowmelt in the higher Himalayas and increased runoff of water could lead to the formation of unstable lakes which when breached would result in Glacial Lake Outburst Floods (GLOF). The rivers in mountainous regions have a low carrying capacity due to their narrow course and silted beds. Hence water levels in these rivers rise very fast in case of excessive rainfall, flooding the hills in a short period of time.

Responding to floods in the hills is very different from riverine flooding in the Indo-Gangetic plains. Rapidly rising waters do not provide enough time and space for people to evacuate. Floods are normally accompanied by landslides, which severely interrupt transportation and mobility. Rising water has a cascading impact on the entire infrastructure which includes roads, electricity and telecommunications. It is very difficult to mobilise local response immediately, as most of the first responders including police, fire and health personnel themselves are affected.

Human mortality is also much higher in these floods, as people get swept away by fast moving waters. Air evacuation has been attempted with a huge commitment of resources; however, it is a difficult alternative as it involves complex manoeuvres and flying in tough weather conditions.

The improvement in early warning systems for floods is an urgent priority. Three basic systems for measuring rainfall and water discharge are required, which can be used for real time flood forecasting. First, we need to set up a network of telemetric rain gauges, generally linked to a central network by means of Internet or satellite communication. This provides real-time information on actual rainfall across a wide area. Second, we need a precipitation measurement system through a network of weather radars that is increasingly being used across the world to provide a more precise description of the precipitation field. The third measurement system is based on an analysis of clouds, the images of which are provided by geo-stationary satellites on a continual basis. These components of early warning systems provide measurements independently of each other, but together they create a strong system to improve the timeliness and precision of the flood forecasting system.

A slew of accompanying measures are required for mountainous areas. For instance, high altitude wetlands act as a natural reservoir for the runoff from mountains and prevent flooding. The Dal, Anchar and Wular lakes in J&K contribute to water storage and act as water regulators, thus improving the productivity of high altitude rangelands and serving as crucial carbon ‘sinks’. There are at least seven wetlands in J&K and Himachal Pradesh that are considered to be of international importance under the Ramsar Convention. As has been widely reported, many of these wetlands are facing serious threats of encroachment and pollution, and they need to be protected and conserved through specific legislation and other regulatory measures.

The immediate response to floods is always organised with the assistance of the Armed Forces and the National Disaster Response Force, which have evacuated a large number of people in recent floods. However, all the recent disasters in Uttarakhand, Leh and Sikkim have demonstrated that these arrangements cannot be a substitute for district-level responders who would be far more effective, given their immediate presence on the ground and familiarity with the terrain. So investing in first response capacity at the district level should be an immediate state priority.

In view of the climate trends and recurrent disasters, it is extremely important to address the underlying risks of floods in the north-western Himalayan region. There is an urgent need to improve river flow, de-silt flood channels, synchronise the release of water from reservoirs, conserve wetlands and provide effective early warning. Flood management in the region also has cross-boundary dimensions which need to be addressed. It is not possible to prevent floods, but its human and economic losses can certainly be reduced by implementing these measures.