LeT And JuD Working In Favour Of Pakistan, Open To A Tie-Up With Them, Says Musharraf

"What is happening in Kashmir should not be termed as terrorism. At least we (Pakistanis) should not call it that." 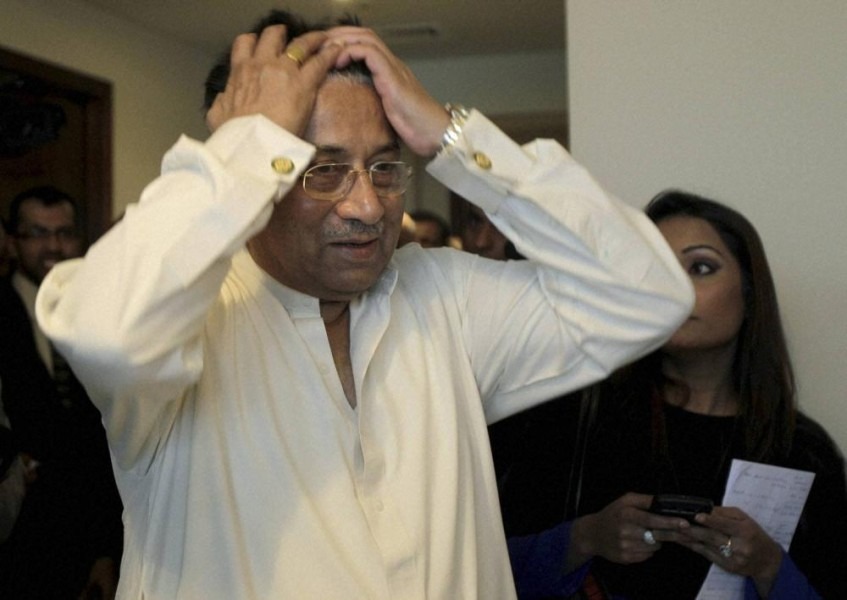 Reiterating his support for Pakistan-based Lashkar-e-Taiba (LeT) and Jamaat-ud-Daawaah (JuD), former president Pervez Musharraf on Sunday said that "these organisations are NGOs working in favour of Pakistan."

While responding to questions pertaing to his last week's remark in favour of the "terror groups" at Aaj News, Musharraf said that India has vested interest in getting the organisations balack-listed.

"People who are scared of India and other powerful countries should stop running Pakistan," he said not ruling out an alliance with Hafiz Saeed for the general election in 2018.

"So far, there has be no talks with them but if they want to be part of the alliance, I would welcome them," he added.

The former military ruler had last month announced the formation of a grand political alliance after a consultative meeting between representatives of around two dozen political parties, including the Sunni Tehreek, Majlis-i-Wahdatul Muslimeen, Pakistan Awami Tehreek (PAT) and Mr Musharraf's own All Pakistan Muslim League (APML).

However, several parties dissociated themselves from Musharraf's Awami Ittehad alliance after he announced the formation of a "grand alliance" of 23 parties.

Taking on the Kashmir issue, he further said that no Pakistani should term tension in the valley as "terrorism". " No matter what other people say, what is happening in Kashmir should not be termed as terrorism. At least we should not call it that. These organisations are NGOs working for the welfare of Pakistan. These are not in favour of Taliban and Al Qaeda, why are we branding them as 'terror groups'?"

Last week, in an interview with TV channel ARY News, he had said that he is the "biggest supporter" of LeT. “I am the biggest supporter of LeT and I know they like me and JuD (Jamaat-ud-Dawa) also likes me.” He also answered “yes” on being asked if he likes Saeed, adding, “I have met him”