Cutting across party line, the political party leaders in the assembly, demanded the legislature to adopt a resolution seeking the recall of the governor by the centre. 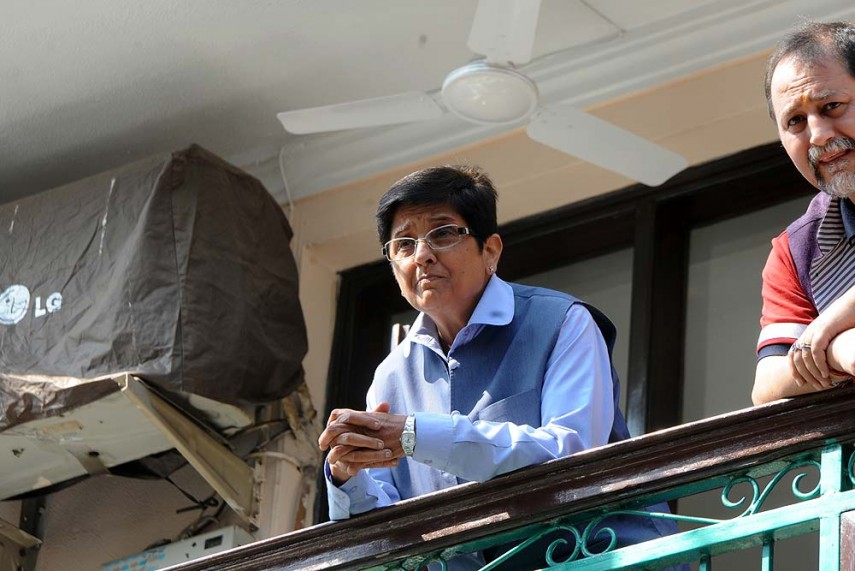 The elected members of Puducherry assembly urged the centre to recall the Lieutenant Governor, charging that the LG was functioning against the government which is elected by the people here.

Cutting across party line, the political party leaders in the assembly, which began a short session here on Tuesday, demanded the legislature to adopt a resolution seeking the recall of the governor by the centre.

Despite being reminded by the chief minister V Narayanasamy, who said LG’s name should not be mentioned in the House, members of the political party alleged that the the LG was making comments against the elected representatives and using social media (twitter) without knowing the realities.

The members belonging to the All India Dravida Munnetra Kazhagam (AIADMK) and All India NR Congress (AINRC) staged a walk out alleging that there was no point in adopting resolutions, which included drought relief from the Centre, in the assembly by the elected government as it was not able to implement the schemes due to the ongoing tussle between the LG and Government headed by chief minister V Narayansamy.

After staging the walk out N R Congress president and former chief minister N Rangasamy, talking to the reporters here, highligheted the fact that no development works or schemes were being undertaken because of the scuffle and the officials were left confused. The administration had came to a standstill, he alleged.

Earlier during the session, Congress member K Lakshminarayanan demanded a debate on the powers enjoyed by the elected government and the LG. He charged that the recent remarks of LG on social media had posed a question mark on the assembly elected by the people.

Charging that the LG was running a parallel government, the congress member alleged that she was opposing the welfare of the schemes.

Government whip Anantharaman said that the LG in her twitter posts had opposed Jallikattu without knowing the Tamil culture.

The AIADMK members, led by A Anbazhagan, stated that the administration had come to a standstill in the last seven months as the officers were indecisive as to whose instructions they should follow.

Anbazhagan said the issues need to be discussed in the hosue and the mere adoption of a resolution will do no good.

Later, replying to the members, chief minister V Narayanasamy said that the members could speak out about the governance of LG and for this a resolution needs to be brought.

Pointing to the constitution and the Union territories Act 1963-- that says that the LG, CM and chief secretary enjoys different powers and the policy decisions wrests with the LG--Narayanasamy said to demark powers, rule 25 of the Union Territories act needed to be amended. He maintained that the LG, chief minister and ministers should function within the frame work of rules and powers specified in the rules.

The entire opposition staged a walk out in the assembly alleging non-functioning of the government.

Later, talking to reporters outside the assembly, former chief minister and AINRC chief- Rangasamy, said that the lack of statehood will hinder the development of Puducherry. Being a Union Territory, Puducherry will have to get funds from the Centre and opposing the Centre will not fetch the required funds, he said.

He charged that the announced and the pending schemes were not being implemented and the development of Puducherry has come to a standstill.

Rangasamy also said that the CM had met the union ministers, said he failed to get any central funds and the tax payers money was being wasted towards air ticket.

However, Chief Minister V.Narayanasamy later denied that there was a turf war between the Lt Governor Kiran Bedi and the government.

Speaking to reporters after the assembly session, he said there was no tussle between the Lt Governor and the ministry and that it had been recorded in the proceedings that there should be no critical comments on Lt Governor on the floor of the Assembly.