The Delhi cabinet, early this month, had passed the bill to ensure doorstep delivery of monthly ration to beneficiaries on a timely basis. 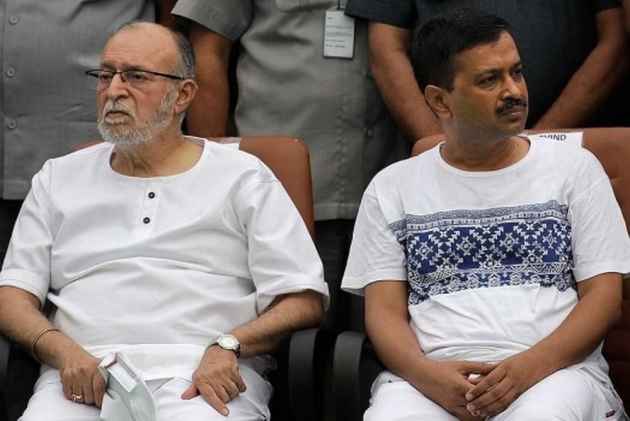 The Delhi cabinet, early this month, had passed the bill to ensure doorstep delivery of monthly ration to beneficiaries on a timely basis. A sanction by the LG is required for its implementation.

"V sad that Hon’ble LG has rejected doorstep delivery of ration scheme. I had repeatedly requested him to give me an audience before taking a decision but he did not. Feeling really really sad that such imp proposals are becoming victims of petty politics (sic)," Kejriwal tweeted today.

Calling it revolutionary, Deputy Chief Minister Manish Sisodia said the decision was taken keeping in mind instances where ration is stolen from shops, or when shops are shut, causing inconvenience to the beneficiary.

Early this year, following a tussle with top bureaucrat Anshu Prakash, the Aam Aadmi Party had also decided to stop Aadhaar being mandatory for distribution of ration.

“A few months back, a decision was taken by the Delhi Cabinet to stop stealing of ration, but what was implemented by the officials, apparently in some different form than what was decided by the Cabinet earlier. So, we decided today to put on hold the old decision to allow the distribution of ration through Aadhaar card. Therefore, it will go back to the old system for some time now. Aadhaar card will not be mandatory,” Sisodia had said.

Early this year, the Delhi government's ambitious programme for doorstep delivery of public services was cleared by Lt Governor Anil Baijal, who had red-flagged a few provisions in the scheme.

Under the scheme, assistants will turn up at the doorstep of individuals willing to avail certain government services and upload requisite documents online, ending the need for them to visit government offices.

Baijal had advised the government to reconsider the proposal and focus on digital delivery of services, "as 35 out of 40 services listed in the scheme are already available online", and set up internet kiosks by unemployed youth for those not able to access the internet.

The government had insisted that setting up internet kiosks was a "failed idea" and should not be implemented, and that on an average 25 lakh people visit government offices for these 40 services annually despite they being available online.

However, LG office statement made it clear that Baijal approved the proposal after Kejriwal's assurance that the Delhi government will simultaneously strengthen the online mechanism.