The Health Department has so far administered vaccines to more than eight lakh people in the Union Territory. 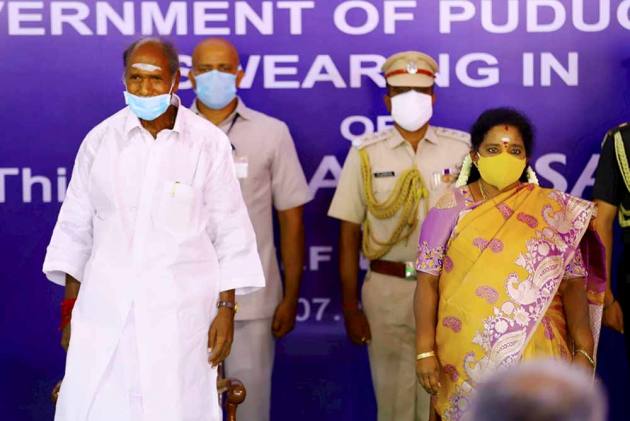 Lieutenant Governor of Puducherry Tamilisai Soundararajan announced that, those visiting the Union Territory from other States to participate in the New Year eve celebrations or other festivals should show proof of being vaccinated against the COVID-19 pandemic.

Talking to reporters after visiting the premises of the government-owned AFT Mill, now closed, she said the government had planned to use the mill premises to run a COVID Care Centre as there was every necessity for preparations to have beds and other infrastructure facilities when there was threat of onslaught of new variant of the virus - the Omicron.

"The new variant of coronavirus has been spreading across the country. Puducherry government has initiated steps to ramp up infrastructure. As part of this the AFT Mill will be used to establish a Covid Care Centre," she said.

Referring to the reported plan of some sections to launch agitations to protest the government`s decision to make vaccination compulsory, the Lt Governor said, "This plan of agitation will be a step in the wrong direction. Compulsory vaccination was a part of the efforts of the government to protect people against the virus. Instead of holding agitations, all should join hands to make the current drive against the pandemic a success."

She said the National Youth Festival being held here from January 12 to 16 in association with the Union Ministry for Sports and Youth affairs would be a major event. All those participating in the event should have taken the jab. Those coming from outside Puducherry to participate in the festivals and also New Year eve celebration should have been vaccinated against the pandemic, she added.