Life, Love And The Italian Marines

Lattore has a new woman in his life, and she might go on to become his third wife. Girone also found a companion in India, a golden retriever he named Sergeant. 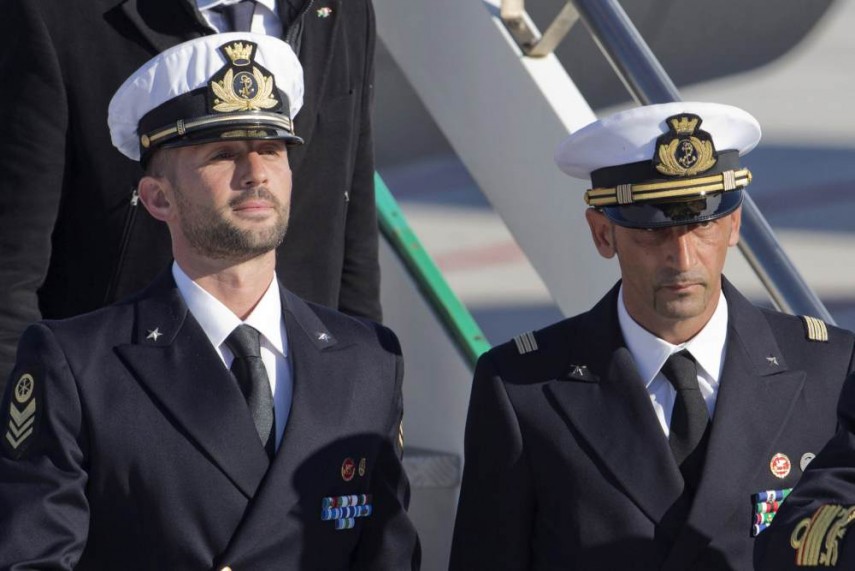 The two Italian Marines—Massimiliano Lattore and Salvatore Girone— are both back home. Arrested in February 2012 for killing two fishermen while guarding an Italian cargo ship, Lattore had been allowed to return in 2014 after he suffered a stroke, while Girone flew back last week, in a private jet to Abu Dhabi and from there to Italy in a military aircraft.

Their arrest had snowballed into a huge diplomatic affair, including international judicial intervention. The Italian government paid Rs 1 crore each, via the local church, to the family of the two fishermen. Now that the diplomatic spat seems to have been settled, there's a great deal of interest in how the marines were treated, what they went through and the changes that their confinement in India has brought into their lives. Outlook spoke to people who had interacted with the marines and pieced together this account.

The two men were never sent to jail. After their arrest, were kept in a guest house in Kerala for nearly a year, before they were shifted to the Italian embassy in Delhi. The only requirement was that they had to present themselves at the Chankyapuri Police Station every Wednesday morning. Those who interacted with them regularly were mostly the security staff in the embassy, Regimento San Marco as they are called.

Their stay in India was all about dealing with uncertainty whether it was about negotiations going on with between the governments, trial in Indian courts, or international arbitration. Those who interacted with the duo say they were devastated by their arrest. The lurking uncertainty of what may happen in a foreign land was a massive burden. India changed them.

Technically, they were attached to the military attaché and every attempt was made to keep them busy. The changing room of the tennis courts was modified for their requirement. They would exercise regularly and Girone would go jogging every morning. While jogging one morning on Sadar Patel Marg, Girone, helped a cyclist who had lost his balance and fallen. Girone's act of kindness was big news back home. In fact, an appreciation letter was sent by the Italian Navy.

Needless to say, between the two marines, the two shared a very special bond—they are brothers by destiny--but were very different temperamentally. While Lattore is an introvert, Girone is gregarious and outgoing. They were in touch with their respective families via Skype. In India, they were barred from interacting with media and to be seen in public in a celebratory mode, ever since they were reported partying in an event in Vatican embassy two years ago. They became reclusive and were in a closed gathering of trusted friends, mostly Italians. Girone suffered dengue last year and his family travelled to India to be by his bedside. Luckily, it wasn't serious.

Lattore has four children from two wives. The families would visit regularly, summers was the time they would come for a month or two. The company of family members made Lattore acutely conscious of what he's missing. It galvanised into unmanageable stress, and he suffered a stroke. He was send back to Italy. At home, he's still recovering, one side of his body numb but there's a silver lining. Lattore has a new woman in his life—she might go on to become his third wife, says a friend in Delhi. The Italian authorities are looking to find a respectable job for him, for the damage caused by stroke may deem him unfit for a job of a marine.

They are both from southern Italy, a relatively isolated part of the country. They didn't know a word of English when they were held four years ago. Girone learned English during his stay in India, and those who met him, confirm he speaks it fluently. He also used the time in detention to finish a diploma course in electronics. Girone also found a companion in India—a golden retriever. He named him 'Sergeant' and the dog was the anchor of his life towards the end of his stay in Delhi. Sergeant is still in Delhi, and paperwork is underway to ensure he follows his master home, but to a strange land.