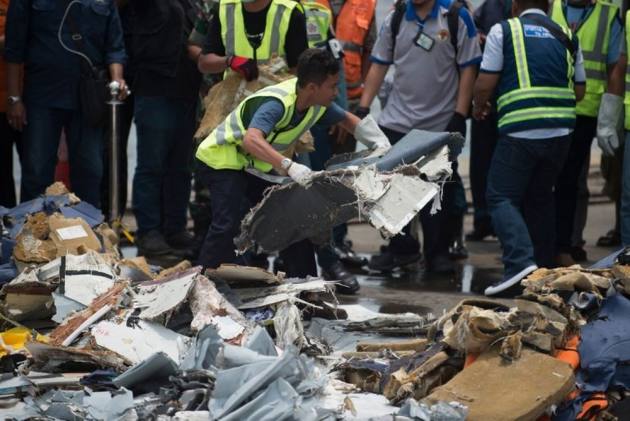 Seats, wheels and other parts of a crashed Indonesian Lion Air jet were hauled from the depths Friday, as authorities analysed black box data that may explain why the new plane plummeted into the Java Sea, killing 189 people.

Search teams have been scouring the seabed for the fuselage of the Boeing-737 MAX 8, which plunged into the waters off Indonesia's northern coast shortly after takeoff Monday despite only having been in service a few months.

"Today we will start diving (again) at the spot where we think the plane crashed," said Isswarto, commander of the Indonesian navy's search-and-rescue division.

"There is a lot of little debris, plane wheels, and seats -- all totally destroyed and in pieces." 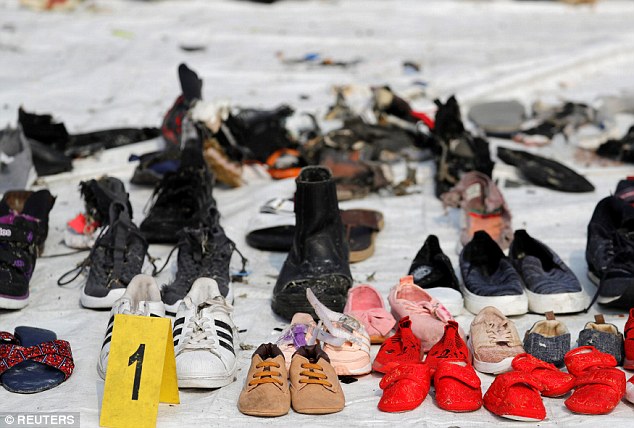 There was a devastating scene of footwear earlier worn by passengers on flight JT610 which had been laid out on white canvas and numbered (Image: Reuters)

Divers were searching an area about 25-35 metres deep, but have been finding fewer body parts than earlier in the week, he added.

"They're scattered everywhere and some may have been washed away by the current."

Dozens of body bags containing remains have been recovered from the crash site so far.

On Thursday, authorities said they had recovered one of the plane's black boxes, which airlines are required to install in jets, as well as parts of its landing gear.

The black box could offer investigators their best chance of discovering why such a new jet crashed.

The devices help explain nearly 90 per cent of all crashes, according to aviation experts.

The devices record information about the speed, altitude and direction of the plane as well as flight crew conversations.

The single-aisle Boeing plane, en route from Jakarta to Pangkal Pinang city, is one of the world's newest and most advanced commercial passenger jets.

Boeing and US National Transportation Safety Board officials have joined the Indonesian team in sifting through twisted metal plane parts and piles of passengers' torn clothing, shoes, wallets and phones.

Passengers' remains are being sent to hospital for DNA identification, with the first funeral for one of the passengers held on Thursday.

But many other victims have yet to be found and there are hopes more can be recovered in the bulk of the wreckage, including those who may still be strapped to their seats.

Lion Air's admission that the jet had a technical issue on a previous flight -- as well its abrupt fatal dive -- have raised questions about whether it had mechanical faults such as a speed-and-altitude system malfunction.

The accident has resurrected concerns about Indonesia's poor air safety record which until recently saw its carriers facing years-long bans from entering European Union and US airspace.

Indonesia has had nearly 40 fatal aviation accidents in the past 15 years, according to the Aviation Safety Network.

Lion Air, Indonesia's biggest budget carrier, has been involved in a number of incidents including a fatal 2004 crash.

In 2014, an AirAsia crash in the Java Sea during stormy weather killed 162 people.

The worst disaster in Indonesia's aviation history left 234 dead in 1997 when an Airbus A-300B4 operated by national carrier Garuda Indonesia crashed in a smog-shrouded ravine in North Sumatra, just short of the airport.