Lion Air plane carrying 189 people vanished from radar just 13 minutes after taking off from Jakarta, plunging into the ocean. 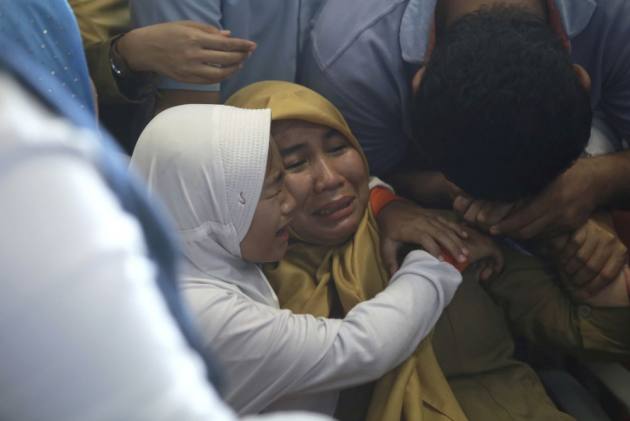 An Indonesian Lion Air plane with 189 people on board crashed into the sea on Monday, officials said, moments after it had asked to be allowed to return to Jakarta.

The country's search and rescue authorities said all people on board were "likely dead", reported news agency AFP.

Video footage apparently filmed at the scene of the crash showed a slick of fuel on the surface of the water.

Disaster agency spokesman Sutopo Purwo Nugroho tweeted pictures of debris, including what appeared to be an emergency slide and various parts of a smashed mobile phone.

Search and Rescue Agency spokesman Yusuf Latif said authorities were still searching for the remains of the plane, which lost contact with air traffic control around 6.30 am (2330 GMT), en route to Pangkal Pinang on the island of Bangka.

"The plane crashed into water about 30 to 40 metres deep," he told AFP.

Sindu Rahayu, directorate general of Civil Aviation at the transport ministry, said the aircraft was carrying 178 adult passengers, one child and two babies, with two pilots and five flight attendants.

"The plane had requested to return to base before finally disappearing from the radar," he added in a statement.

The Flightradar website tracked the plane -- which it said was a Boeing 737 -- and showed it looping south on take-off and then heading north before the flight path ended abruptly over the Java Sea, not far from the coast.

Indonesia relies heavily on air transport to connect its thousands of islands but has a poor aviation safety record and has suffered several fatal crashes in recent years.

A 12-year-old boy was the sole survivor of a plane crash that killed eight people in mountainous eastern Indonesia in August.

In August 2015, a commercial passenger aircraft operated by Indonesian carrier Trigana crashed in Papua due to bad weather, killing all 54 people on board.

Indonesian investigators' final report showed a chronically faulty component in a rudder control system, poor maintenance and the pilots' inadequate response were major factors in what was supposed to be a routine flight from the Indonesian city of Surabaya to Singapore.

Lion Air, a low-cost airline, has been involved in a number of incidents.

Last year one of its Boeing jets collided with a Wings Air plane as it landed at Kualanamu airport on the island of Sumatra, although no one was injured.

In May 2016, two Lion Air planes collided at Jakarta's Soekarno-Hatta airport, while a month earlier a plane operated by Batik Air -- part of the Lion Group -- clipped a TransNusa plane.

In 2013 a Lion Air jet with a rookie pilot at the controls undershot the runway and crashed into the sea in Bali, splitting the plane in two. Several people were injured in the crash, although no one was killed.

Indonesia's air travel industry is booming, with the number of domestic passengers growing significantly over the past decade, but it has acquired a reputation for poor regulation.

Last year the Indonesian air traffic controllers association revealed that the rate of take-off and landings in Jakarta allowed by state-run air navigation company AirNav was more than the airport could handle, increasing the chance of accidents.

The country's carriers have in the past faced years-long bans from entering European Union and US airspace over their safety records.