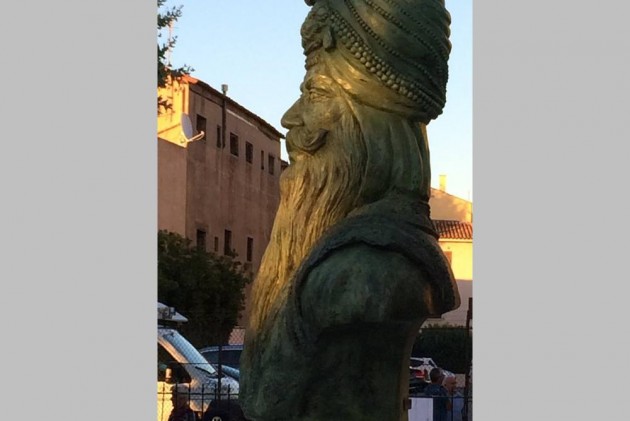 French Connection
The small fishing port of St Tropez is one of the jewels of the French Riveria. It first came to the notice of popular culture, and many through it, in Brigitte Bardot’s 1956 film And God Created Woman. The iconic starlet of yesteryear now lives in a villa by the sea nearby. Since the film, the small town, actually a village with a population of about 6,000, is an A-listers’ mecca, with some owning villas in the port’s vicinity and others parking their megayachts in its marina. It has played a major role in the history of modern art and French New Wave cinema.

This year in September, when I was visiting St Tropez, at an impressive official ceremony, mayor John-Pierre Tuveri unveiled the busts of two Indians, if we can call them that today. One was of Maharaja Ranjit Singh of Punjab and the other of Princess Bannu Pan Dei (Devi?) of Chamba. Present on the occasion were many Sikhs who had come from various parts of France and India.

The story behind the event: General Jean-Francois Allard (1785-1839), one of Nap­oleon’s officers, entered the service of Ranjit Singh in 1822 and rose to command the European officers in the maharaja’s court. He trained the maharaja’s army to be the finest in the land. While in Punjab, Allard fell in love with Bannu Pan Dei and got married to her. In 1834, perhaps afraid that his wife would have to commit sati if he died while in Punjab, he got permission to take her to St Tropez. However, Allard had to return to service to the Punjab court. In 1839, he fell ill and died, six months before the Maharaja and was buried in Lahore. Meanwhile, Bannu Pan Dei remained in St Tropez. She converted to Catholicism in 1841, living in the huge house built by Allard in the town centre. She died in January 1884 and is buried in a cemetery just outside the town, overlooking the sea. Her descendants still live there and were the active organisers of the event. 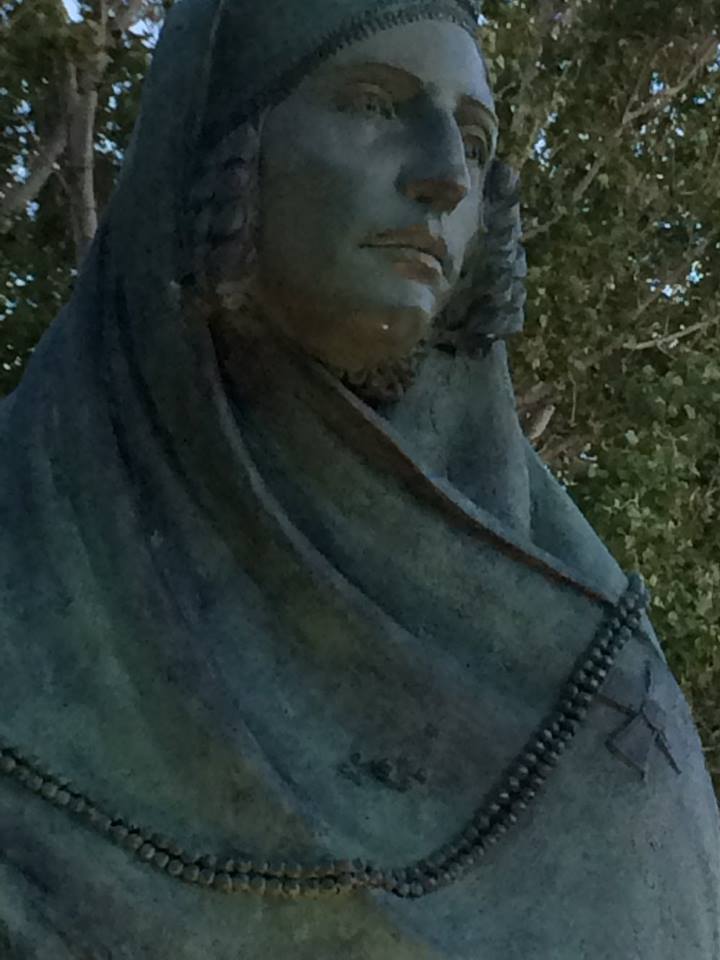 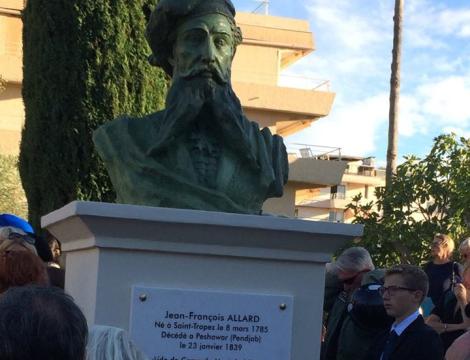 The Ocean and the Riviera

St Tropez used the occasion to host a symposium on defence relations between France and India. Organised by the Mairie (Mayor’s office) and Commander Frederic Pervost-Allard, the event saw the participation of the French foreign and defence ministries and Vice-Admiral Charles-Henri Du Che, the French commander for the Mediterranean region. The Indian Ambassador to France, Mohan Kumar, was also present, as was former army chief General J.J. Singh, who, to my surprise, speaks French fluently. 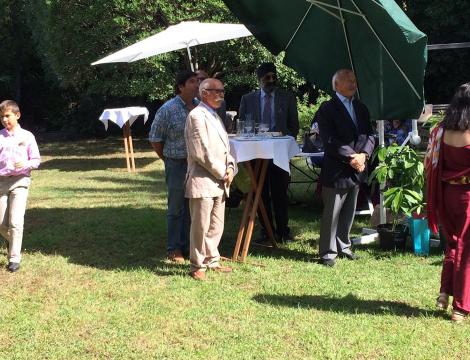 The French are keen to expand cooperation with India in the Indian Ocean, where they control several islands in its south-western quadrant around Madagascar and proximate to Mauritius. There are military facilities in Reunion, Mayotte and Djibouti, and last year, they established a new naval base in Abu Dhabi. Not surprisingly, the French were keen to know the nature of the Indo-US relationship, Chinese activities in the Indian Ocean, India’s ties with Vietnam (a former French colony) and technical aspects of India’s naval capability. 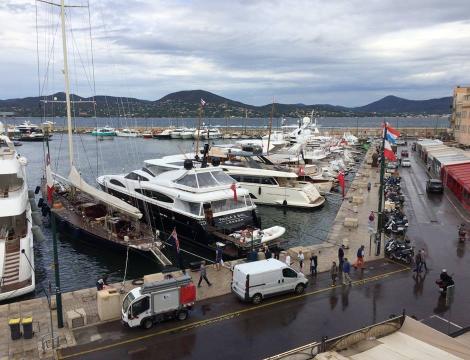 The small fishing port of St Tropez is one of the jewels of the French Riveria.

St Tropez is ‘A-lister’ destination. Locals said singer Mariah Carey was around, one of the Kardashian sisters had been spotted, Ivana Trump was seen with her dog and a few months earlier, Leonardo DiCaprio had hosted his glittering annual gala here. Apart from the celebrities, St Tropez is home to rich industrialists and financiers with properties and megayachts spread along its bay.

The town is lined up with retail stores of all the big brands in France. The big danger, say locals, is that Bernard Arnault, who has a villa nearby, and who owns 60 major brands ­including Louis Vuitton and Christian Dior, will buy up the whole town one day. Senequier, a fashionable cafe facing the Marina, is the spot for celebrity sighting, if that interests you. It was just downstairs from my room, and that is where I learnt that the wine of choice is always a rose.

The Citadel
Located where it was, between warring European princes and the Turks, the citadel functioned as a military garrison. It was even occupied for a while by Arab Muslims. It eventually stabilised as a French possession in the 16th century under the De Suffren family. A lot of this maritime history is to be seen in a small but elegant museum in the citadel of a fort, which is a pleasant 20 minute walk up from the town centre.

St Tropez is credited with launching the topless swimsuit in the 1950s. Le gendarme de Sant-Tropez, a hit comedy film series of the 1960s, is about a struggle between nudists and the police.

Manoj Joshi is a ­strategic affairs expert, author and journalist