Lipstick Under My Burkha: It’s Audaciously Honest About Women’s Sexual Desires And Fantasies

It is in the character of Buaji Usha (Ratna) that the film truly dips into a comedy. Even among the stellar performances by the entire cast, her part of the multi-layered Usha is a show-stealer. 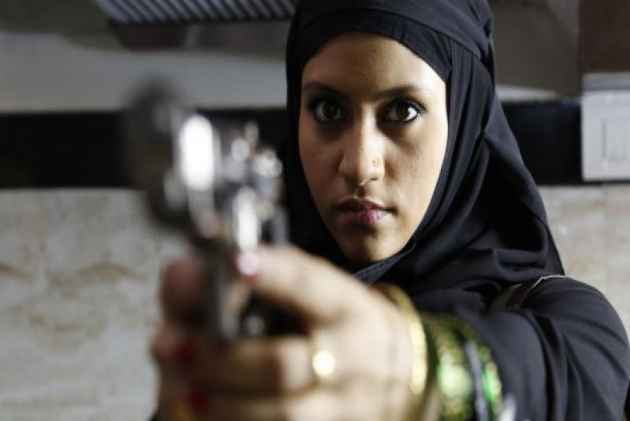 Film: Lipstick Under My Burkha

As the camera closes in on the four women sitting and sharing a cigarette, drawing the final scene in the backdrop of Diwali celebrations, one thing is certain, the “rebels” of the almost claustrophobically miniscule locality in Bhopal may not have gotten the fairytale they had hoped for, but sure have much crackle left in them.

Alankrita Shrivastava’s second film skillfully weaves the stories of her four female leads, freedom fighters if you will, in search of liberation from the shackles of our conservative society.

Shireen (Konkona) is the enterprising, young mother of three who is bogged down by her visiting husband’s loveless humping, which in each instance leaves her in need of a pill or an abortion. Her only escape is her secret job as a door-to-door saleswoman that brings her great success.

Leela (Aahana) plays an ambitious beautician who aims to be a bride consultant with her Muslim photographer boyfriend. Their desire for each other leads to several sex encounters, one in which she even films to use as blackmail in case he ever dumps her. Meanwhile, she reluctantly lets her family get her engaged to a well-to-do Hindu boy, who will not only give her all the comforts needed but also buy a house for her mother.

Rehana’s (Plabita) is a Miley Cyrus brand of liberation. College freshman, Rehana dreams of the world of perfume, clothes, music, drinking, parties and boys, but has to hide it all from her strict Muslim parents, who ironically keep her sewing burqas.

It is in the character of Buaji Usha (Ratna) that the film truly dips into a comedy. Even among the stellar performances by the entire cast, her part of the multi-layered Usha is a show-stealer. Buaji takes care of her grandkids and fends off builders’ eager to demolish her historic home by the day, and lives her fantasy life, she is deemed asexual for, lustfully in the dark of night, muffled by the running tap. Also, the reader of the story of "Rosy" in the background, Buaji will change your perspective on older women.

Lipstick is audaciously honest about women’s sexual desires and fantasies, both visually and verbally. It’s easy to see why the movie scared our Censor Board. In opening the doors, Srivastava led us to into the rooms of four women who are battling their dual lives – one that society has to offer, and one of their wants and fantasies.

Feminist tales may be all the rage now, but unlike the others, Lipstick Under My Burkha manages to doll the narrative in light, entertaining moments, and seamlessly laces a hard hitting plot with wit, sarcasm and pun.

The pace does slacken in the second half, and many scenes are stretched to an uninteresting length, but the women hold our attention till the end. Zebunnisa Bangash's music adds rhythm to the scenes, as the story lumbers on to not so much the expected end. Srivastava’s strength lies in her effort to not give us any answers or superficial endings. The film may leave some with a feeling of a need for a “happy ending”, but the women with their “lipstick wale sapne” will stay with us for a long time, with an assurance that it is hardly an end to their dreams.