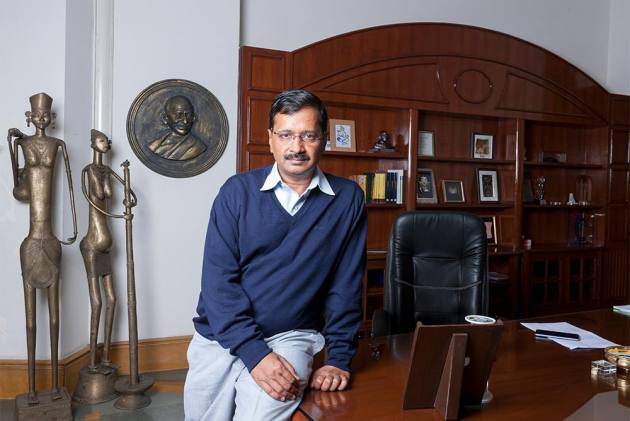 Aam Aadmi Party (AAP) leader Arvind Kejriwal  took a jibe at  Congress over the resignation of the party MLAs ahead of the Goa Assembly polls. He said that while 15 legislators have been sold the "last stock" of two is available with a "heavy discount".

Kejriwal's remarks came a day after Goa Congress working president Aleixo Reginaldo Lourenco resigned on Monday, making him the 15th MLA of Congress to quit in the last five years. He joined the Mamata Banerjee-led Trinamool Congress (TMC) in Kolkata on Tuesday.

He said of the 17 MLAs of Congress elected by the people of Goa in 2017, 15 are sold while only two are remaining. "They are the last stock...Little stock is remaining. There is a heavy discount on this stock. Those who want to take the last stock can take it. This is the situation of Congress in Goa,” the Delhi chief minister said.

He said a fresh stock of MLAs will come in March next year, post the elections.
Kejriwal said Goa is a first class state with third-class politicians. "People of Goa are good but politicians are worse. Goa deserves better people,” the AAP leader said while exhorting people to elect his party to power in February polls.

Kejriwal said the AAP has designed the model of development for Goa after consulting local people.

He further said the AAP will form the first “corruption-free” government in the coastal state. “We assure you that not a single rupee would be allowed to be siphoned off. There will be zero tolerance towards corruption in Goa (if AAP voted to power),” he said.

He reiterated the AAP's promise that each family of mining dependents would be given Rs 5,000 per month as a remuneration until the resumption of the mining industry.

In the 2017 Goa Assembly elections, Congress had won 17 seats in the House and emerged as the single largest party. But, the BJP, which had bagged 13 seats, quickly tied up with some regional parties and independents to form government in the state. The AAP had drawn a blank.

Earlier this month, former Goa chief minister Ravi Naik resigned as Congress MLA. A few months back, ex-CM Luizinho Faleiro had also quit the Congress and joined the TMC, which has decided to contest the Goa Assembly polls.