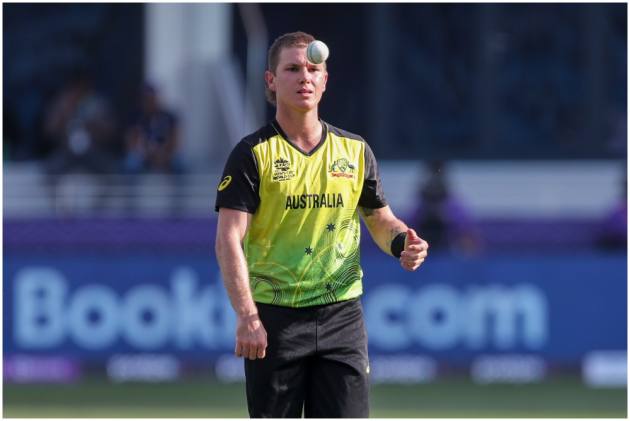 Australia are playing catch-up with South Africa in Group 1 of ICC T20 World Cup 2021. The former 50-over world champions have four points from three matches and need a win against Bangladesh on Thursday afternoon to level with South Africa, who have six points from four games in the Super 12 stage. England lead this group with four straight wins (eight points) and already have a foot in the semifinals. The only team that has a confirmed semifinal berth is Pakistan from Group 2, which is interestingly poised after India beat Afghanistan, and New Zealand defeated Scotland on Wednesday. Australia seemed a formidable team until England hammered their arch-rivals. Jos Buttler toyed with the Aussie attack that is spearheaded by Pat Cummins, Josh Hazlewood and Mitchell Starc. On the other hand, Bangladesh, who lost four games in as many matches, are no longer in the race to the final four. They had a tournament to forget. Already coping with their inconsistent batting, Bangladesh sustained a major blow when their star all-rounder Shakib Al-Hasan was ruled out of the tournament with an injury. Bangladesh Tigers play for pride and a win against Warner, Smith, Finch and Company will be a great way to go home and await Pakistan in a bilateral series. Follow live updates and cricket scores of AUS vs BAN, T20 World Cup match:

That's it. Australia have won the game by eight wickets inside 8.1 overs to improve on their net run rate. Mitch Marsh finishes with a six off Taskin Ahmed to romp home in 6.2 overs. Pretty easy for the Men in Yellow. Bangladesh end their campaign with a disappointing two wins from eight matches. They lost all their five matches in Super 12. Some serious introspection is required when they return home.

Australia are taking it easy. With just 74 runs to win, the opening duo of David Warner and Aaron Finch are playing t sensibly in the middle. Kinda batting practice before their next. Australia 23/0 (3)

For Australia to climb above South Africa in NRR, they will have to finish the match in 8.1 overs or less. Adam Zampa's 5/19 is also the best figure by an Australian in T20 World Cups.

Adam Zampa's day can't be better than this. He takes a wicket on the first ball and finishes the match with a 5/19 in his four overs including the final two of Mustafizur Rahman and Shoriful Islam. Bangladesh have been all out for 73.

Bangladesh are playing the defense game now. With their back against the wall, Taskin Ahmed and Mustafizur Rahman are just hanging out there so as to play as many balls as possible. Bangladesh 70/8 (14)

Adam Zampa with his wicket No.2.  Shamim Hossain misreads Zampa's googly, goes for a cut and ends up edging to Matthew Wade behind the stumps for 19. He rounds up the over with another, trapping Mahedi Hasan in front for a duck. Bangladesh 62/7 (11).

At the halfway stage, Bangladesh are struggling at  58/5 with Mahmudullah (12*) and Shamim Hossain (19*) currently at the crease. Such a disappointing show so far.

Bangladesh have lost 18 wickets in the powerplay this tournament - the most by any team.

What's wrong with Bangladesh today? Adam Zampa bowls first ball and Afif Hossain gives a simple catch to Aaron Finch at slip. They shouldn't have played this game if this was the preparation. Bangladesh 35/5 (6.1)

In the 22 matches so far in Super 12, today is the 10th time a team batting first has lost three or more wickets inside the Powerplay. Apart from England against Sri Lanka, every other side ended on the losing side..

Oh dear! What has happened to Bangladesh in this T20 World Cup? After two wickets in the first two overs, the Bangla Tigers have lost Mushfiqur Rahim now, LBW to Glenn Maxwell. Bangladesh 10/3 (3). Mohammad Naim (3*) and Mahmudullah (0*)

Add one more now. Soumya Sarkar hits a four before doing exact same as his teammate, Liton Das, in the final ball of the second over. Josh Hazlewood is the bowler this time. Bangladesh 6/2 (2)

What a start by Mitchell Starc. He swings the ball at 144ks and Liton Das tries to drive. gets an inside edge onto his stumps for a first-ball duck. Bangladesh and their misery continues. Bangladesh 2/1 (1)

Both the teams have one change each. Nasum Ahmed makes way for Mustafizur Rahman in Bangladesh side. While Mitch Marsh replaces Ahston Agar in the Australian playing XI.

Australia have won the toss and they have decided to bowl first.

Hello and welcome to another T20 World Cup coverage by Outlook India. Today Australia play Bangladesh with an eye to be one step closer to the semifinals. For Bangladesh, they would want to end the tournament on a high as they have lost all their four matches in the Super 12 stage and are out of last four contention.