Catch Day 3 highlights of the first Ashes 2021-22 Test match at The Gabba, Brisbane. At the close of play Friday, England were 220/2 in 70 overs. They still trail Australia by 58 runs. 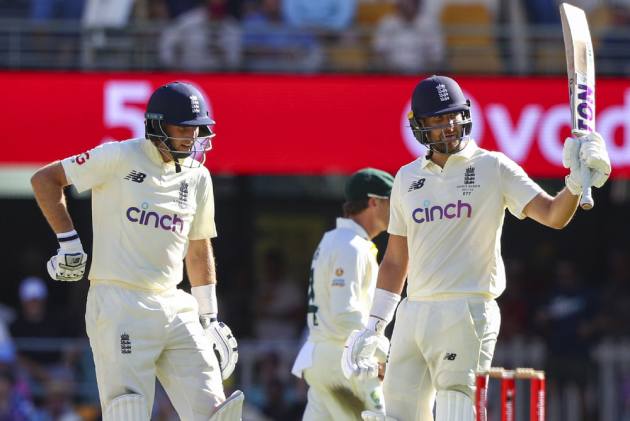 After two days of clueless cricket, England hit back in style on Day 3 of the Ashes 2021-22 series opener at The Gabba, Brisbane. At the close of play on Friday, the visitors were 220/2 in 70 overs and have reduced Australia's lead to 58 runs only. With skipper Joe Root (86 off 158) and Dawid Malan (80 off 177) stitching an unbeaten stand of 159 runs off 294 balls for the third wicket, England finally breathed easy.

But the job is only half done. And in the next two days, anything can happen. England were bowled out for 147 on the rain-affected opening day. On Day 2, Australian batters made merry with David Warner and Marnus Labuschagne scoring 94 and 74 runs respectively before Travis Head hit a tone. Head then reached his 150 on Day 3 and with Mitchell Starc, who scored 35 off 64, almost killed off the contest. England fought back and dismissed Australia for 425 in 104.3 overs to give themselves a chance to redemption. Ollie Robinson and Mark Wood took three wickets apiece, while Chris Woakes got a brace. England's second innings got off to usual fashion, losing both the openers Rory Burns and Haseeb Hameed early, back in the hut inside 21 overs. But Malan and Root dropped the anchor. Catch Day 3 highlights and cricket scores of AUS vs ENG, Ashes first Test:

Joe Root is getting medical attention. England physio in the middle, helping the skipper stretch and mending the hands.

As Mitchell Starc gets ready for his second delivery in the 43rd over, a fan evades the security cordon to the amusement of the crowd. Joe Root to face the ball. England trail by 151 runs. ENG - 127/2 (42.2)

Players are back for the final session. Mitchell Starc resumes the proceedings. Joe Root takes the strike.

Nathan Lyon with the final over before Tea. A maiden to Dawid Malan. Finally, a good session for England. 84 runs for 2 wickets in 28 overs. Dawid Malan and Joe Root are unbeaten on 35 and 26 runs respectively. England trail by 171 runs. 107/2 (36)

Dawid Malan is riding his luck. He first survives a caught behind appeal off the fifth ball, then a thick misses everyone at the crowded cordon. Josh Hazlewood is probing him. England trail by 213 runs. ENG - 65/2 (23)

And the Aussie skipper strikes in the first over after lunch. Rory Burns (13 off 27) caught behind. Stiff bounce doing the damage. Dawid Malan will join Haseeb Hameed in the middle. England trail by 255 runs. ENG - 23/1 (9)

Josh Hazlewood with the final over before the lunch. And England survive eight overs. They trail Australia by 255 runs in the second innings. Haseeb Hameed and Rory Burns are unbeaten on 10 and 13 runs respectively. ENG - 23/0 (8)

Josh Hazlewood with his third over. Strays and Rory Burns flicks the fifth ball for a four. In the previous over, Haseeb Hameed hits Mitchell Starc for a four. England trail by 260 runs. ENG - 18/0 (6)

Rory Burns pulls Mitchell Starc for the first boundary of the innings. Six from the over. In the previous over, Josh Hazlewood, conceded a single. Meanwhile, David Warner is off the field. England trail by 269 runs. ENG - 9/0 (3)

And it takes six balls. Rory Burns is trapped in front. LBW, given. England take the review. And he survives. Just going over the top of the middle. No pairs as yet for Burns.

Mark Wood bowls straight and hits the stumps. Travis Head, going for quick runs, is cleaned up. But he returns a victor, having scored his maiden Ashes ton and third in his fledgling Test career. He scored 154 off 148, with 14 fours and four sixes. With that Aussie innings is done. They lead England by 278 runs. AUS - 427 (104.3); ENG - 147.

150 for Travis Head with a four in 1443 balls. He pulls the first ball of Jack Leach's 13th over to deep midwicket fence. And Leach breaches the 100-run mark. Going for runs.

Mark Wood with his second over of the day. A couple off the second ball as Mitchell Starc plays it to long leg. Unlike other English bowlers, Wood is cracking up pace.  Australia lead by 219 runs. AUS - 366/7 (91)

Ollie Robinson bowling in tandem with Chris Woakes. A single from his 20th over. Australia have added 45 runs in the last ten overs. Lead is now 212 runs and the eight-wicket stand between Travis Head and Mitchell Starc is 53 in 74. AUS - 359/7 (88)

England spent a long day at the Gabba on Thursday. David Warner rode his luck, Ben Stokes over-stepped the line but it were the Australians who laughed all the way to a commanding lead by stumps on Day 2.

The absence of James Anderson and Stuart Broad was felt and with injury concerns for Ollie Robinson and Stokes, England look seriously handicapped. Australia will not be bothered as they will want to add to their lead and then unleash their pacers on England, who were packed off for a paltry 147 on the first day of the match.

England bowlers will have to step up and Stokes, who is playing a Test match after March, will have to ensure that he justifies the faith that Joe Root has on him. There is a lot of pressure on Jack Leach. The left-arm spinner (1 for 95 in 11 overs), who was preferred over Broad, has been hammered by the Australians.

Travis Head, who scored the fastest century at Gabba off 85 balls, will look to build one more partnership with Mitchell Starc. Head and captain Pat Cummins combined in a 70-run stand that restored Australia’s dominance and accelerated the scoring as England’s fielding got ragged.