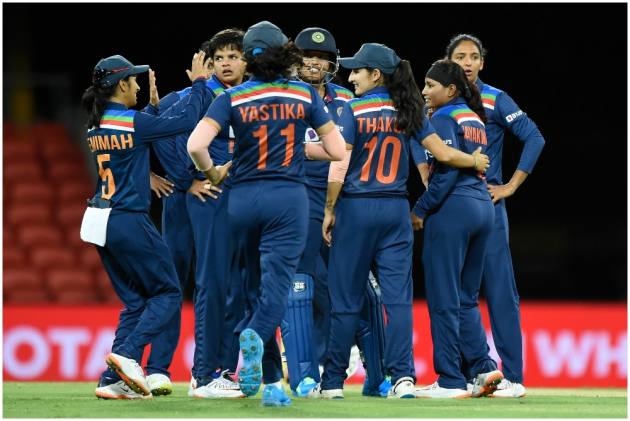 Not even a consolation win for India women. Three ODIs, one Test match and three T20Is. India won one, an ODI. The visitors were in a good position to finish the tour Down Under on a high after Smriti Mandhana and Jemimah Rodrigues showed their brilliance with the bat while chasing a 150-run target. But a middle-order collapse, which has become a norm for India, meant that India ended up losing the third and final T20I by 14 runs. The win helped Australis seal the multi-format series by 11-5 points. All three formats have been clubbed together and India after losing the ODI series by 1-2 margin, lost the T20I 0-2. Catch highlights and cricket scores of AUS-W Vs IND-W, 3rd T20I here:

Pooja Vastrakar (5 off 3) is clean bolwed. Nicola Carey looks like overstepping, but the replay confirms it's fine. India in trouble. 36 runs and 3 wickets in the last five overs. IND - 99/5 (16.2)

Tayla Vlaeminck on with her third over, and the best of the innings so far for India. Smriti Mandhana hits three fours to make it a 14-run over. IND - 25/1 (5)

Finally, India can laugh as Beth Mooney departs for a well-made 61, bowled by Rajashwari Gayakwad, caught by Harmanpreet Kaur. McGrath (36*). Australia  129/5 after 18 overs.

Mooney reaches fifty. The opener has been the backbone of this Australian innings. Tahlia McGrath is giving Mooney company in the middle. Mooney (61*), McGrath (21*). Australia 113/4 after 17 overs.

Beth Mooney losing partners at the other end. This time its very own Ellyse Perry as she hits straight at the hands of Pooja Vastrakar, off Deepti Sharma for 8. Australia 82/4 after 13 overs.

Pooja Vastrakar continues her golden run in Australia. The pacer forces Ashleigh Gardner to edge behind to Richa Ghosh for just 1. Australia 64/3 after 10 overs.

Hit Wicket! Pitched short, Meg Lanning goes to backfoot, connects well to hit the ball away to the fence, but little did she notice she ended hitting the sticks. Really unfortunate for Lanning as she goes home for 14. Australia 44/2 after 7 overs.

After staying quiet in the first over, Beth Mooney has finally opened his arm hitting Shikha Pandey for three consecutive boundaries in her next over. Australia look to have overcome the early setback. Mooney (25*) and Meg Lanning  (9*). Australia 38/1 after 6 overs.

Young Renuka strikes. And it's the big wicket of Alyssa Healy, who edges behind to Richa Ghosh for 4. Skipper Meg Lanning joins Mooney (1) in the middle. Australia 5/1 after 1.5 overs

What a start to this final game of the tour. Opening the bowling India's Shikha Pandey bowls a maiden over against the Australia opening pair of Alyssa Healy and Beth Mooney. Australia 0/0 after 1 over.

India have won the toss and they will bowl first.

Hello and welcome to this Outlook India coverage of the third and final T20 between Australia women and India women. With the multi-format series already lost, India will play for pride today.