The first three days of the second Pakistan vs Bangladesh Test in Dhaka have been hit by unseasonal rains due to Cyclone Jawad. Hosts Bangladesh are down 1-0 in this two-Test series. 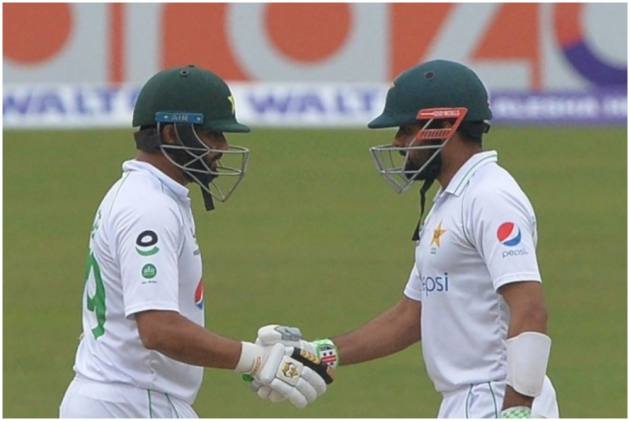 Cyclone Jawad has brought depressing news to cricket lovers in Bangladesh. Rain has robbed more than seven sessions of play in the second Bangladesh vs Pakistan Test in Dhaka's Shere Bangla Stadium. Only 30 minutes of play was possible on Sunday, the second day of the Test. Not a single ball was bowled on Monday. Pakistan, who won the first Test in Chattogram by eight wickets, are batting first in the final Test of the series. Follow here Day 3 (Monday) highlights of BAN vs PAK.

1:40 PM IST: The rain has not relented and Day 3's play has been called off, officially. It is expected that the next two days will be better. But you never know with the Rain Gods!

11:55 AM IST: Rain continues to hold up play. It's lunch time now and players are still in their hotel. There is also no official information. This BAN vs PAK series is important for both Bangladesh and Pakistan to win some World Test Championship points.

10:32 AM IST: Light rain continues. The sun is playing hide and seek with the rain clouds. If at all, play won't start before lunch. So the wait continues.

The rains haven't stopped yet and the players are still in their hotels. Although the conditions are a little brighter compared to what it was in the morning. The covers are still on.

Most of this Test match between Bangladesh vs Pakistan has been wasted due to rain. Pictures on Day 3 morning don't look good either. With continuous heavy rains in Dhaka since last night, the covers are firmly on and there is plenty of water in the outfield. Both the teams haven't left their hotels yet. So we will have a delayed start.

It was largely a rainy Sunday in Dhaka. Bangladesh, desperate to square the two-Test series after losing the first Test in Chattogram, have been left in the lurch by the cyclonic depression over south-west Bengal. The weather is expected to get better on Monday as the cyclone is moving westwards towards the eastern coast of India.

Pakistan are in no hurry to play. Thirty minutes of play was possible on Day 2 on Sunday. After play started after lunch, Pakistan added another 27 runs in the 6.2 overs possible without any loss of wicket.

The tourists were 188 for two with Azhar Ali scoring his 34th half-century. At close, Babar Azam was batting on 71. Azhar Ali was unbeaten on 52.The duo has added 118 runs for the third wicket.

It will be an early start on Monday, weather permitting. Ninety-eight overs are expected to be bowled. Bangladesh will hope that the rain stays away.