With this win, Pakistan won all their five Super 12 matches in the T20 World Cup. Pakistan will face Australia in the semifinals. 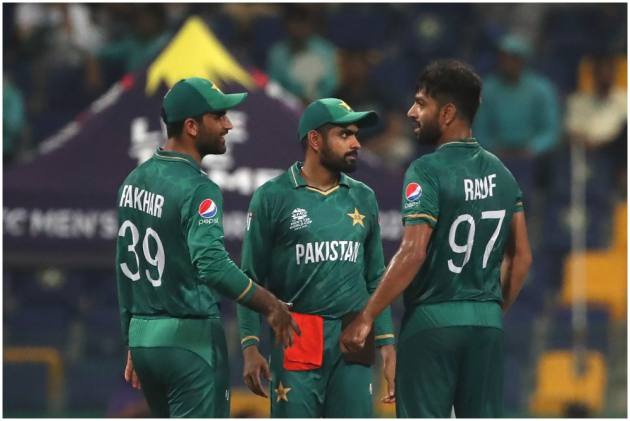 Pakistan will be eyeing their fifth straight win in Group 2 in Sharjah on Sunday night. The first team to enter the T20 World Cup semis, Pakistan will clash with Scotland, who are winless in the group and will need some extra special effort to push Babar Azam's team. Should Pakistan beat Scotland, they will emerge on top of their group and will then clash with Australia (No. 2 in Group 1) in the semis. It may sound arrogant, but Pakistan will look for some solid match practice against Scotland, who qualified from Round 1 along with Namibia. The Scots have been disappointing in the Super-12. Afghanistan routed them by 130 runs and India smashed them to bolster their net run rate. Scotland have some exciting players like George Munsey and Richie Berrington. Mark Watt's left-arm spin can be a test for Pakistan's right-handers. Sharjah's conditions usually see scores around 140-150. Because of the dew, teams winning the toss usually decide to bat second. Get live scores of PAK vs SCO here.

Pakistan vs Australia in Dubai (November 11)

That's it. Pakistan have beaten Scotland by 72 runs to make it five wins from five Super 12 matches. Richie Berrington is surely the hero for Scotland as he top-scored with 54 from 37 balls. Scotland might have lost all their Super 12 games but they would be proud by the way they finished the tournament.

100 up for Scotland. A pretty satisfying performance from the Scots. Richie Berrington (51*) has played his part and will remember this innings for long. Not only him but the whole Scotland team.  Scotland 108/5 (18)

Following a double strike by Shadab Khan in the 11th over, runs have come pretty fluently for Scotland. Both Richie Berrington (27*) and Michael Leask (14*) have batted with authority against an experienced Pakistan attack as they near 100-run mark. Scotland 81/4 (15)

This is probably the best defence from Scotland batters in the Super 12. The runs may be low but the positive thing is that Scotland have lost only two wickets in the 10 overs they have played so far. Matthew Cross was the last man to be out. Scotland 41/2 (10)

The floodgates finally open for Pakistan as  Hasan Ali breaks the defence of Kyle Coetzer, clean bowled for 9. Scotland 23/1 (5.3)

George Munsey (5*) and Kyle Coetzer (5*) give Scotland sound start. With nothing to lose, the openers should play their shots and not hurry like the previous matches. Batting for long against opposition like Pakistan will do only boost their confidence. Scotland 11/0 (2)

Five sixes and a four in the last two overs from Shoaib Malik helps him to fifty in 18 balls, same ads KL Rahul vs Scotland. Malik finishes at 18-ball 54 not out while Pakistan reach 184/4 in 20 overs.

Finally, Chris Greaves gets his man. Babar Azam fails to get on the ball completely, the slowness does the trick, to find George Munsey for 47-ball 66. Pakistan 146/4 (18)

Babar Azam guides Hamza Tahir for a single to bring up his fourth half-century of the tournament. With this fifty Hafeez now has most 50+ scores as captain in T20Is. Others in the list include Virat Kohli (13), Aaron Finch (11) and Kane Williamson (11). Pakistan 124/3 (16)

Mohammad Hafeez brief cameo comes to an end. The veteran hit a six and a couple of fours in the over from Safyaan Sharif to Hafeez before being trapped in front. He goes for 19-ball 31. Pakistan 112/3 (14)

Fakhar Zaman's poor form with the bat continues. Chris Greaves bowls short-wide googly, Zaman plays a slog-sweep across the line, miscues it to straight at the hands of Leask for 8. Pakistan 60/2 (10). Mohammad Hafeez (1*), Babar Azam (30*).

Finally a breakthrough for Scotland. Hamza Tahir bowls wide, Mohammad Rizwan gives himself room to cut but ends up having an inside edge to wicketkeeper Matthew CrossRizwan goes for 15. Pakistan 35/1 (6.1)

After hitting a four and a six in the fifth over, Pakistan could only manage three runs in the sixth to end the powerplay at 35/0. Babar Azam (17*) and Mohammad Rizwan(15*).

Pakistan are playing the cautious game against Scotland today. Babar Azam and Mohammed Rizwan have continuously rotated the strike this evening with just a single boundary so far. Pakistan 18/0 (4)

Mohammad Rizwan now has the most T20I runs in a calendar year with a single from Bradley Wheal. He now wons 1666* runs in 2021. Others in the list are:

Hamza Tahir starts with just a run for Scotland. Babar Azam and Mohammad Rizwan are opening the innings for Pakistan. Pakistan 1/0 (1)

Scotland have crumbled under pressure in this tournament and Babar Azam is clear in his mind to bat first, put a healthy total on board and give the bowlers some practice ahead of the semis.

Pakistan have won the toss and they will bat first.

With New Zealand beating Afghanistan few moments ago in Abu Dhabi, India have been officially knocked out of the tournament. New Zealand top the group currently with eight points -- same as Pakistan -- because of their better NRR. The Pakistan-Scotland tie will determine who finishes the group.

Hello and welcome to the penultimate Super 12 encounter in this T20 World Cup between Pakistan and Scotland. The match is a dead rubber as Pakistan have already qualified for the semifinals with four wins. For Scotland, they haven't registered a win in the Super 12 and would consider this match as a learning experience.