SA Vs IND, 1st Test, Day 2: Play Called Off Due To Rain - Highlights

Not a single ball was bowled on Day 2 of the first Test between South Africa vs India at Centurion. At the end of the opening day's play, India were strongly placed at 272 for three in 90 overs. 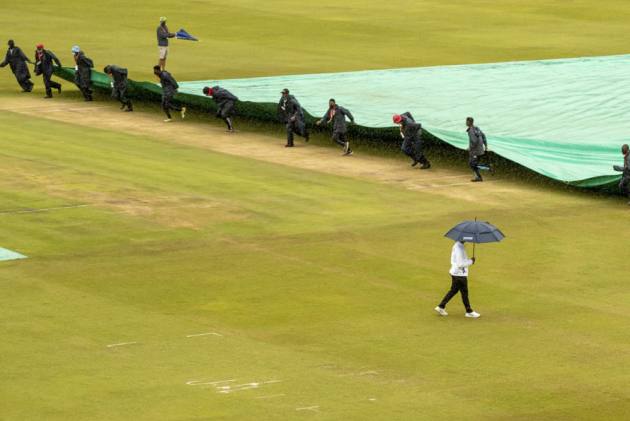 Finally the inevitable happened. The second day's play of the first Test match between India and South Africa was called off without a ball being bowled due to persistent rain since morning in Centurion on Monday. India ended the first day at 272 for three in 90 overs, with KL Rahul unbeaten on 122 off 248 balls. Ajinkya Rahane, on 40 off 81 balls, was in his company. Opener Mayank Agarwal made 60 off 123, while captain Virat Kohli made 35 off 94 balls. Lungi Ngidi took all three wickets, including that of Cheteshwar Pujara for a first-ball duck. Catch Day 2 highlights of SA vs IND, Boxing Day Test:

An entire day's play is lost. No play on the second day of Boxing Day in Centurion. Play will be extended tomorrow.

5:23 PM IST: It's stopped raining. Meanwhile, here are some unforgettable moments in world sports in 2021, in pictures.

It's gotten darker as well as the ground remains under covers ðÂÂÂÂÂÂÂÂÂÂÂÂÂÂÂÂÂÂÂÂÂÂÂÂÂÂÂÂÂÂÂÂÂÂÂÂ#SAvIND pic.twitter.com/vdUJiNeDTS

The covers are back on the field

2:27 PM IST: Ok. the rain is back in Centurion. And the scheduled inspection is as good as canceled, for some time.

2:16 PM IST: Rain has stopped, but covers are still on. Even if the rain stays away, it will take some to make the ground play-worthy.

1:41 PM IST: Groundstaff were drying up the ground, then rain returns again. The day's order of play, it seems.

Start to second day's play delayed due to rain.

The Centurion wicket has been good for batting and KL Rahul has taken maximum advantage of it. After India won the toss, Rahul and Mayank Agarwal had put together India's first century opening stand in South Africa since 2010. Agarwal and Virat Kohli, badly in need of a big score, could not convert their good starts. Rahul did.

The much-touted South African pace attack was well handled by the Indian top order. Lungi Ngidi (3/45) was the only wicket-taker for the hosts and he was lucky too. Kohli's wicket was a gift as the Indian captain chased a wide ball and nicked it.

India will aim to consolidate their position on Monday. KL Rahul will start at his overnight score of 122 and Ajinkya Rahane, another Indian veteran who is in dire need to score a big one and secure his Test future, is batting on 40. This Rahul-Rahane duo has put on 73 runs for the fourth wicket and is looking good for more.

The series is the first assignment away from home for new India coach Rahul Dravid and India is searching for their first win in South Africa on their eighth Test tour to South Africa.